Last week on my own blog, I posted an essay by a high school student who was assessing the state of his education. It is marked, he writes, by a state of uncertainty and inconsistency. Here’s a snip:

Kids love to learn. They hate school. School has become a life draining institution that takes passionate, longing kids and leaves them hollowed husks, begging for a passing grade so they have a slightly better chance to move to the next year. Too many have simply given up. Too many, students and teachers alike, have given up on each other, and the system designed to enlighten us, when in reality all is does is throw us into uneducated darkness.

It’s a pretty scathing indictment, one that was confirmed by a number of Tweets and comments from parents and teachers expressing similar feelings and experiences. To be honest, it gave me another perspective as to the reasons why our kids seem so disengaged, my own included. It’s harder to stay focused if you don’t know what’s coming next. It’s harder to be productive. And even more, his feelings resonated with my own uncertainty of this moment, how much everything seems in flux, shifting, unpredictable. And not just in an educational sense, but in a personal sense as well. When we explode the record for the hottest year on earth, I can’t help but pause and wonder what we’ve got ourselves into, what the outcome might be. 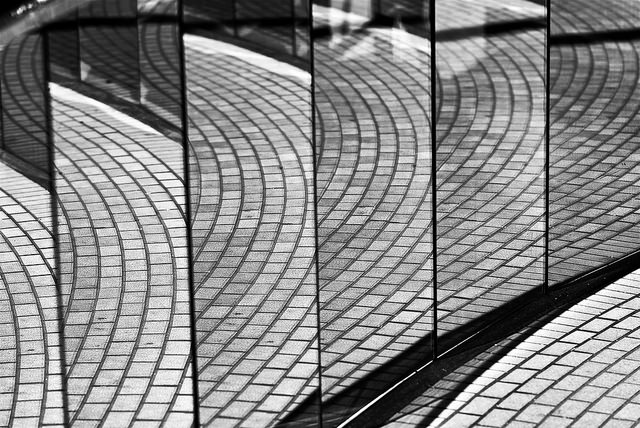 So it’s no surprise that when I saw a Stowe Boyd piece come through my inbox titled “Welcome to the Postnormal Paradox” something about that title pulled me in. And it led me to another post by someone I’d never heard of, Ziauddin Sardar, who six years ago was putting voice to many of the things I feel today. Apologies for the extended snip, but I think it’s worth the time.

All that was ‘normal’ has now evaporated; we have entered postnormal times, the in between period where old orthodoxies are dying, new ones have not yet emerged, and nothing really makes sense. To have any notion of a viable future, we must grasp the significance of this period of transition which is characterized by three c’s: complexity, chaos and contradictions…

…The espiritu del tiempo, the spirit of our age, is characterised by uncertainty, rapid change, realignment of power, upheaval and chaotic behaviour. We live in an in-between period where old orthodoxies are dying, new ones have yet to be born, and very few things seem to make sense. Ours is a transitional age, a time without the confidence that we can return to any past we have known and with no confidence in any path to a desirable, attainable or sustainable future. It is a time when all choices seem perilous, likely to lead to ruin, if not entirely over the edge of the abyss. In our time it is possible to dream all dreams of visionary futures but almost impossible to believe we have the capability or commitment to make any of them a reality. We live in a state of flux beset by indecision: what is for the best, which is worse? We are disempowered by the risks, cowed into timidity by fear of the choices we might be inclined or persuaded to contemplate [Emphasis mine.]

There are moments when I read certain things and literally get chills. This is one of those times simply because of how deeply this resonates with where my brain keeps swimming to, especially when it comes to the choices we face in education. I’ve no doubt that the realignment of education has begun, that the upheaval is only in its nascent stages. I don’t think most in education have nearly enough of a sense of what’s coming, or are thinking of strategies to deal with it. While I am seeing more and more of the people I meet and work with starting to ask harder questions, I still don’t think many fully grasp the level of uncertainty that we’re dealing with. For instance, this week at Davos, the World Economic Forum came out with a report on jobs that says:

On average, by 2020, more than a third of the desired core skill sets of most occupations will be comprised of skills that are not yet considered crucial to the job today, according to our respondents.

And that’s just one example.

Obviously, this is a time for innovation and creativity, not paralysis. But I think that too many educators feel like innovation and creativity are too risky when it comes to their students, that uncertainty is to be avoided rather than embraced. Too many are still confident in a comfortable narrative of the past that they cling to as a safety net. I get that, but I wonder what the effects of that will be in the long run. Actually, I don’t wonder. Kids will be more disengaged, more unprepared, more unable to adapt at the even bigger changes yet to come.

I try not to get too seduced too much by the “huge, fast change” stuff, but I’ll admit to buying into it quite a bit. Maybe I spend too much time with my head in those spaces online, reading and discussing. I can’t help feeling, however, that we need to wake up and get much more informed as a profession as to what these uncertainties are, and start talking collectively about the solutions rather than arguing the merits of a legacy system that is dying a slow death.

3 thoughts on “Our Uncertain Moment”