For a few days last week, the world’s biggest edtech event, ISTE in San Antonio, made me confront some harsh realities.

Late on the third day, as I sat listening to our colleague Gary Stager’s ISTE session on the 50th anniversary of Logo, I was reminded of just how painfully incremental our adoption of computers in schools has been.  I mean, half a century is a long time, far too long a time for us to still be waiting to see what computers can make possible for learners.

Nineteen sixty-seven might have been the year of the Beatles’ Sgt. Pepper album, but more significantly, it was also the year educational computing as we know it was born.  It was the year that Alan Kay gave birth to the concept of a ‘laptop’ computer for kids, which he sketched on a flight back to the US after working with Jean Piaget, Seymour Papert, and some young students.  And, importantly, it was the year that Papert and others released the first version of  a computer language for kids, which they called Logo.

But Kay wasn’t simply thinking of his ‘laptop’ as a new medium of expression, or way of doing things more efficiently. Rather he saw it as a place where young people could create and explore new, powerful ideas. Where they could do things that were simply not previously possible, at levels of complexity never before imaginable. As an instrument whose music is ideas. Oh, how I longed to hear more of that music in San Antonio.

My visit to the world’s largest edtech event challenges me to explain our tardiness, because a review of the breakout session summaries, and in particular, a wander through the exhibit hall, highlighted just how much work is yet to be done. 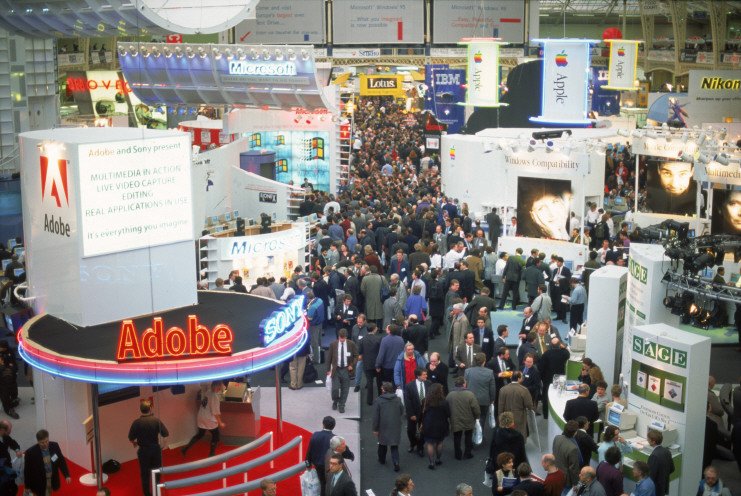 I mean STEM and all of its relatives, robotics, Maker, coding are now in full flight, and there were some excellent resources on show at the conference. But again, far too many were providing scripts for teachers and instructions for students, or had dumbed down the coding required so that it more closely resembled a draughts set, rather than any real programming. Our kids, and our teachers are capable of more than that.

Seriously, what more can you say about that?

Subtext: Computers are a tool for teachers, rather than providing agency to kids, who obviously can’t be trusted.

So my post-ISTE reflection suggests we’re trapped in a low-bar loop. Yes we are finally starting to reach a critical mass in terms of computer density in our schools. Millions of kids now have a computer in school, but their use and the power of the “device” they use is not about exploring powerful ideas, but rather about sustaining the status quo. If we filter them, lock them down, limit their capacity and make them “simple” and ‘ and “easy” to use then they fit into the “regularities” of school.

The low-bar loop is then completed when critics reasonably observe that not much has changed. That for all the money that has been spent, there is little ‘evidence’ of benefit. And sadly, for the most part, they are right, because above all, it’s about maintaining existing practice-not disrupting anything.

Poster on the vendor floor: “Our software protects the classroom, your syllabus and lesson plans by filtering for any unwanted activity. It prevents the production of dangerous or unwanted items, lowers school costs”

And what about the learning?

Subtext: Computers are harmful and should be locked down and told to behave.

So these ‘regularities’ of school, the legacy assessment practices, the artificial subject barriers, the rigid scheduling are a dead weight to developing powerful ideas which are now possible for every child who is ubiquitously connected to our abundant world. As Seymour Sarason describes them:

The “regularities” of that culture—patterns, rules, and procedures that are mostly unseen and assumed—tend to undermine the basic purposes of educating our youth. These regularities are what might be called “ways of doing business in school.”

These regularities are not immutable “laws of nature,” nor are they the result of careful assessment of the efficacies of practice. They persist because they go unexamined and unchallenged (“But we’ve always done it that way!”). Only when we uncover such regularities can we decide whether they serve our purposes as educators.

So in the midst of the euphoria of early computers in schools, these regularities were often just ignored. Those teachers who were bold enough to be using computers at that time were bold enough to not play by the regularities and their associated rules, and powerful ideas were allowed to develop. Those were days when I worked with nine year olds who were programming games and robotics in ways that kids almost twice their age seem to struggle with today.

Poster on the vendor floor: “Helping teachers meet the needs of every student: Deliver the perfect lesson to every student …watch your students grow!’ rocketship icon (sic)

Obviously not too familiar with the concept of student agency.

We’re circling the wagons, not moving head. At one level it is inertia and prejudice, but at another, the possibilities are simply trapped by what Sarason’s ‘regularities’ of school.

If you want to explore big ideas, you can’t get serious in a fifty-minute lesson, and it’s even harder to compartmentalize those ideas in a subject just because it fits the school schedule. Powerful learning is about discovery, about being curious, about being inquisitive. We learn through experiences that allow us to construct knowledge and build a deeper understanding of ideas and concepts that we are then able to apply in new contexts.

And for that to happen we need to start with a a pedagogical shift from delivery to inquiry. For far too long the pedagogical emperor has had no clothes, and it’s about time we told him he’s naked. Sure he might have a computer, but if he doesn’t seriously commit to changing practice, he might as well not bother buying any clothes.

It’s funny how often people talk about pedagogical shifts, and just how little you see.

After fifty years surely it’s time we took the chains off the opportunities, unleashed the possibilities and enabled teachers and students to pursue learning in its most powerful modern form.

But to do this we need to address the influence of these regularities that underpin traditional school culture. We need schools that are designed around flexibility, rather than rigidity; that are built around creativity and discovery, not routinization and efficiency. It’s about describing a place where learning knows no boundaries, which is what modern contexts demand.

Why should computers in schools be confined to computing the sum of the squares of the first twenty odd numbers, and similar so-called problem solving uses? Why not use them to produce something? There is no better reason than the intellectual timidity of the computers-in-education community which seems remarkably reluctant to use their computers for any purpose that fails to look very much like something that has been taught in schools for the past centuries.

Forty-six years later, they were right.

8 thoughts on “Where Have all the Powerful Ideas Gone?”