Microsoft and Minecraft. Each week, Educating Modern Learners will pick one interesting current event – whether it’s news about education, technology, politics, business, science, or culture – and help put it in context for school leaders, explaining why the news matters and how it might affect teaching and learning (in the short or in the long run). This week (the week of September 8), Audrey Watters looks at reports that Microsoft is set to buy Mojang, maker of the popular game Minecraft. 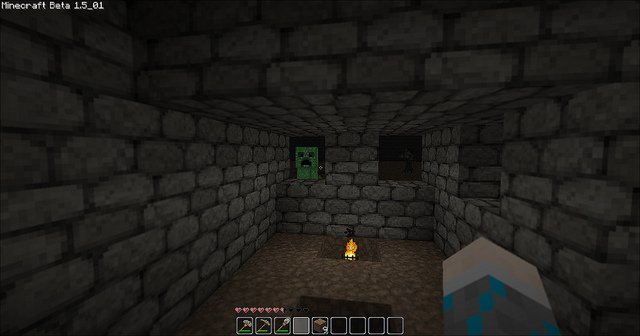 Apple held a major press event on Tuesday, unveiling the latest iPhone and a new Watch. And typically, when Apple holds one of these events, it’s the biggest technology news of the day, if not the week. Other companies even withhold their news as the headlines are dominated by analysis (and often adoration) about Apple’s products.

But Apple’s announcements might have been trumped this week by a report, first published by The Wall Street Journal, that Microsoft is on the verge of acquiring video game maker Mojang for $2 billion.

If you don’t know who Mojang is, chances are your students do. The Swedish company is the maker of Minecraft, one of the bestselling (and beloved) video games in history.

Neither Mojang nor Microsoft have confirmed (or even commented on) the news.

The reports of an acquisition do come as a surprise to some, particularly as Mojang is renowned for being fiercely independent (and Microsoft is probably as far from “indie” as any tech company could be). Mojang has eschewed venture capital, for example, and its founder Markus “Notch” Persson has been outspoken with his criticisms about large tech companies, including EA, Facebook, and Microsoft.

While the rest of the gaming industry has gone with increasingly flashy graphics and elaborate story lines, Minecraft has remained decidedly “low tech,” with blocky graphics and open-ended gameplay. The company has allowed users to create their own “mods” (modifications) to the game. And rather than charging ongoing subscription fees to play the game, Minecraft is available for purchase for a one-time fee. All of these things make Mojang a very different sort of video game company.

Minecraft has become incredibly popular with all ages, and the game has seen adoption in the classroom as well. A special education version, MinecraftEDU, makes it easier for teachers to run Minecraft servers and manage in-world activities. It’s unclear how MinecraftEDU would be affected by an acquisition. (The company has a special licensing deal with Mojang.)

Bloomberg is reporting that “Notch” would leave the company following the Microsoft acquisition. And “Notch” has really been the lynchpin throughout Minecraft’s history: it was his idea, and he set up Mojang to handle the revenue he’d earned from the game.

Microsoft has, of course, purchased gaming companies in the past, most notably acquiring Bungie in 2000. Developers from that company went on to build Halo, one of the most financially successful video games and a centerpiece for Microsoft’s Xbox gaming platform. But the acquisition was rocky. Bungie founder Alex Seropian left Microsoft shortly after the release of Halo, and the company was spun out from Microsoft so as to give the game makers more autonomy.

Microsoft is under new leadership now, with Satya Nadella replacing Steve Ballmer earlier this year. Will Nadella make Xbox and gaming a more central piece of the Microsoft business?

And if Minecraft does become part of that business, how will its fans react? And how might the game change if it becomes part of the Microsoft, rather than the indie-gaming culture? And how might all of this impact schools who’ve embraced Minecraft as an open-ended sandbox for “making” and playing?