How do you identify potential?

Do you know what potential looks like, long before it is realized? Some examples are obvious.

You know the sort of kid I am talking about. Almost from when he started to walk, he had a ball in his hand. When he threw it, he was a natural, and he could anticipate a catch from almost any angle.  You liked to think he had some genetic advantage…or did he? If he were your child, you’d say yes.

Potential identified, at a very early age; then nurtured, rehearsed, practiced until potential becomes a passion. Isn’t that the perfect mix?  Or is it that his passion showed his potential? What comes first? Either way, helping him to navigate where his passion might take him becomes the main game. 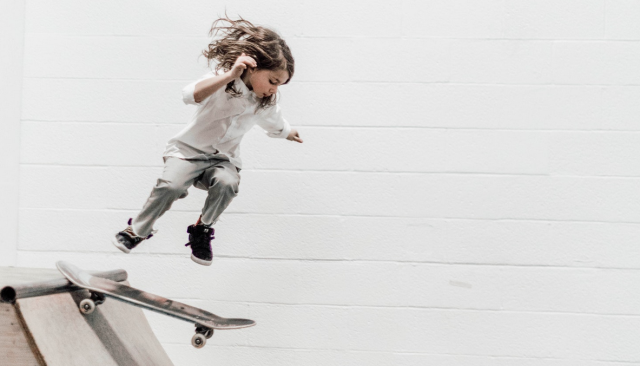 And the young girl who came onto the planet with hand-eye coordination you can only dream about. Must have been busy in the womb practicing, because her instinct for where the ball is seems as natural to her as breathing.

We talk about it all the time. Identifying prodigious talent early. So how well do we do it off the sporting field?

Ironically, it’s often creative talent that probably lines up next best; music, art, dance and for some theater. It’s talent that stares you in the face. No aimless doodling for this three-year-old. She’s got an instinct for where a paintbrush can go that many adults can only wish for. And we all know the kid who was born to be on a stage. He’s not always going to be the one who walks in a straight line in a classroom, because that’s not what creative minds do.

What About the Rest?

So that takes care of maybe 5 or 10% of your students…what about the rest?

I’m not talking about the child genius, who can spell, read and write before he goes to school and gets all the school accolades that make her, and importantly her parents, proud as punch. We see enough of them to know that school knows how to respond to their talent.

I’m talking about the other kids. The vast majority.

What about Ollie for instance? Ollie’s not as fortunate as our future ball players, artists, actors or marathon readers. Because Ollie’s talent isn’t on the scoreboard. Because his talent doesn’t fit the mold, and it certainly doesn’t fit our subject silos. Because Ollie’s gift is fixing stuff…and while it does rate a rare mention from his dad whose genetics may also have given Ollie a kick start,  fixing stuff, cars, in particular, doesn’t rate too highly in elementary school. Least of all when he’s supposed to be barking out phonics or dividing fractions, which not surprisingly has caused him some serious grief. Oh, and just by the way, he’s a bright kid…not that anyone seems to have noticed.

You see Ollie hasn’t had a very privileged life, so much of the time he’s just focused on trying to keep his head above water, and above all trying to find his place in the world while school is just way too busy to notice his prodigious talent for fixing things. Not just one school. He’s up to four, and this will be his last before he is probably lost to the system, along with his talent.

Then there’s Maddy, whose family circumstances couldn’t be more different to Ollie’s because failing to identify talent knows no demographic or cultural boundaries. Sadly, it’s just a barely noticed side effect of the learning architecture of school; the schedules, the age groupings, the tests and grading and so much more that we take for granted and rarely question.

Because in Maddy’s case her passion, her talent sat slap bang in the middle of school’s ‘top priorities,’ namely writing. Ever since Maddy was old enough to read and write, all she wanted to do was to become the editor of Vogue. Yeah, I know, big dreams, big deal. Well, it was for Maddy, and in keeping with her passion, she had a gift for writing.

So, you’d think she was in the sweet spot for that talent to be nurtured, maybe even have her selected for a role with the school magazine. You’d think so wouldn’t you? Nope, and so another hidden gift gets looked over, ignored because, well, there’s so much more important stuff she has to get through in school. So much more important than nurturing Maddy’s innate talent, or Ollie’s…or so many kids that we all know. And sadly for many, their talent is not only lost in the maze of school, but for many, it is never seen again; because it’s buried in the thirteen or so years they all spend doing the ‘essential’ stuff.

For kids like OIlie, he’s told he simply doesn’t have the ‘intellectual capacity.” But for what? For what matters to Ollie? Or is it just that kids like Ollie are uninterested, disengaged, disenfranchised and incapable of premeditated school learning?

And it manifests itself in so many ways. It’s the chant of “college ready” for kids whose passion and talent might be far better nurtured in the workplace or being mentored or apprenticed or…

I’ve written before about school being a talent search, and for that to be realized, we have to think more carefully about our ability to identify potential; seeing talent before it is obvious.

Identifying a child’s gift is about treating each as an individual with unique talent which deserves dignity and respect for the learning choices they make in their journey to develop that to its fullest potential. That’s when attitude, disposition, and resilience all come into play and have real meaning to a child because they are couched in a context that makes sense to them. That’s when Gary Stager’s reference to a child having a “remarkable capacity for intensity” really comes into play.

So, take another look at the headline for this post, then see how many kids you can help find their amazing thing.

4 thoughts on “Every Kid Can Do Amazing Things”