What lessons can we learn from the disastrous iPad initiative in Los Angeles? EML co-founder Bruce Dixon looks at what it’s obvious people still haven’t learned about 1-to-1 initiatives, despite decades of efforts to put computing devices in every student’s hands. 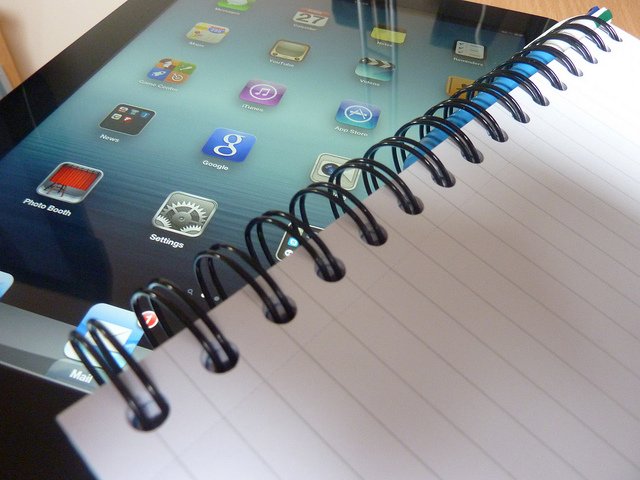 It was never a question of if the 1-to-1 initiative would implode, but rather when.

It was never a question of if the 1 to 1 initiative in the Los Angeles Unified School District would implode, but rather when. But while much has already been written about the failed rollout, little seems to have been learned.

It is a sad truism that we too often learn not from what others do, but more from what others have not learned; and so it is timely to reflect on the lessons of what has become a very public experience for leadership across that district. It should be noted that despite appearances to the contrary, this was not the first 1 to 1 initiative, or in fact even the largest, but it has probably had the most public commentary and so deserves some reflective insight that might be valuable for other educational and policy leaders. Here are six thoughts on what we might learn from LAUSD:

The end of the education technology grandstand. The iPad initiative at LAUSD was not the first time leadership has sought to use technology to grandstand, but it is hopefully the last. Indeed if leaders learn anything from the LAUSD debacle it should be to think of technology initiatives as they do utility initiatives; first make sure they work before claiming credit and seeking recognition.

This has sadly not been the case in many past ed-tech initiatives, and the consequence of public failure is not just the impact that has on the project in play, but how it also undermines the broader community’s believe in both the education sector’s ability to manage large projects, and more specifically, how it eats away at their understanding of any cost benefit analysis of technology use in education.

The last gasp effort at transformation that doesn’t transform. Despite repeated assurances about the potential of technology to transform education, few ed-tech initiatives have actually done so. In fact, if we could measure the extent to which we have in any way genuinely transformed the experience for our modern learners through the billions that has been spent globally, we would have to give ourselves a very low mark. But if we reflect that much of those funds were spent isolating students in computer labs for rare and occasional use as we sought to integrate or ‘inject’ technology into orthodox curriculum, the paucity of impact is explainable. Contrasting this is the emergence of a rapidly growing number of modern educational leaders who have a holistic view of education transformation, and while they see ubiquitous access to technology for their students as a given, it is also only one small step.

The outstanding technology initiatives that are gaining momentum globally are not those who have sought the highest public profile, but rather those that have been situated in a deep commitment to building a shared vision of teaching and learning within the context of the modern world our young people are growing up in. It takes time, and it takes a community, but only then is it truly transformative.

The danger of non-educators influencing educational decisions.  To some this lesson might appear like a stuck record, heard many times before, but maybe the public flogging of a $1.3 billion project might make people finally take notice. While we could go on forever about doctors not allowing accountants to design operating rooms and the like, for some reason, educational leaders repeatedly feel the need to defer to textbook publishers or technology companies when looking for advice on learning. Note the word learning, not education; this is not about an institution or what is stands for, but rather about pedagogy and how to create a modern learning environment for our young people.

This is not core business for anyone but educators, and while publishers continue to hang on to their traditional business models with every desperate cell in their bodies, educational leaders must move on and invent new models for supporting modern learners.  Accordingly educational leaders must assert a pedagogical lens across every technology decision they make…and not be misled by others who will ultimately compromise your students’ best interests.

The gloss has gone from the “Shiny New Objects.” iPads are not the first piece of technology that has distracted educational leaders from rational decision-making, but hopefully they will be the last. As we all know they are an exceptional piece of technology…when used appropriately, but whether they were ever designed to be the core device for all learners is highly questionable. We had PDA’s in the ‘90’s, thin client terminals a little later, and all sorts of cleverly marketed devices targeted as personal learning tools for young people…without any serious educational rationale for their use. All are simply a compromise for a fully-functional personal portable computer. Ubiquity and the consumerization of technology means we now have endless choice. Keep it simple, and don’t be distracted.

Whether LAUSD is a tragedy or turning point is currently debatable.

The weakness of hierarchy in modern leadership. Few would debate the vulnerability of the traditional hierarchical structures that have dominated education in a world that is increasingly connected and collaborative. Ubiquitous access shifts the paradigm and means that networks become the dominant platform for decisions, ideas and information.

For teachers it’s about reaching beyond the boundaries of their classroom or school to build collaborative learning networks, and for our young people it means that learning has already democratised to the point that we can no longer control what students learn. As Stephen Harris, the visionary leader from the Sydney Centre for Innovation in Learning stated at a recent conference,  “it also implies that as leaders we should more often model and run our staff interactions and capacity building sessions using only pedagogies we wish them to implement.”

Finally it suggests that school leadership is about building a shared vision across the wider school community, one that is widely connected and genuinely collaborative, and on which a leader can depend on to help make better decisions.

Timing is everything. As a corollary to the first lesson, it is prudent to note the degree of urgency that was implied in the LAUSD implementation. There is no prize for the most number of students having devices in the shortest time, but there is a booby prize for getting it wrong. Timing is not just about device deployment, but also about how and when you engage the wider school community to ensure their support, it’s about the educational rationale for the rate and choice of grade levels you wish to deploy to, and it’s about readiness of all sectors of your community to embrace the opportunity ubiquitous access provides students.

3 thoughts on “Lessons for Leaders from LAUSD”