As the school year comes to an end in the Northern spheres, and many attend graduation ceremonies and start throwing caps high into the air, it may be opportune to consider just how we define success.

While no doubt we want everyone to be successful in their own ways,  taken to an extreme the school sports can soon start to look more like a ribbon ceremony with every participant getting a ribbon or medal just for taking part. On the other hand, I’m sure we see too many instances of over enthusiastic parents who want their kids in as many competitive sports as possible, sometimes when they’re barely out of nappies, so they can “get used to the way of the world” or something like that.

Which brings us to the way the world does function, and for many decades, the corporate sector largely measured its success on profit and share price if they were a public company. However in stark contrast, in the mid-‘90’s John Elkington developed the quite radical notion of “the triple bottom line” (TBL). It consisted of three Ps: profit, people and planet. In his book,  Cannibals with Forks he passionately demonstrates how all businesses can and must help society achieve the three interlinked goals of economic prosperity, environmental protection and social equity, issues which he thought should already be at the top of the corporate agenda.

As the Indiana Business Review commented, “the trick isn’t defining the Triple Bottom Line. The trick is measuring it.The 3Ps do not have a common unit of measure. Profits are measured in dollars. What is social capital measured in? What about environmental or ecological health?”

How about that? Measuring success in the ‘real world’ can be just as difficult as it is in our schools. For an increasing number of companies their definition of success now embraces these much wider goals, and measures such as The Best Companies to Work For, have little to do with profitability but a lot to do with respect for their employees, which in turn translates them more attracting the talent they need….so they, in turn, can be more successful.

So how should we talk about success in our schools? As the Northern school year ends, can students say success was just making it to graduation? And what exactly does that mean? 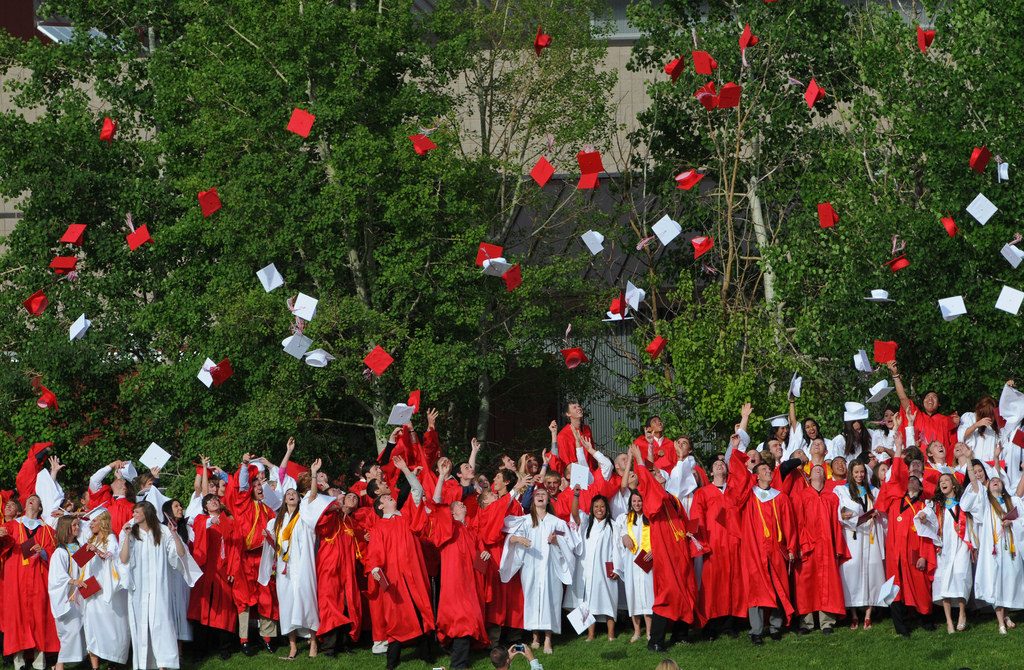 Does it simply mean they attended their school for most of the 180+ days of a school year for 12 or 13 years? Or do they measure their success by their GPA, their SAT? Or something else? I always think it’s sad that after all that time the main focus is too often on a single number, which after all, will be forgotten, and never referred to again, the minute they accepted into college, or work.

Maybe we could try and develop a better ‘triple bottom line’ for schools whereby test scores become just one component in measuring the success a student has in their time at school. No doubt in many places, a student’s application for college will include ‘extra-curricular’ roles and other achievements. But for the most part, a student’s school life success, certainly up until they graduate, is reflected by test scores.

How do you measure the intangibles of a student’s school experience?  Is it possible to measure a child’s level of self-directedness, and is that even a good idea?  How do you “measure” inquiry, or even failure? We too often forget that research and the scientific method are far more about failure than success, and it’s an everyday part of every sport our kids play. So what’s the big deal?

Reassuringly, many of the above initiatives are being addressed by some of the leading modern schools around the world, but it’s been a long time coming. Portfolios have had to go through many iterative years before they stopped looking like traditional evaluations, and frankly still have a way to go. Exhibitions and performance are growing prominence also.

Test scores are just one measure of a child’s ability, crude and narrow as they can be, but we should be reassured that the ‘real world’ of companies and corporations struggle just as much finding evidence of their success as we do for our students.