To administrate or lead, that is the question.

As we start to identify the essential components of a modern learning environment, our use of language becomes even more important in describing our meanings and intentions. Too often in the past, critical ideas have been marginalised, and their meaning appropriated beyond recognition, leaving only a shadow of the original intent behind.

Witnessing “1-to-1” being interpreted as any device, for any amount of time was bad enough; now we see the recent explosion of interest in “deep learning” with the phrase already coming to mean anything but deep and very little about learning. So it is with more than scant concern, that I am continually “amused” by the way we usually refer to those who lead our schools and school districts, as Administrators. Is that term really the best way to describe those people who we are counting on to drive a vision for modern learning, or are we reverting to habit, and in doing so demeaning the role of leadership in our schools?

I for one, never accepted my leadership role within a school as being predominantly administrative, yet there is almost a comforting acceptance by Principals when they are referred to as Administrators.

I for one, never accepted my leadership role within a school as being predominantly administrative, yet there is almost a comforting acceptance by Principals when they are referred to as Administrators. That is not, of course, to deny that the head of a school does not have ultimate responsibility to ensure their school functions effectively, and therefore is well administered, but should that be the way their role is best defined? 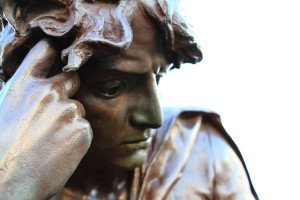 While it’s obvious that in times past, a major part of a school head’s role was about compliance and managing the associated bureaucratic functions, the role of a modern leadership today involves much much more. Why doesn’t the title reflect that?

At a time when we are talking continuously about school improvement, innovation, and transformation, school communities are first and foremost looking for vision and leadership. They are looking for people who can clearly articulate the ways we must respond to the demands our modern world is placing on the futures of our young people.

Let’s not hide behind what can too often appear to be overwhelming administrative necessities, but rather let’s promote the notion of school leadership as something that should be respected and aspired to.

That is also not to say that it is just about an individual, or a hero leader. Rather it is about “leadership” of many, with many, and for many. This demands our modern educational leaders share a responsibility to develop and nurture those within their faculty who identify as emerging or aspiring leaders. Those who see such a role as a critical obligation defines truly great leadership.

I was recently reminded of this in a conversation with such a leader, Tony Bryant, from Silverton School in Victoria, Australia, when I asked him about his succession planning.  Tony, who heads one of those schools which has openly hosted thousands of visitors in recent years, responded by saying he had recently checked back, and found that 18 of his past staff currently held Principal or Assistant Principals positions in other schools across the country.