I’m sitting in the office of Pasi Silander, Development Manager for the Helsinki Department of Education, and I ask him what he thinks really matters for young people in Finnish schools. His answer doesn’t have a 4 letter acronym starting with ‘P’ in it, in fact it doesn’t relate in any way to tests, scores or ‘student achievement’.  He just keeps it simple…

It’s an interesting answer, and not one that I am used to hearing in these days of high-stakes tests, international benchmarking, and school league tables. It’s not about making learning easy, but rather in Papert’s words ‘hard fun’. But it’s a common theme that is expressed throughout the two days of leadership workshops that I ran there recently. Some people think they’ve heard enough about Finland and its education system, but for me, it offers a wonderful contradiction from so many of the poor assumptions too many countries are making about their own schools.

No-one in Finland thinks they have all the answers, and in fact it is probably their humility that has much of their appeal to me. But they are proud of the cultural heritage which has born such respect for education, and the commitment that has demanded of their educators. But as the saying goes, we have not inherited our world from the past, rather we are borrowing it from the future, and so Finnish educational leaders are now busy focusing on what that future should look like for their young learners. The time has come for change.

Pasi continues, “We must stop focusing on what teachers do, but rather sharpen our focus on how our students learn, and how we can best design experiences that reflect that”. 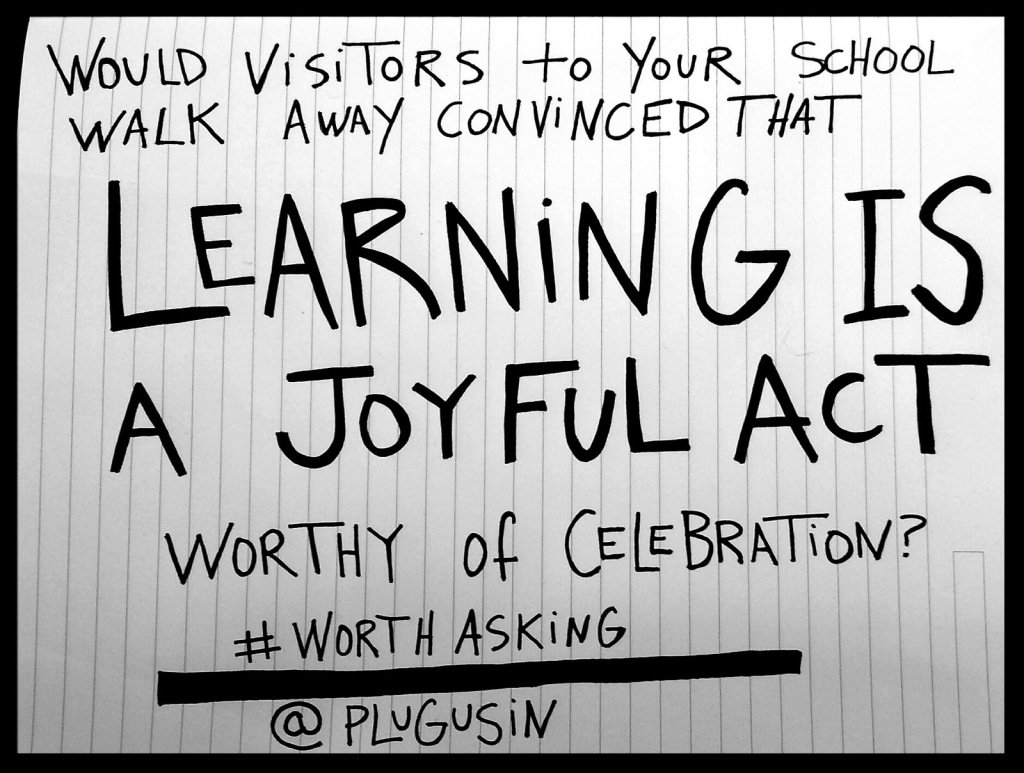 Peter Senge talks about learner-centered pedagogy and says we should be “tapping students’ innate abilities to understand systems by shifting from teacher-centered instruction to designing learning environments that engage students in their own questions and aspirations.” The Finns are on a journey to do just that.

It’s not that these ideas are new, but rather their adoption at a systemic level certainly is, and that’s all about leadership and belief. It was their belief in the past that they must offer all of their students the best (traditional) education possible, and so moving forward that focus on student’s learning means that it’s time to change. In recent times they have seen a shift in student engagement and the ways their young people are learning as the digital world blurs the line between formal and informal learning, and so now they are responding.

This ongoing focus on learning means there needs to be a pedagogical shift, some of which was heralded in the media earlier this year, but which has given rise to a variation on inquiry-based learning which they call ‘phenomenon-based learning’. This will require a lot of work because for many teachers it represents a significant shift in their existing practice. This is all happening in parallel with their ‘digitalization’ initiative which is now focused on improving student and teacher access to technology through the provision of tablets and laptops. Teachers, students and parents are just starting to come to terms with the transformation that is just starting to take place.

The early signs are often the most challenging, though not necessarily the most significant. For some even the decision to phase out cursive writing in Finnish schools in favour of keyboard skills was certainly something of a revolution, while others see it very much as an overdue response to the modern world their young people are growing up in today.

But the introduction of a passion-focused, phenomenon-based is now seen by the school leadership as a tool for pedagogical dialogue with teachers and between teachers, and so the intent is put in place changes that allow them to spend more time away from their traditional role as problem-solvers and administrators, and take a more central role as leaders of learning. This pedagogical shift also demands a move from teachers as the ‘lonely artisans’ in their classrooms to a collaborative role in planning, sharing and observing practice collegially.

No, it’s certainly not the end of explicit teaching, but rather a time to rethink when and how it can be better used in more appropriate ways that supplement and extend the learning experiences of students.

And none of this can happen in a vacuum. All of this can only happen with changes in the way Finnish schools function as Pasi outlines in his book with Pasi Mattila,  How to Create the School of the Future-revolutionary thinking and design from Finland…

“It takes time to change the operational culture. Change in the operational culture does not happen automatically or by developing a single aspect alone. Instead, all important aspects that affect change must be developed and advanced equally towards the school and students of the future. The learner is in the centre of change, and the focus of learning moves away from the teacher, textbooks and teaching, and towards a learner-centred, learning process-based and personalised learning….. Changing the operational culture requires changing the conceptions of learning and knowledge. The change must occur both in the staff and the learners as well as the learners’ parents, the spaces and the use of technology.”

What is also significant is the impact digitalization is having across Finnish society. This is not simply a process that’s taking place in schools. Across many sectors throughout Finland, there is substantive work being done exploring the impact of digitalization, including a recent investment by the government of nearly $5 million for ten different research groups from a wide range of institutions to explore the impact of digitalization across the broader economy.  They can see that the platform economy is rapidly reforming society, and they want to make sure they are part of it. While there’s no doubt that the demise of Nokia had a profound impact on the country, it also seems to have kickstarted a broad range of initiatives. This is indeed a country on the move.

My final reflection on this, my fifth time working in Finland, is their commitment to equality. Yes, I know this all ultimately resides in ideology, and to many, even to some Finns, these ideas around social cohesion can be hard to accept at times. It means insistence on equal opportunity to a quality education across the whole spectrum of schooling. …and at times that can be hard. But there are few instances of private education, charter schools or English-style academies which means everyone is invested in making their public system work in the best possible way.

Ultimately it helps explain why not only does their system perform well on international benchmarks, but they are even prouder of the fact that those same benchmarks show the least gap between the high-achieving and most challenged students of all countries across the OECD.  Some might call that targeting the lowest common denominator, others would simply say a rising tide lifts all boats. Either way Finnish students are certainly the beneficiaries.