Here’s my burning question for you in 2019: What are you going to do to change the experience that your students have in school to reflect more compellingly what you believe is the right thing to be doing for kids and learning?

It’s a loaded question, I know.

It suggests that as an educator, you’re currently employing practices that you don’t really believe in.

It suggests, also, that you are choosing to do that.

I figure the beginning of the year is as good a time as any to lay this conversation around change squarely on the line. (At least it’ll be all downhill from here, right?) And while I’m obviously trying to provoke, I’m also summing up a lot of what I’m leaving 2018 with in my head and in my gut. It’s a feeling borne out by conversations with thousands of educators  across about 150K miles of air travel this year, conversations that helped paint a complex if yet unclear picture for me of a turning point of sorts.

That turn is this: more of us are acknowledging the many problems of schooling and education than ever before. More of us know that, in the words of the oft quoted Russell Ackoff here, we’re “trying to do the wrong thing right.” And that these wrong things that we’re doing are not just because we haven’t kept up with the times. They are things we have been doing to kids all along.

Lately, I’ve been calling these the “unpleasant truths.” If you’ve interacted with our work at all, you know what many of them are. The truth is we don’t have shared language in schools about what learning actually is. The truth is we know that age groupings and siloed subjects and 45-minute blocks are not great conditions for learning. The truth is we know that grades are detrimental not just to learning but to a child’s well being. (If you want more proof of that, here’s a New York Times title from last week: When Report Cards Go Out on Fridays, Child Abuse Increases on Saturdays, Study Finds.) The truth is we know that the one thing our kids learn more than anything else is how to play the game of school, not what we’re teaching them in the curriculum. 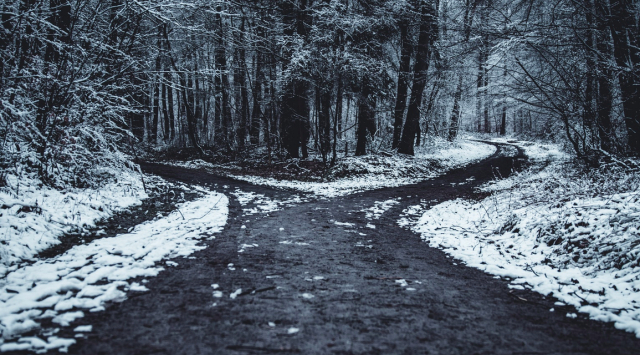 These are not “the right things” to be doing in school. And we know it. And I know we know it because throughout 2018 I have been challenging educators at conferences and workshops and family dinners to make the case for those things. To convince me that they would, given the opportunity, start with those things if they were to design and create their own schools. That desks in rows and a regular torrent of worksheets as homework and a constant drum beat of test prep curriculum would be an integral part of the vision for teaching and learning that they would raise their banner with.

No one ever makes the case.

Just last week it happened again at one of our Labs. “You know this,” I said, just before an extended, uncomfortable, almost eerie silence in a room full of struggling faces. “You know this.”

[bctt tweet=”In other words, if you want to do what you know is the right thing in schools, you have to first admit that much of what we currently do is wrong.” username=”willrich45″]Unfortunately, too often, what steps into that void is a sense of powerlessness to change any of it, to figure out how to stop doing the wrong things and focus on what we all know is right: giving learners more agency to pursue what matters to them, giving them opportunities to work on real problems that they care about, letting them find and revel in their learning bliss, whatever that may be. (This doesn’t mean, by the way, that we don’t teach or that we have nothing to offer them in terms of curriculum.)

In this case, the dissonance is more acute because doing the right thing shouldn’t be hard or scary or uncomfortable. I mean, you would think that acting on our deepest beliefs about learning would be fairly easy, especially in a system that has at its center the goal that all children learn. The irony is inescapable.

So why is it so hard? Why, when given the chance, do almost all educators envision designing something totally different from scratch than what we have right now in reality? Yet why, when confronting that fact, does so little ever change?

I think it comes back to being willing to tell the truth, to acknowledge – collectively – that we’re not doing the right thing when it comes to learning. To put that front and center in every conversation about what we do in classrooms and commit to changing it. And then to make a commitment to choosing action, as hard as it may be.

In The Dance of Change, Peter Senge has one of my favorite quotes as it relates to creating a path to becoming different. He writes “Leadership actually grows from the capacity to hold creative tension, the energy generated when people articulate a vision and tell the truth (to the best of their ability) about current reality.” Read that again. Leadership is when we first tell the truth and then move forward from there.

In other words, if you want to do what you know is the right thing in schools, you have to first admit that much of what we currently do is wrong. And then you need to choose to lead, to act in thoughtful, engaged ways to change the current reality.

2019 is starting with more uncertainty than any of us feel comfortable with. One response is to circle the educational wagons even more tightly and cling to what we know, to what feels safe. But another, I think much more effective response, is to choose to be honest about the learning experience in schools we currently have, and regardless of the challenge, to move forward thoughtfully from there.

My sincere hopes that more of us find the courage and commitment to do that this year.