One of our favorite phrases to use in education when we’re reflecting on the decisions we make in schools is “in the best interests of students.” As in we need to consistently put our kids ahead of anything else when we think about our practice and our systems.

And no one disagrees with that sentiment, right? No educator or parent would ever come out and say “Well, this isn’t in the best interests of our students, but we should do it anyway.” 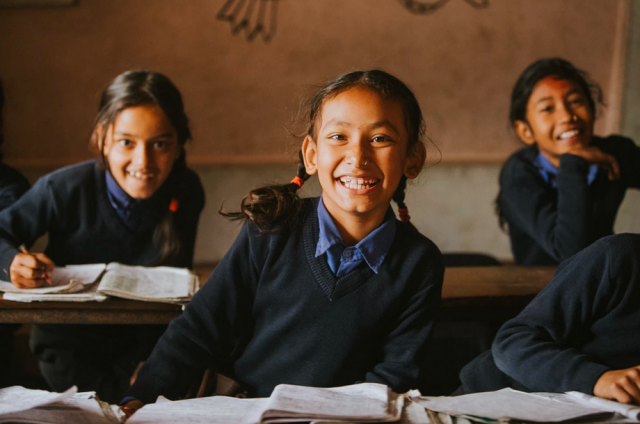 Yet, now that the new school year is upon is, at least in the Northern Hemisphere, it’s important to ask whether or not we are actually living that belief. And, it’s important to assess just how willing we are to put everything we do through that lens. As in, do we have the courage to be honest in answering that question. (My favorite Peter Senge quote works here again: “Leadership actually grows from the capacity to hold creative tension, the energy generated when people articulate a vision and also tell the truth (to the best of their ability) about current reality.”)

If you’re not already feeling some trepidation at going through that exercise, you probably should if you’re in a fairly traditional public, private, international, or charter school. It’s not that hard to start finding dissonance between what we say we want and what we actually do.

So, some truth telling.

If we really have our students’ best interests at heart, then it’s good to know that we’re all working right now on plans to move school start times back to at least 8:30 am if not even later. All of the evidence shows that starting school earlier than that leads to sleep deprivation and has a negative impact on a child’s ability to learn. In other words, starting later is a condition for real learning to happen.

Given that the primary focus of education is to maximize human potential, then a new task before us is to ensure that the conditions in which learning takes place address the very biology of our learners.” ~Mary A. Carskadon, PhD, Brown University

If we really have our students’ best interests at heart, then we would stop giving them grades. Alfie Kohn sums it up:

When students from elementary school to college who are led to focus on grades are compared with those who aren’t, the results support three robust conclusions: First, grades tend to diminish students’ interest in whatever they’re learning. Second, grades create a preference for the easiest possible task. And finally, grades tend to reduce the quality of students’ thinking.

By the way, on this note, according to a Pew Research Center study on teen stress and anxiety (which is rampant, by the way), 61% of teens say they feel a lot of pressure to get good grades. We good with that?

If we really had our students’ best interests at heart, we would get rid of high stakes standardized tests. The case against them is well articulated and compelling. And frankly, the idea the we have 11-year olds in this country taking high-stakes tests knowing full well that the livelihood of their teachers may well be at stake in the results…well, that’s just abuse, plain and simple.

And while we’re discussing tests, how about we get rid of the whole Advanced Placement thing while we’re at it as well. As the heads of eight prestigious independent schools in the Washington DC area recently wrote, the chase to prep students for the AP test significantly narrows opportunities for real learning to happen in classrooms, one of the reasons those heads are phasing out AP courses over the next two years.

We could go on, right? If students’ best interests are really at the heart of our work, we should be changing quite a bit of what we do.

It’s a heavy lift for most educators, I know. We’re fighting all sorts of legacy practices and well-worn narratives that would be upset should we develop the courage to take these changes to heart. Even the smallest shifts in our thinking and practice seem to take inordinate amounts of time, and our patience for the change process is thin. And, it’s easier to focus on efficiencies and comfort than it is to engage in conversations around reimagining the ways in which students and teacher experience school.

But that doesn’t mean we shouldn’t try, right?

1 thought on ““In the Best Interests of Students””