After more than forty years learning about learning, I’m intrigued by how much I still need to learn.

I mean, from time to time, I’ve had profound insights on the topic, aided by the research and writings of many of the people Will and I often reference in our work, (and in our most recent White Paper 8 Must Read Books for Educational Change Leaders which you can snag in the sidebar at ModernLearners.com), but there is still so much more I want to know about learning.

As a result of our work in Change School, and many of the workshops we’ve run, I’ve spent a lot of time reflecting on people’s beliefs about learning.  Sadly, by far the most significant insight I have gained from that is just how little we talk about it, think about it, or allow those beliefs to guide practice. Learning is, after all, what we are here for isn’t it? And yet over many decades we have too often come to accept schools as places dominated by a teaching culture, rather than one of learning, as Will mentioned last week.

How often do you see learners being ‘blamed’ for not understanding a challenging idea or concept, rather than that being a reflection on the teaching? To what extent is the learning architecture of our schools, the grading, grouping, and scheduling really allowing our students to learn most deeply and powerfully?

The reality is that today’s schools were simply never designed to change proactively and deeply —they were built for discipline and efficiency, enforced through hierarchy and routinization. 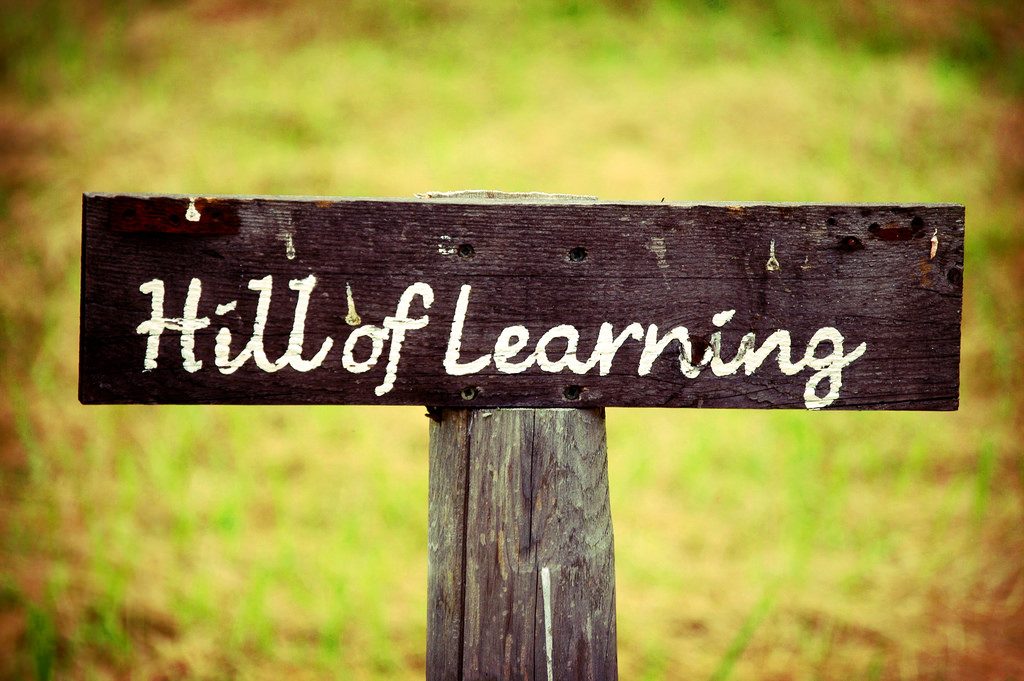 It comes down to reframing our understanding of schools as learning organizations. Nothing illustrates the challenge in doing this better, or the absurdity of it taking so long as the following quote from the 2016 OECD report, What makes a school a learning organization?:

No, seriously, that’s how they framed the report’s introduction. Which surely begs the obvious question, why wasn’t the concept of schools as learning organizations important enough to have been addressed seriously for more than thirty years?

But enough about the institution. What about its inhabitants? I’d hope by now you’re  familiar with our beliefs around the needs of our young modern learners from our various podcasts, newsletters, and white papers. But how much evidence do you have that your colleagues also see themselves as learners, be they teachers, principals or superintendents? How open and transparent are they about their learning? About what and how they are learning? And what and how do they learn from their mistakes? Being vulnerable, transparent and open are now prerequisites for modern leaders who are true learners.

So as much as we might chant or recite “learning is the work” and make repeated reference to influencers like Michael Fullan and Harold Jarche, I still do despair at how rarely I see evidence of that in our schools.

As Harold says in quoting Dave Snowden, creator of the Cynefyn framework, a leader’s framework for decision-making:

Failure is not just an option; it has to become a common occurrence. This is why learning is the work.

And finally, what about you? What have you learned about your learning? How self-aware are you about how you learn? How do you learn best, and what are the conditions that make that possible for you?

For me, learning is a passion. Some (my wife) might say it’s an addiction. I thrive on it, but there is just so much more I want to know. In recent years I have become a lot more aware of my learning, and can be a little more ‘meta’ about it, and accordingly more effective in my focus and intent.

But despite that, I am certainly no rock star learner. I’m frustrated when I stumble and get in my own way, as I did when I allowed myself to be blindsided by how much mobile technologies (read smartphones) would impact our lives. For someone who has spent several decades holding up the anytime, anywhere learning banner, it was an eye-opener for me and showed me just how much I didn’t know about my own learning.

One thing I do know is that no matter who you are,  this time, right now, is a truly awesome  time to be a learner. I just need to get even better at it.

1 thought on “Learning About Learning”