A couple of weeks ago, EdSurge ran a post that asked “Is Your EdTech Product a Refrigerator or a Washing Machine?” The premise was simple. If your product is like a refrigerator, the pace of it’s adoption in schools will probably be pretty fast since you can just “plug it in” to the existing infrastructure and culture. Washing machine type products, however, have much longer (or slower) adoption curves because they require additional plumbing and construction. In other words, they don’t fit into the current operation or narratives of school as easily.

But while the article makes a semi-interesting point about tools, I think it misses the bigger, deeper question about adoption curves around learning in the larger sense. To be blunt, our adoption curve for productive learning (learning that sticks and leaves kids wanting to learn more) in schools in general pretty much stinks.

And we know this (even though we don’t like to admit it.) I mean, how many of us would be willing to conduct the same experiment that Lawrenceville Prep did about a decade ago (recounted here) when they had their returning students retake the exact same science final exams in September that they had taken in June? Not one person reading this will be shocked to find out that the average score of 87 in June became a 58 in September. And this in a school with arguably some of the smartest kids around. It begs the question, which score represents the “learning” that kids actually did? And what would happen if they were to take that exam the following June?

I think most educators, in their heart of hearts, actually know that schools aren’t built for learning. Schools are built for schooling, and those are vastly different things. If you’ve followed my work over the years, you know one of my favorite things to do is ask people what the recipe for real, powerful, deep learning is. Everyone knows the answer. It’s a healthy mix of passion, purpose, relevance, choice, fun, and inquiry that isn’t constrained by time or age groupings or discipline. It’s not rocket science; we’re all learners, and we just need to check into our own productive learning experiences to figure it out. 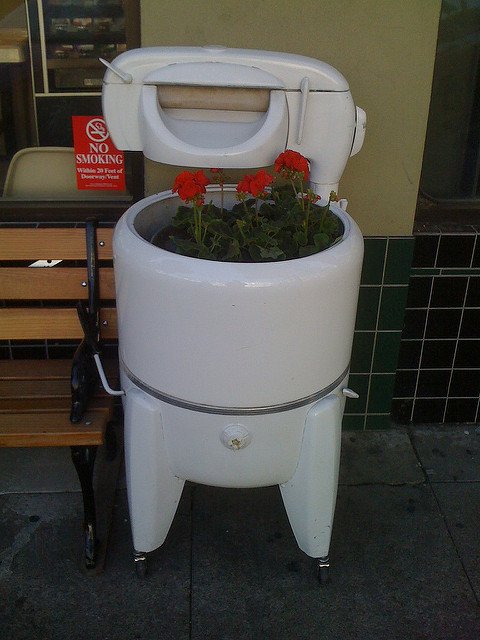 Yet, those conditions are not prevalent in schools. In fact, those conditions require some pretty different plumbing to be added to the current culture and systems that schools operate under. Giving kids license to pursue their passions isn’t in the pipes, so to speak. Letting them start with their own questions, having them do real work in the world, and connecting all of it to their own personal lives are not “plug and play” pedagogies. In fact, many see them as disruptive, efficiency-reducing practices that threaten our long-held beliefs about the role of schools and the definition of education.

So we’re stuck in this messy middle, where we’re loathe to admit that what kids are doing in our classrooms isn’t really learning yet we lack the courage and commitment to actually do something about it. It plays out in the half (or eighth) measures that we give to “change.”  We know that passion is a key to productive learning, but allowing kids to pursue their passions full bore would require too much reconfiguration of culture and practice. So, we go with “Genius Hour.” And most of us believe that building and creating and working with our hands are powerful ways to (productively) learn all sorts of good stuff, but adopting that approach across ages and disciplines is too disruptive. So, we create “Maker Spaces.” “Hour of Code.” “Computer Labs.”

And so it goes.

Once again, it all starts here: What do you mean by “learning”? Is it just the stuff that shows up in the parent portal? You good with that 87 as today’s representation of “learning”? That 3.5 GPA? That 1260 on the SAT?

Those represent the “refrigerators” of learning. And it’s not shocking that the other refrigerator-y edtech tools that we are most enamored with, the Chromebooks and the iPads and the Reminds and the Class Dojos that have the fastest adoption curves, haven’t really changed much in terms of classroom conditions for productive learning. They’re all easy to “install” into the teaching cultures that schools are built around.

In the end, the “washing machine” metaphor may not even be apt for learning in schools. After all, adding a few pipes and drains here and there don’t require a huge amount of reimagination.

Ironically, learning in schools does.

(Note: Our second cohort of Change.School is now open for enrollment, and we’re already about 75% of the way to our cap. Check it out, and let me know if you have any questions.)