In this article, EML editor Audrey Watters offers a brief introduction to MOOCs, massive open online courses, one of the most hyped ed-tech developments in recent years. What are MOOCs? Where did they come from? How do they work pedagogically? And how do they work technically? Although they’ve been positioned as tool to address the high cost of higher education, how might MOOCs work in a K-12 setting? In a nutshell: what do K-12 school leaders need to know about MOOCs?

The Hype of MOOCs

One of the most talked-about trends in education technology in recent years is the MOOC, the massive open online course. Indeed The New York Times dubbed 2012 “The Year of the MOOC” after a number of high profile professors from high profile universities launched well-funded and much-ballyhooed companies to offer free university-level courses online: the launch of Udacity by Stanford AI professor Sebastian Thrun, the launch of Coursera by Stanford AI professors Daphne Koller and Andrew Ng, and the launch of edX, a joint partnership (initially) between Harvard and MIT.

Although neither online education nor open education are new (and nor are multi-million dollar investments in such efforts), MOOCs seem to have captured the imagination of many in the press and in school administration. As some headlines have boldly proclaimed, MOOCs will mean “the end of college as we know it.” While that’s not necessarily the case, it’s probably worth knowing what all the hype is about…

A Brief History of MOOCs

The acronym stands for Massive Open Online Course. And while those words together might sound like an obvious sort of online education, each of these words is actually incredibly fraught when it comes to envisioning just what MOOCs might entail — pedagogically, technologically, and so on. “Open” in particular is interpreted in many ways: “open” as in open enrollment, openly-licensed content, or open-endedness.

The term “MOOC” was actually coined in 2008, well before “the Year of the MOOC.” Nevertheless, Stanford and particularly Sebastian Thrun and his Stanford colleagues have received most of the credit in the mainstream press for “inventing” the MOOC.

MOOCs have a longer history, dating back to some of the early open online learning experiments conducted by Dave Cormier, George Siemens, Stephen Downes, Alec Couros, David Wiley and others. Downes and Siemens’ 2008 class “Connectivism and Connective Knowledge,” for example, was offered to some 20-odd tuition-paying students at the University of Manitoba, along with over 2300 who signed up for a free and open version online.

Stephen Downes has made the distinction between “cMOOCs,” the types he and other open educators have offered, and “xMOOCs,” those offered by Udacity, Coursera, edX and others. The terminology is very useful to help distinguish between the connectivist origins of MOOCs (and the connectivist principles and practices of open learning and online networks) and the MOOCs that have made headlines (with their emphasis on lecture videos and multiple choice tests). While cMOOCs are strongly connectivist and Canadian, some have suggested that xMOOCs exist “at the intersection of Wall Street and Silicon Valley.” 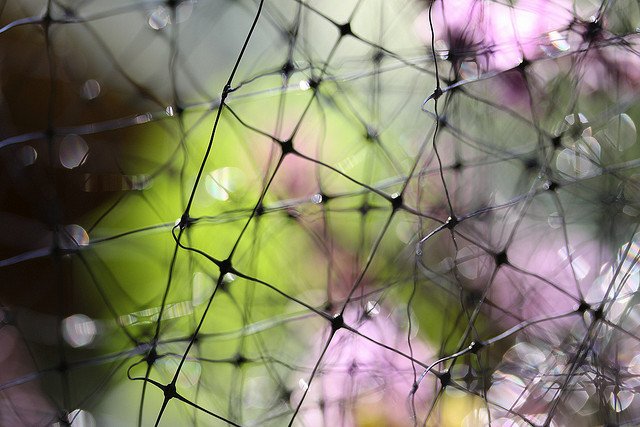 xMOOC vs cMOOC Technology and Pedagogy

While much of the mainstream press’s attention to MOOCs has focused on the content, the class sizes, and the (potential) credentials, the technology that underpins these online courses is incredibly important too — and something certainly that highlights the differences between xMOOCs and cMOOCs.

The cMOOCs often rely on tools like RSS, sometimes known as “really simple syndication.” RSS is used to syndicate content from blog posts, but it also makes possible the aggregation of content and resources. In other words, rather than driving users to a particular course website or a learning management system for all their interactions, the users in cMOOCs work in their own online spaces. Their work is then syndicated, through RSS, to a hub for the course.

xMOOCs tend to look more like learning management systems. They rely heavily on video-based lectures and discussion forums, most of which resides on the main course site. Some xMOOCs utilize automated assessment. edX is working on automated essay-graders, for example while Coursera wants to be able to combine automation with peer-based assessment.

The technologies of these different MOOCs reflect signficant differences in pedagogy. As George Siemens writes of the pedagogical differences between xMOOCs and cMOOCs and the “theories that underpin” them,

The Coursera/edX MOOCs adopt a traditional view of knowledge and learning. Instead of distributed knowledge networks, their MOOCs are based on a hub and spoke model: the faculty/knowledge at the centre and the learners are replicators or duplicators of knowledge. That statement is a bit unfair (if you took the course with Scott E. Page at Coursera, you’ll recognize that the content is not always about duplication). Nor do our MOOCs rely only on generative knowledge. In all of the MOOCs I’ve run, readings and resources have been used that reflect the current understanding of experts in the field. We ask learners, however, to go beyond the declarations of knowledge and to reflect on how different contexts impact the structure (even relevance) of that knowledge. Broadly, however, generative vs. declarative knowledge captures the epistemological distinctions between our MOOCs and the Coursera/edX MOOCs. Learners need to create and share stuff – blogs, articles, images, videos, artifacts, etc.

Can massive open online learning work in K-12? Why or why not?

MOOCs have been primarily discussed as something aimed at university-level students — a way for students to be able to obtain a college-level coursework for free (not a surprising trend considering the increasing costs of college tuition). However, the demographics of those signing up for (and perhaps completing) MOOCs indicates that many of these students already have college degrees. There is some concern about the completion rates in MOOCs — it hovers around 13% — although it’s fair to say that plenty of those who sign up for free courses have little intention of ever completing then. Nevertheless, it’s worth asking who MOOCs work for. US students? Those with degrees? Low-income students? Women? First generation college students? Adult learners? High school students?

Despite concerns about successful completion, there have been some recent initiatives to pursue MOOCs in K12. (Although it’s probably worth noting here that as MOOCs have become buzzwords in ed-tech, many online courses are being labeled as MOOCs, whether they’re free or openly accessible or not.) News Corps’ education division Amplify says it plans to offer MOOCs for AP Computer Science.  (These courses are not free.) And edX is working with the College Board and Davidson College to offer MOOCs for AP calculus, macroeconomics, and physics.

These are all fairly traditional courses that fulfill fairly traditional educational goals. The difference:  now these courses are being offered online. These AP course MOOCs bear little resemblance to the types of open online learning that the originators of the term “MOOC” envisioned. Rather than knowledge-building in the hands of the learner, these MOOCs continue to be designed so that content is delivered by the instructor or by the platform. Rather than occurring on one’s personal domain (a blog, for example) where a learner gets to reflect on her or his learning experiences, these MOOCs require students participate in traditional assessments — often in a closed platform with proprietary content.

Perhaps MOOCs aren’t that disruptive after all…

Questions Education Leaders Should Be Asking About MOOCs