From time to time, I grow weary of the shallowness of the discussion around education and technology and change. I’m in one of those cycles right now, I think. (It’s in some way attributable to the general emptiness of the current political rhetoric, I’m sure. There’s a picture of Donald Trump in the dictionary when you look up vapid, did you know that?) It’s in moments like these when I consider the arc of my own thinking and writing around change over the years, and I see it inching further and further away from the dominant themes of change, many of which admittedly I’ve espoused. If we could only be more innovative or creative or literate or open or…(add your adjective here.) In most of these, we take for granted that the inclusion of technology into education is a good thing, a transformative thing, a necessary and integral part of learning in the modern world. If we just write and read enough “10 (or 20 or 50) Ways to Engage Students With Technology” posts, suddenly the ground will shift under us and students will actually be more engaged in learning. Easy done, as they say. 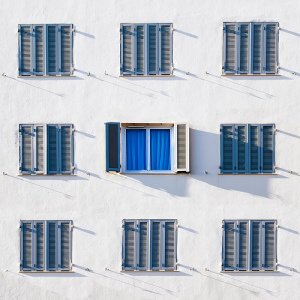 I’m not saying that I’m jumping off of the technology and learning train. Not at all. But I am saying that I think we’d be better off really pushing ourselves to regularly challenge any of those notions that seem to suggest that technology necessarily makes things better. And that’s hard to do when all of the people you follow on Twitter or Feedly seem to buy into those notions as much if not more than you do. (This again parallels the political realities of social media which allows people to consume and create information within a tight bubble of opinion.)  It’s why I so appreciate people like Audrey Watters and Gary Stager and others who consistently push back against rhetoric that they see as either the product of cute marketing or steeped in an ahistorical lens.

So when I get into these phases where most of what I’m reading seems either old, tired, or grounded in puffery, I many times try to push myself deeper into the abyss. And so, the last week or so, I’ve been reading Neil Selwyn’s Distrusting Educational Technology: Critical Questions for Changing Times. And it’s pushing me.

Again, I don’t agree with everything that he lays out in the book. At times, it feels like he’s trying too hard to make what is less than a convincing point about the potential evils of technology. But I’m finding it to be a pretty even keeled deconstruction of some of the major technologies that many of us in this space are promoting with less than level of critique required. And I like the way he approaches it, not as an attack on ed tech per se, but rather as a serious challenge to our thinking about ed tech:

So regardless of whether you agree with its arguments, please take this book in the spirit in which it was written – as a set of arguments that are constructively (rather than destructively) against educational technology.

Selwyn argues that there are many contexts to the devices and apps and software that we buy and use in schools that are fundamentally ignored for the sake of expediency and the required optics of modern schooling. Some snips from that argument:

What’s most compelling to me about the book is Selwyn’s cogent argument that we are not asking the questions that we should be asking when we make both financial and pedagogical decisions about technology. It’s as if we’ve been lulled into some sort of rhetorical trance by tech marketers that leave us unable to question the “truths” about what technology can do. But the gap between rhetoric and reality is startling.

Most digital technologies over the past 30 years have been accompanied by promises of widened participation in education, increased motivation and engagement, better levels of ‘attainment’, enhanced convenience of use and more ‘efficient’ and ‘effective’ provision of educational opportunities…As all but the most blinkered educational technology commentators would concede, many of the fundamental elements of ‘traditional’ learning and teaching have been neither transformed nor ruined by the waves of digital technologies that have been introduced inside and outside of classrooms over the past few decades…Put bluntly, then, any stridently optimistic description of technology-induced educational change should be seen more as a matter of faith than as a matter of fact.

Selwyn looks specifically at four genres of ed tech: virtual technologies, open technologies, games technologies, and social technologies. For each, he articulates the dominant narrative, and then sets out to break it apart.  He’s more successful in some parts than in others, but it’s a pretty thoughtful read, nonetheless.  And I like the fact that it goes far beyond (in fact, rarely mentions) rising test scores and traditional achievement as a measure of the effectiveness of technology in schools, something that most other contrarians do.

In short, Selwyn’s writing is making me think hard about my own work and what’s missing from it. I still believe that our technologies offer up amazing opportunities for learners in the modern world. But I’m reminded that more often than not, those opportunities come with important complex questions that we shouldn’t ignore.