“Great intentions are what spur people to collective action, and without such intentions, the inspiration that is fuel for real breakthroughs never combusts. People must be inspired, moved, called by mighty intentions to act.” ~Umair Haque

A phrase I find myself using more and more these days (and probably mispronouncing) is “raison d’être” or reason for being, as in asking school leaders “why does your school exist?” The easy answer is “to educate our children!” For centuries, that was probably good enough. Everyone knew, sorta, what it meant to be “educated.” You “learned” a lot of stuff about different subjects. You learned how to read and write and work with numbers to some acceptable degree. You were “prepared” for life, for a job or a college. You looked pretty much like everyone who was “educated” before you, passed the same tests, got over the same bars. 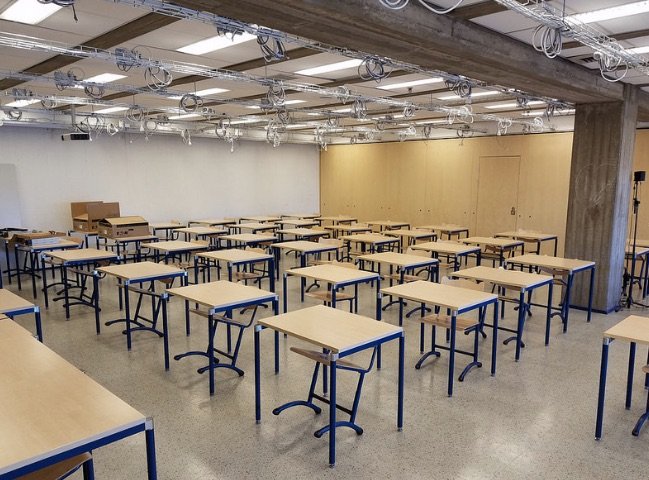 I think it’s becoming clearer and clearer that that now needs to be our “mighty intention to act” in schools. In the US especially, we are by and large not a curious society. Perhaps due to our current education priorities, we do not generally understand the workings of the modern world; most only seem to feel how it changes and, in some cases, how it scares us. And, importantly, instead of trying to understand what’s happening, we prefer to try to “fix” it back to the way it was. We prefer textbook truth; it’s just easier, which is probably why we hew to it in our classrooms, still.

Real world truth these days is far too complex for the current iteration of “education.” It’s not just an intellectual pursuit; it’s an emotional one as well. Almost every issue that challenges us today is couched more in our beliefs as supported by our various networks than in any attempt at objective reasoning. And it’s that emotional effort, the part that schools eschew, that is so fatiguing and disorienting for so many right now, myself included. If you watch the debates next week, pay attention to the amount of time spent in a emotional appeals rather than intellectual reasoning. The former will most likely leave little room for the latter. And in the process, we’ll simply forget whatever weak attempt at “reason” that a knowledge and standards-based education provided.

I know I’ve said this before here and elsewhere, but Donald Trump’s statement that “I love the poorly educated!” just resonates so deeply for me. What if right now, what we’ve long considered to be “educated” renders all of us actually “poorly educated?” What if our inability to understand and, in many ways, just plain ignorance of the massive changes in knowledge and people and technology in the last 20 years is leaving even our most “successful” school kids “poorly educated?” I think that’s cogently arguable.

I think a “mighty intention to act” in schools is what we now need, a rethinking of our “raison d’être” to “educate” our kids in a different way. If our focus is on better test scores, on enforcing the rules we’ve always enforced (or even stupid new ones,) on teaching knowledge in deadly boring contexts, we’re verging on malpractice.

So, why do we exist? What is our higher, more modern calling? How do we talk about that even? Haque says that one place to start is to put “intuition over computation,” or as I’m referred to it in the past, the “immeasurable ahead of the measurable.” Or, as Russel Ackoff says, again, “to do the right thing instead of trying to do the wrong thing right.” I think most of us get this, yet we seem unable to move from legacy thinking. I love this quote from Jean Claude Junker, the former prime minister of Luxembourg:

“We all know what to do, we just don’t know how to get re-elected after we’ve done it.”

In our case, it’s more that we, the supposed learning and education experts, don’t want to piss off the people who aren’t actually trained in education, the boards, the parents, the policy makers. We do know what to do, we just don’t know how to put up with the crap that ensues. And in many places, “doing the right thing” actually puts our livelihood at risk.

I’ve been looking for the good news here. And there is some. Some schools are moving to redefine “education,” to find a new reason for being in the lives of their kids. Some schools are more focused on the immeasurable because they know that now is what “education” needs to be. It’s not a wave yet, but the ripple is growing.

But I’m not sure, honestly, if it’s happening fast enough to save us.

1 thought on “Rethinking the (Under-)Education System”