Stay with me on this. Its a topic that I think warrants a little more than we normally share here, and I promise, no politics and no mention of the “T” word…

I’m not sure if you’re fully aware, but  right now there are signs of a fundamental shift in the way our students will access higher education in the near future, and ultimately it will have implications for K-12 which I feel we need to be prepared for.

While we were all might have been enamoured with many of the early online learning innovations around the turn of the century such as MIT OpenCourseware and later that decade the pioneering MOOC’s of Stephen Downes, George Siemens, and Dave Cormier, the longer term impact was that it provoked us to further explore how the internet and ubiquitous access to technology could and should impact higher education.

Who could not fail to be impressed when some 155,000 people signed up for the MIT course on Circuits and Electronics in 2012, while Sebastian Thurn and Peter Norvig’s Introduction to Artificial Intelligence course attracted 160,000 signups, and was declared The Stanford Education Experiment That Could Change Higher Learning Forever  by Wired magazine. 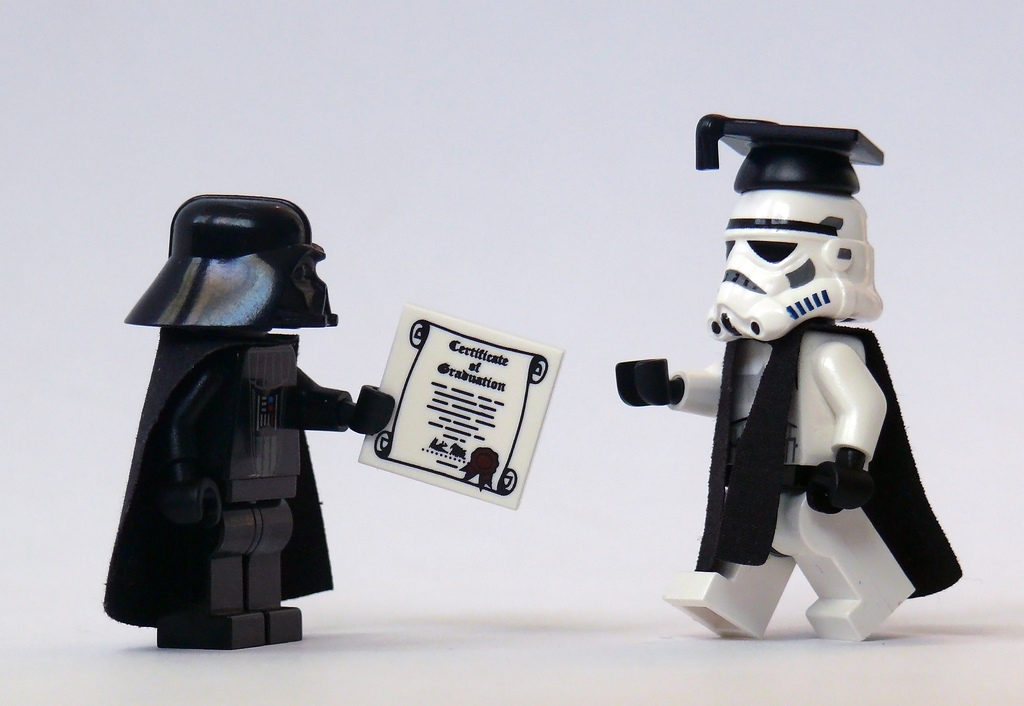 However the real attraction at the time, as we so often see,  was that the new online MOOC format offered the illusion of extending, rather than undermining the institutions’ existing business model.  So the initial response to those jaw-dropping enrolment numbers was to view them as a previously untapped market; one that could be easily reached online for increased revenue using existing academic support while continuing on-campus business as usual.

Then reality took hold. With high dropout rates, plagiarism and low completion metrics and after the initial euphoria, many assigned MOOC’s to the Fad Hall of Fame. However for all the hype and belated cynicism, what is evident is that it was another example of our tendency to overestimate the significance of innovations in the short term whilst underestimating their long-term impact at our peril.

As the longer-term impact of these new mediums, new formats, and new technologies now becomes more obvious, it would be most unwise to ignore the potential for very significant disruption in post-secondary education, which will undoubtedly have significant consequences for K-12.

What we are seeing is not one new form of post-secondary, but many. Not just MOOC’s or online courses which mimic face-to-face, but a whole new raft of very different formats, different access models appealing to much larger and more diverse audiences. Recent innovations such as micro-credentials and stackable credentials are now forcing higher educational institutions and employers to reassess and rethink the traditional assumptions they have made about formal qualifications.

One of the thought leaders in this field, Educause, has always been a professional body that has kept its members abreast of current and emerging trends, and much of their recent work has been focused on highlighting the potential change within the higher ed sector.

At the high end credentials are about validity, and technologies like blockchain appear to have the potential to ensure the integrity of these new processes. On the user side it’s about badging, and despite some initial derision about the concept, Mozilla’s commitment to OpenBadges has set in place a precedent that is set to break with credentialing traditions. Adding to this, organisations such as Credly and LinkedIn now provide users with the ability to add OpenBadges to their profiles, which is further increasing their integrity and reach.

The medium to long-term impact of all of this should not be under-estimated. We are seeing technologies being developed and implemented in ways that are breaking down legacy barriers that many believed could never be breached.

But that is just the start.

As we enter this new phase of adoption, what we are seeing potentially is a fundamental reimagination of post-secondary education which offers professional learning opportunities that are challenging the traditional boundaries and limitations that for too long we all took for granted.

While there are now far too many examples for me to highlight here, one simple example is Seth Godin, a revered figure in marketing who in part has undermined the traditional MBA format with his intensive 4 week altMBA, and then flipped the model by partnering with one of the expanding online course delivery platforms, Udemy to offer a micro-course on value creation for under $100.

So think about that for a moment. I’m 18 or 19, interested in marketing or need some marketing expertise which might support my start-up ambitions. I can sign up for a 4 year undergrad program in marketing and graduate with a degree that then hopefully qualifies me for a 2 year post-grad MBA, and $80k+ in student loan debt, or I can seek out an internship or similar with a marketing organisation while completing a series of micro-courses delivered by industry experts and top it off with Godin’s intensive 4 week altMBA. Who would you employ, and as a student, how would you justify the financial difference?

What’s happening is that we are seeing a lot more courses being structured to fit student needs rather than the other way around. EdX’s MicroMasters courses are just one example of how flexible some of the institutions are becoming, and this is surely just the tip of the iceberg.

Another might be if I am interested in a Digital Marketing career (and which companies don’t have space for good people in that field right now?) I can sign up for The School Of The New York Times Certificate in Content Marketing, which they are hosting in partnership with their Digital Marketing studio in New York, T Brand Studio. The opportunities and choices are unlimited, and with that more and more traditional assumptions are being tested.

So, in the end we must ask, when should workplace experience start, and when and how should that be supported by extended learning opportunities? While there may well be reasonable justification for front-loading some careers with a certain body of knowledge, its role as the default option in this rapidly changing world we now live in may well be numbered.

It’s not to deny that there are many job roles that do require an amount of specialist expertise and knowledge before young people can take part in the role; but even medicine, with courses such as that found at the progressive McMaster University in Canada are putting medical students on internships into hospitals before they have even completed their first year.

To what extent is the vocational model, which in many countries blends formal learning, apprenticeship and employment at the end of K-12, a better option for many students and professions?  Internships have increasingly offered an intermediate step for many careers, and that is more than likely to become the norm for more.

So why do we expect students to complete 3, 4 or even 6 years of formal higher ed study (and student debt) before they are ‘allowed’ to fully participate in the workplace. For many careers today it simply doesn’t make sense. These legacy practices have too often driven by tradition rather than the needs of young people.

At the same time larger organisations such PWC or IBM through BigData University have established their own places for further study  to provide the highest quality courses in their specialist fields. Why wouldn’t more companies expand their HR departments beyond monitoring Continuous Professional Development, to providing it. While much of this is already underway, and often in partnership with existing formal institutions, the opportunity in this area is still largely untapped.

So what we are seeing, for the first time, is professional and vocational education that is accessible, relevant, current, flexible…and affordable, and traditional educational institutions around the world are being forced to adapt or they are in real danger of becoming irrelevant.

Obviously many have started adapting, some through the more prominent partnerships such as EdX, Coursera, and FutureLearn, and the fact that these have been led by some of the top institutions such as Harvard, MIT, Stanford, Sorbonne, ANU, McGill and the Imperial College of London has only increased the  pressure on others. And if you thought for one minute these institutions were still just offering fringe courses, take a look at the Applied Data Science with Python course from the University of Michigan on Coursera or MIT’s course on Supply Chain Management on EdX and you’ll appreciate the extent to which the higher ed world is undergoing a fundamental shift in the way it does business.

This is all happening at a time when staying current is the new career currency, when being able to access emerging trends and new ideas can provoke new directions within a current job role, and it’s when the requirement to be well informed to make better decisions has never been more critical. So its expansion in the continuous education space is inevitable. In fact it’s somewhat disappointing that to date it hasn’t had an even bigger impact in teacher professional learning programs, but maybe micro-credentialing will have a positive impact.

All of this is not to say in any way that the need and benefit for full or part-time face-to-face instruction does not still exist, or for that matter that in many cases it is still not the preferred learning environment for students. But what it does say, is that for many, for too long, we have taken for granted that it is the only option. We are indeed seeing the end of the beginning of a fundamental shift in post-secondary education.

So as we see this new learning landscape open up before our eyes, there are two rather interesting questions I would like to leave you with.