In recent times I have become quite intrigued by the impact assumptions have on the effectiveness of our decision making, and sadly our wonderful world of education, and in particular edtech is too often cluttered with a myriad of unfathomable assumptions on which poor decisions are made.

As an example we could start with some of the assumptions that underpinned many of the edtech  development failures of recent times, most notably those around ‘personalisation’ such as InBloom and Amplify, and then take a closer look at the rationale for so much of the indulgent and poorly informed venture funding that is pouring into the sector.

All of this is sad not because of the tens of millions that are wasted, but rather the opportunity that is lost, yet despite this, in many ways I think the assumptions that impact most negatively are those that are far more subtle.  Take for example, the assumption that the best model of student access to computers in schools was to lock them in a room or lab; why did it take so long for us to realise how wrong that was?

But the one that I find the hardest to explain is the assumption that so many, too many leaders make when they decide to limit the functionality of the computer they are providing for their students.

I am seriously at a loss to explain why a school leader would do this. Are they assuming it might be ‘too powerful’ for their young learners? Is it possible an ‘over powerful’ computer might harm a student in some way…or are there possibly more insidious reasons at play? 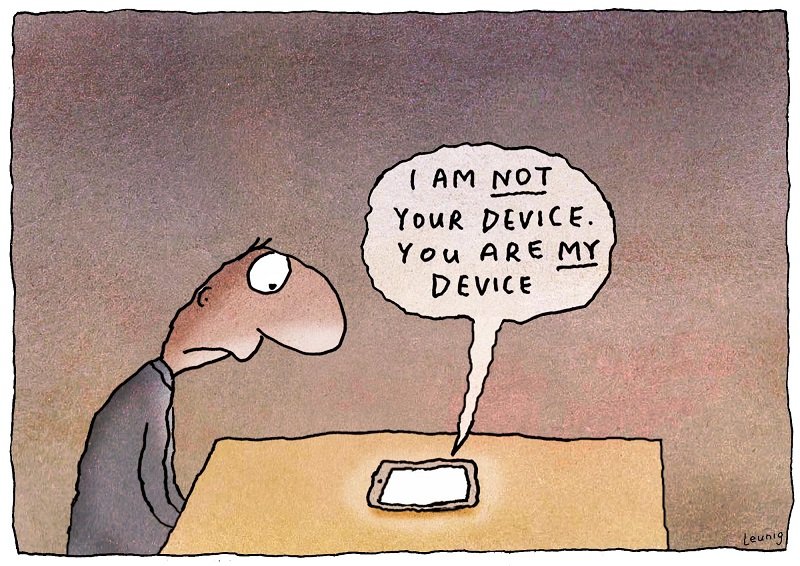 Is it as simply about control, or ensuring predictability?….we all know there’s nothing worse than students who learn something you didn’t ‘plan for them to learn’. …yet surely that is almost by definition what modern learning should look like.

All this of course is against a backdrop of some quite dreadful decisions that have put appallingly underpowered ‘devices’ into the hands of our young modern learners. An early benchmark was certainly Microsoft’s genius for Windows CE which when combined with HP palmtops and any other handheld device ensured way too much money was wasted on computer substitutes at a time when laptop use was getting real traction in US schools. Luckily the Maine 1 to 1 tender in 2002 put an end to that folly, but various e-readers and dumbed down devices followed, with the Australian state of NSW taking the gold medal for dumping 250,000+ plus first generation Netbooks on 15-18 year students in 2011. Between those that were never taken out of the box, and the number that were simply left at home because their functionality was so limited yet another opportunity was squandered and hundreds of millions of dollars wasted.

In the meantime we have continued to see e-book readers or their close cousins pop up as student ‘devices’, which is one of the few times such a label is appropriate because they are only a very distant cousin of fully functional computers.

Now it is easy to say at this point that cost is an issue, but I would always take issue with that, because in nearly every case mentioned, as well as countless others I can recall…including the famous LAX debacle , funding simply becomes an easy excuse for poor decision-making.

Which leads me to the workshops that I have been hosting recently and the sad stories of disengagement and disillusionment I heard repeatedly from frustrated teachers there. It is against this background that I want to confront a simple reality: an iPad is NOT a fully functional computer…nor are most ‘tablets’ of any pedigree. Sure you may see iPads as a suitable transition towards computer use for kids in early childhood, but beyond that their value sharply diminishes.

I am frankly sick of tiptoeing around this reality; other than the forthright words of Gary Stager it seems to now be politically correct to talk of iPads and laptops as one and the same thing…they are simply not. So on behalf of those disillusioned teachers who shared their many stories of limited functionality I make a simple plea: NO substitutes.

To be clear, this not about brand, platform or operating system. To paraphrase a popular saying around knowledge: What really matters is not which technology you have, but rather  what that technology allows your students to do.

Modern learning is about provoking the most imaginative, creative, inspiring learning environments possible and to do that can we all make a solemn hand-on-our-heart ‘Trump-like pledge’ and agree Modern Learners Deserve FULLY-functional Computers. Not toys, not tablets that are great for photos, books, music, videos and a little browsing, but computers without borders, limitations or compromised functionality.

And yes, if they want a second or third device. I don’t care what it is, but can we start now and put an end to this era of sanitized computing which is holding back the real potential for how technology can empower our students.

“It’s almost like we are torturing our students or maybe teasing them when we take away computing functionality; here’s a sneak preview of what you can do, but we don’t want you to do any more or go deeper because that’s as far as we want you to go”

Adam should know; he and his colleagues were the 1 to 1 pioneers who showed just what full functionality made possible for his 9 and 10 year old girls when they were doing amazing things programming games, robotics and so much more back in 1990.

Twenty-five years on I assumed all young people would have the same opportunity. Wrong assumption.

1 thought on “The Era of Sanitized Computing”