Few topics will get a group of educators engaged more than asking them for their thoughts on the role of curriculum in our schools today. At one end are those who carry a firm belief about the innateness or permanence of certain knowledge, which they believe should be taught to all children. These are people who would champion what they often call a “liberal-humanist” view of education as “inherently worthwhile, transcendent in nature and valued for its own sake.”

By contrast, at the other end, are those who would describe much of our curriculum as a compromise, or more simply a “guess.” These are educators who see the very nature of what we traditionally refer to as curriculum, as an outdated concept that needs to be redefined within the context of the modern world our young learners are growing up in.

Across the continuum that these divergent understandings span, are a plethora of differing expressions of curriculum’s role and beliefs about how it should influence the learning experiences of their students. Is it any wonder that so many outside the profession remain confused?

The tragedy this belies though, is when this confusion and lack of certainty opens the door to the political influence we are now seeing in countries such as Britain, the US, and Australia, amongst many others. No doubt emboldened by the surprisingly widespread adoption of something as blatantly ill-conceived as No Child Left Behind in the US, more and more politicians across the globe now see curriculum as a potential lever for ideological influence, not to mention political opportunism, with little or no respect for any evidence that might contradict their intent.

Australian Education Minister Julia Gillard was an excellent case in point when in 2008 she unquestioningly embraced the ideals of the then New York Chancellor Joel Klein’s testing and ranking regime, with little or no deference to the realities of its impact. Her follow-up act, to push for a National Curriculum, has now only been “bettered” by the compliant adoption of Common Core by a majority of US states.

If the swing to Common Core from NCLB in the US was not evidence enough of the whimsical manner in which politicians now see curriculum, then the recently released review of the Australian National Curriculum, just four years after its implementation (and a change of government) surely is. With ideological language such as the need for a greater focus on the “contribution of Western civilisation (and) our Judeo-Christian heritage,” one might genuinely question the intent of the process undertaken — let alone question the relationship it has to the realities of the world of our modern learners.

Sadly what is missing from most of these politically motivated musings is a solid educational rationale. Much has also been written of similar swings and roundabouts in the UK under former Education Secretary Michael Gove, and of course, in each case, international benchmarks have been referenced as their motivation.

Possibly the most disturbing aspect of the whole public conversation around curriculum, is the fact that there has been so little debate about the perceived need for conformity and “national standards.” As my colleague Gary Stager put it to me in a recent email, “National curricula is a terrible idea on the wrong side of history. Educators who view themselves as pioneers need to object to any notion of standardization or uniformity.”

Against such a destabilizing and unnecessarily complex debate about what should or should not be included in a country/state/schools’ curriculum is an emerging view that suggests we have surely reached a time when our understanding of the concept of curriculum itself needs be redefined, and seen not simply as content, but rather as strategy. 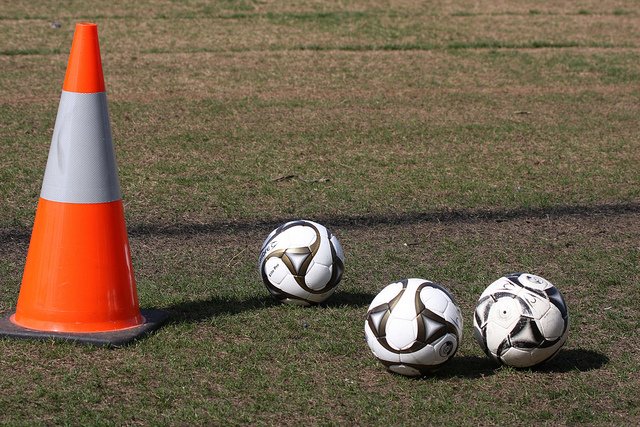 Isn’t the very idea that we can script content for students like a recipe at complete odds with the agile, ambiguous, and abundant world they are growing up in? Isn’t it time we challenged the manner in which we determine the “what” our students are learning, and focused our energies on better understanding the “how”?

To what extent have we challenged our traditional pedagogies in light of the technology-rich world our students are now growing up in? If we continue with the mistaken belief that we should hang on to many of the orthodoxies of the past instead of seeking new pedagogies that reflect the context in which our modern learners live, then we are not only doing them a disservice, we are in fact deceiving them.

Most critically, surely it is a time for those who are most knowledgeable about learning to lead. While politicians may enjoy playing political football, I think it’s time educational leaders blew the whistle and took control of the game.