#Gamergate. Each week, Educating Modern Learners will pick one interesting current event – whether it’s news about education, technology, politics, business, science, or culture – and help put it in context for school leaders, explaining why the news matters and how it might affect teaching and learning (in the short or in the long run). This week (the week of October 13), Audrey Watters looks at what’s been labeled “Gamergate,” a hashtag that started to talk about ethics in gaming journalism and has become a movement aimed at attacking female journalists and game designers. 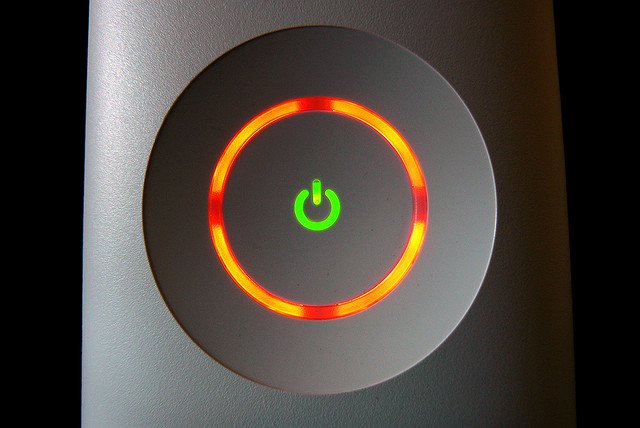 Honestly, I wish I could just link to this Wikipedia entry on “Gamergate” and be done with it. (No really. Click the link.) Because as a woman in technology, the last few months have been incredibly difficult to watch, as so many of my peers have been harassed and threatened for their work as game designers, technologists, and journalists. I can’t even write that Gamergate culminated this week with a threat against cultural critic Anita Sarkeesian, who was forced to cancel her talk at Utah State University. That is, I’m reluctant to use the word “culminated” as it implies that Gamergate is over, the issue resolved. Frighteningly, it rages on.

In some ways, Gamergate isn’t new at all, but the latest manifestation of the gaming industry’s misogyny and violence against women. Although women make up roughly half of game-players, the industry and its fans still see gaming in many ways as something designed for young, white, straight men. The explosive growth in mobile gaming, sometimes described as “casual gaming,” has helped spread games’ popularity beyond this demographic. New kinds of games are being developed — with different protagonists and different story lines, for starters. But the changes to the industry and to the population of game players have not been well received in some quarters who see the presence of women, as designers and as players, as an encroachment on their turf.

The Gamergate campaign began earlier this year when independent game developer Zoe Quinn broke up with her boyfriend, a programmer named Eron Gjoni, who in turn posted a variety of personal information about Quinn online, alleging that she had slept with a writer for a well known gaming publication, Kotaku. Abuse started to be hurled at Quinn via sites like YouTube, Twitter, 4Chan, and Reddit, and while some claimed that their anger stemmed from issues surrounding conflicts of interest and ethical failings in games journalism, it became clear quite quickly that much of the vitriol was about the growing presence of female game developers and feminist critiques of gaming. Intel pulled all its advertising from Kotaku, bowing to pressure from the Gamergate supporters.

Around the same time as the attacks against Quinn began, Anita Sarkeesian released a new video in her series Feminist Frequency, which analyzes various tropes in video games through a feminist lens. Sarkeesian had already been on the receiving end of many threats after her wildly successful Kickstarter campaign, which raised money for the Feminist Frequency series and was similarly accused of being somehow “unethical.”

And this week, she was forced to cancel a speaking engagement at Utah State University. Because of a Utah law, campus officials told her that they could not stop attendees from bringing concealed weapons into her talk — even though the campus had received a threat from someone calling himself Marc Lépine and promising to “the deadliest school shooting in American history” if Sarkeesian spoke. Lépine was the man who, in 1989, killed 14 women at École Polytechnique, an engineering school in Montreal, Quebec.

Also chased from her home this week, game developer Brianne Wu. Someone posted her address on Twitter and threatened her with rape and murder.

As one feminist website has noted, “There was a time when people had one answer to online harassment: ‘Don’t read the comments.’ This week, it’s become painfully clear how harassment women endure online is not something we can fix by just ignoring it. Instead, in this era, online harassment can become a life and death issue.”

There are so many issues here that educators must address: what does it mean, for example, to ask women and girls to participate in online culture? We talk a lot about the benefits of “connected learning,” but what are the risks? How do we mitigate against them?

How do educators reconcile a push for games-based education with the violent misogyny that permeates if not the gaming industry, then this loud and abusive fan base? Who is welcome in gaming? Who is excluded? What stories do games tell about women and girls?

More broadly, as many women in tech (not just in gaming) can relate similar stories about abuse and harassment, what are we doing to address sexism (and racism) in the tech industry? What elements of this culture are we inviting into our classrooms when we adopt certain tools? How can we change that culture?

Kyle Wagner recently argued that “The Future of the Culture Wars is Here, and It Looks Like Gamergate.” He argues that

What we have in Gamergate is a glimpse of how these skirmishes will unfold in the future—all the rhetorical weaponry and siegecraft of an internet comment section brought to bear on our culture, not just at the fringes but at the center. What we’re seeing now is a rehearsal, where the mechanisms of a toxic and inhumane politics are being tested and improved. Tomorrow’s Lee Atwater will work through sock puppets on IRC. Tomorrow’s Sister Souljah will get shouted down with rape threats. Tomorrow’s Tipper Gore will make an inexplicably popular YouTube video. Tomorrow’s Willie Horton ad will be an image macro, tomorrow’s Borking a doxing, tomorrow’s Moral Majority a loose coalition of DoSers and robo-petitioners and scat-GIF trolls—all of them working feverishly in service of the old idea that nothing should ever really change.

How are schools preparing students to engage, to avoid, to address, and/or to move through any of this?