How often do you lose your car?

Probably the worst place for me used to be airport car parks. I always had a lot on your mind, planes to catch, schedules to meet. It was only when I got back from my trip that I suddenly had to think, “Now where did I leave my car?”

Thank goodness most parking stations these days have color-coded levels and numbered bays, and now, of course, there is the “Find My Car” app.

What about at home? Forgot where you left your keys or misplaced your phone? How often have you had to have someone ring yours to locate it?

Now if you’re over 50, the chances are that when this happens more than once in a week, you start thinking it might be time for a medical checkup. But is that what’s really going on? Why do we forget things, often those things that we think we really want to remember?

How about books. That one you read last week; how much of it can you recall? Does it matter? If someone asks you if you had read that book in six months time, will you even remember the title or the author’s name?  Television shows and movies seem even worse. While they might be the topic of watercooler chat the next day, who cares if you forget the name of the Bachelor a month later. But what about a ‘memorable’ movie like Shawshank Redemption? How much of that can you recall?

How often do you think about how much you forget? Or like most people, are you just happy with what you remember? 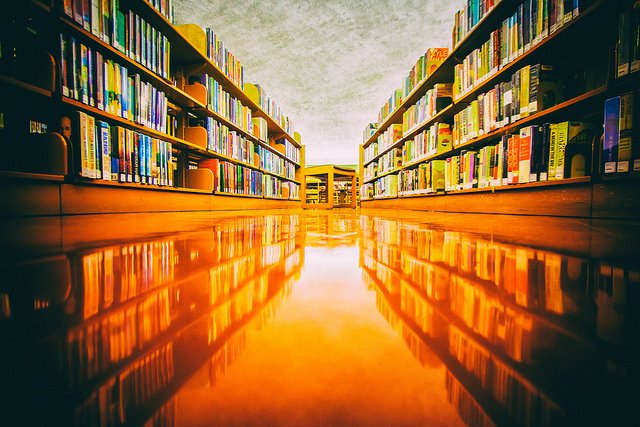 Do you remember some things better than others? Why? Does relevance or context make a difference? It’s funny how often we can recall where we were, or who we were with when we are trying to remember something, rather than the experience itself.

Memory seems to play such an important part in our lives, yet we don’t think about it much. Rather we take it for granted…until it fails us. Some people, however, do seem better served than others. My brother and oldest daughter seem to leave far fewer memories behind than I do, which is no doubt why they both are successful lawyers. However, even the legal fraternity requirement for extensive case recall is now being challenged as legal databases such as LexisNexis and Westlaw make the process of searching for case law and treatises so much easier.

The hard part is that our busy, information-laden world is bombarding us with so much more that we read, we browse, we scan..and we often forget. But most times we remember bits. Hopefully the important bits. And for all those articles, references, quotes and stories we want to remember, of course, there’s Evernote. I just looked at my files there, and I’ve clipped more than three thousand articles over the past four years, which is a lot better than what my poor brain could recall in a lifetime.

And what about your phone, which David Chalmers calls our ‘Extended Mind’. How many phone numbers can you recall, or do you just rely on favorites or contacts? What about appointments and birthdays?  How often are Google Maps navigating for you, and to what extent is that taking away all the different routes you used to commit to memory in the past? And what about the more subtle instances where you replace your preferences for movies you liked, books you enjoyed, restaurants you want to return to, or at home, recipes you want to cook again? My grandmother’s old recipe book was pale by comparison.

So how fast are we adapting to this reality in our schools?  If it has been a big deal for schools to consider open book exams, how are we going with internet-enabled ones?

So why don’t we talk more about forgetting in schools? Paradoxically, as you know, it’s quite the opposite. For decades what we remember has been taken as a measure of a student’s intelligence and achievement; so much of a student’s ‘success’ was related to what they could remember.

Now I know it’s handy to be able to recall information from memory at times, but just how important is it today? I mean, those Trivia Nights lost popularity the minute mobile phones, and Google became popular, but let’s keep things in perspective.

Of course, there are some things we do need to commit to memory, but we need to be having more discussion about exactly what they are, and how much time should be focused on memorizing something rather than creatively apply that knowledge in an authentic context. Math provides some excellent examples.

It goes without saying that being able to estimate simple computations mentally can be very handy, which opens the door for a conversation around the value of our infamous times tables.

For no apparent sane reason they have always been viewed as the gold medal measure of a child’s mathematical genius, yet for too long schools seemed to extract pleasure from making the task of learning them difficult. We force them on kids before they have a context or meaning for why they need to learn them. Then we make kids chant them repeatedly in some archaic worshipping practice when much better alternatives are available.

And after all that, maybe kids don’t need to learn them anyway if they always have phones at their fingertips?

What really matters here, of course, are the mathematical concepts that underpin multiplication, and the times tables are simply a manifestation of those. I for one think it’s very useful for kids to commit them to memory, in their own time, taught well, not painfully rammed through chanting.

What matters is that we discuss these things widely, not just with faculty, but just as importantly with parents. And it’s important that we talk about other sacred cows such as spelling, and why we don’t need to remember all those capital cities and math formulas at the same time. And while you’re there, you might be worth starting a much bigger conversation about what math education in a digitally rich world should look like. But that’s for another day. In the meantime have a look at what mathematician Conrad Wolfram thinks:

“Math is more important to the world than at any point in human history. So at one end, we’ve got falling interest in education in math, and at the other end, we’ve got a more mathematical world, a more quantitative world than we ever have had… Just because paper was invented before computers, it doesn’t necessarily mean you get more to the basics of the subject by using paper instead of a computer to teach mathematics.”

Mathematics is not about being able memorize a formula. Rather it’s about thinking computationally, conceptualizing problems and applying solutions in real-world contexts. For that, you need an active open mind, not one bogged down with formulae, rules, and processes that you can access anytime anywhere.

And then, of course, there is the fiendish role forgetting plays in assessment.The experience at Lawrenceville School which Will referenced recently, illustrates this well. They asked their returning students to retake the exact same science final exams in September that they had previously taken in June. The average score of 87 in June became a 58 in September. It seems the so-called ‘summer slump’ certainly gives forgetting a bad name, but it’s also a reality check for us to reflect on what we really mean by learning, and what our focus in school could and should be.

However, not only do we need to think differently about what we need to remember or will forget, but we now have the emerging discipline of neuro-science that is giving us a better understanding of what our brains currently do well, and what they do poorly, which in turn should allow us to focus on those processes that better leverage our mental capacities.

As educational neuroscientist  Jared Cooney Horvarth from the University of Melbourne suggests:

“Unfortunately we don’t truly learn things by just pouring data in any fashion into our heads. Education research suggests learning only occurs if there is interaction, integration, and reinforcement via different sensory channels. …So long as you know where that information is at and how to access it, then you don’t really need to recall it. ..We intuitively know we need to see it, hear it, feel it, do it, think it and share it, to learn it.”

Or as Tony Wagner has said, it’s not what you know,but rather what you can do with what you know, that matters in our modern world. So what’s the point of us hanging on to our nostalgic use of memory rather than freeing up our brains to think more deeply about more complex ideas and issues that are relevant today?

Oh, I get it, if we don’t use it, we’ll lose it. So if you’re right, so was my favorite philosopher Socrates who famously hated writing because he thought it was going to kill memory. As Horvarth says, “He’s right. Writing absolutely killed memory. But think of all the incredible things we got because of writing. I wouldn’t trade writing for a better recall memory, ever.”

Maybe it’s time we started forgetting more of what we have taken for granted for so long and learning more about what really matters.

…and no discussion around forgetting would be complete without again referencing one of our favorite books by Frank Smith, The Book of Learning and Forgetting.

Photo by Thomas Hawk with permission