Having spent significant time over the past eighteen months working with educational and policy leaders from a broad cross-section of countries I felt a long plane flight home was a good time to reflect on the directions that appear to be emerging as educational priorities for governments around the world.

The first and most obvious is a universal focus on education as a national priority. The level of investment and policy development around education across all countries is unprecedented – not just in the more mature or developed economies but across all. You only have to listen to the breadth and depth of commitment coming from countries across Middle East and Africa, at a conference such as WISE which is hosted by the Qatar Foundation in the first week of November, to understand that all countries now see their economic futures directly tied to the quality of their education systems.

If you stick with the “conference indicators,” the expansion of the BETT event in London, which last year attracted more than 40,000 people including Education Ministers from 75 countries, to now run education leadership events in South America and Asia, gives a picture of the diversity of countries across the globe that are now focusing on “education first.” 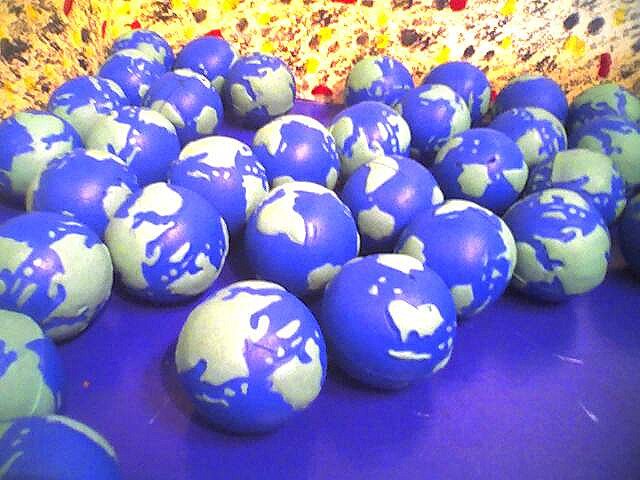 There are many reasons for this, but as clichéd as it is, globalisation is obviously the core driver. While the “PISAisation”of education is the most obvious evidence of the impact of global benchmarking, there has been an inevitable growing competitiveness between countries who had previously relied on the protection of tariffs and migration policies to camouflage the performance or effectiveness of their education systems.

The connectedness that opened up our world in the late ‘90’s  with the internet, and later social media, has created a stark awareness of the effectiveness of  contrasting education policies, and it has given many due cause for concern. You only have to look at the impact of the GFC to realise how much governments are now linking education to economic prosperity. While many countries were forced  to make significant cuts to spending across all sectors of their economies as a result of the Great Recession, the one area that was exempt for many was education. Countries such as Korea, Taiwan, Singapore, and Australia were just some who saw tough economic times as a reminder of the importance of education as a path to future prosperity, and invested accordingly.

This is now giving rise to what some are calling a “War on Talent,” which should be cause for policy makers in government to rethink not only education priorities, but also migration, workforce and least of all, visa policies. Trading highly talented people could become more analogous to sporting trades, rather than economic, as countries look much more proactively around the world for talent that will fill critical skills shortages, and energize economies.

However where once these matters may have been part of a dialogue between 12 or 15 developed countries, they are now the province of a dramatically more diverse range of economies. Many countries, most notably smaller ones such as Malta and Brunei, Gulf economies such as Qatar, Oman, and Bahrain, and emerging economies such as Rawanda, Estonia, Malaysia, and of course China, are now looking for create world-class education systems.

Against this explosion of focus on education, there are some harsh realities. Great education systems don’t grow on trees, they take time to develop; and most critically it takes time to develop a cadre of high quality teachers.  But these are countries that are committed to building new models of teacher development, and they do not have out-dated legacy teacher training institutions to hold them back.

Additionally the experiences of the US and several wealthy Gulf states would also suggest that the solution is rarely simply a matter of money. However there is also now an awareness that developing great education systems for the future is not simply a case of replicating what we have had in the past, but rather it is about building more relevant systems that truly reflect the needs of both young people and their countries’ future.

This hurts. It is painful, because up until now most education policy reputations were built on a traditional orthodoxy which had stood nations in good stead for generations. It challenges educational and policy leadership to rethink many of the assumptions that they have taken for granted in the past. It also says that incremental policy adjustments may simply not be enough to drive effective educational systems in the future.

This then, is the most significant global trend that I see emerging, and I believe it will impact over the next 3 to 5 years.  There are three distinct schools (sic) of thought. The first might be called the “rear view mirror” group, who are hanging on to legacy ideals and traditions….at all costs. These are policy makers who are failing to test the assumptions on which they are building policy for their schools today, and they reverting to norm, or harking back to the past. Sadly pieces of the previously innovative UK education system would fit this bill, as would countries such as France, which sees an almost impregnable tie between a traditional view of the role of school, and their much celebrated culture.

The second school of thought we might call the “deer in the headlights” group; they’ve seen the light, but are not sure where it is going. They now have a solid understanding of the need for their schools to adapt the changing, technology-rich, highly connected world, but they are unsure of exactly how to go about it. Much of what they have been trying over the past few years has been incremental, and so they are in need of irrefutable evidence and policy vision before taking the necessary big steps. Many countries fit this group, including several of the Nordics, Australia and many states in the USA.

The third group could be genuinely called the “modern leaders.” These are the policy and educational leaders who are setting the agenda for their young peoples’ future. They are often single school or cluster leaders who are driven by highly developed beliefs about how modern learners learn, and are daily testing new pedagogies in search of deeper understandings. They are represented by many of the leaders we have featured in EML, and while countries such as Canada, Singapore, New Zealand and Finland have been a little late to the game, there is now serious evidence they are seeking new agendas that could become models for many others to follow.

The real insight here is that it will be genuinely innovative policy initiatives, rather than funding or traditional status that will move countries into this third group. It shifts the goalposts, significantly. It opens the door for countries who have been laggards to catch up, and even leap frog those still seeking comfort from the known, rather than creating new opportunities from the unknown.  This is why I believe we will see dramatic, unprecedented, shifts in educational influence over the next 5 to 10 years.

My final observation relates to the role of technology in these shifts, and the short answer is it is still largely embryonic. Despite what some might think, this is where opportunity truly lies. If we were to stand back and look at the extent to which technology has impacted on either the business or engineering of schools, the effect is minimal, and when you expand that to the include the impact it has had pedagogically, even less so.

Therefore my final thought as my flight comes to an end, is that here lies the real test of policy character. Which countries will continue to look in the rear vision mirror and hold on desperately to what they have always done, and which countries will be bold and strategically ambitious in creating schools that genuinely meet the needs of their modern learners?