Student protests. Each week, Educating Modern Learners will pick one interesting current event – whether it’s news about education, technology, politics, business, science, or culture – and help put it in context for school leaders, explaining why the news matters and how it might affect teaching and learning (in the short or in the long run). This week (the week of September 29), Audrey Watters looks at some of the student protests happening around the world. 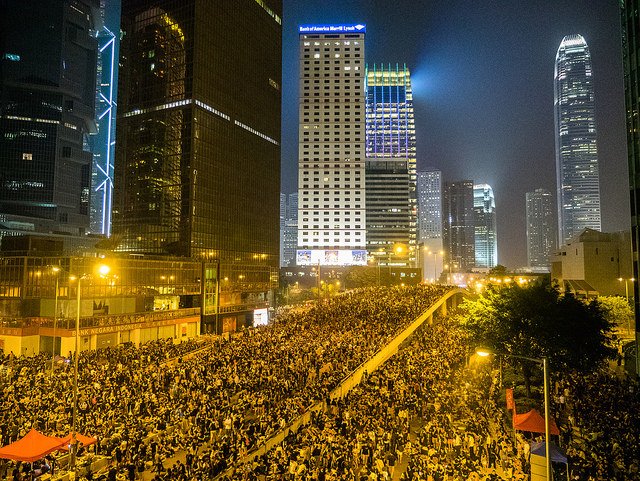 This week marks the 50th anniversary of the arrest of Jack Weinberg for distributing leaflets about the civil rights movement on the campus of the University of California, Berkeley. Weinberg sat in the back of a police car for over 32 hours while thousands of students gathered around it, blocking it from moving and from taking him to jail. The students used the car as a podium to protest the restriction of free speech on campus. This was the birth of the Free Speech Movement.

Earlier in the school year, in September 1964, bowing to pressures from outside conservative organizations, the Berkeley administration had implemented new policies, restricting students’ rights to make political speeches or to hand out leaflets on campus and banning non-student groups outright from doing so. In response, students began “tabling” more actively; one of those was Weinberg, a former graduate student, who refused to identify himself when campus police approached him.

Although The New York Times called this week’s commemoration of the Free Speech Movement at UC Berkeley “subdued,” a group of students did occupy the Architects and Engineers building on Wednesday to protest plans to develop university property for commercial purposes.

But they weren’t the only and were hardly the most visible student protestors this week.

In Hong Kong: Student groups have been at the forefront of large-scale protests and civil disobedience in Hong Kong over the last ten or so days. Last Wednesday, students led a peaceful march to protest China’s plans for the 2017 elections in Hong Kong, demanding that China honor its promise to allow the region to retain autonomy from the mainland. Sunday, as the protests grew, the police responded with violence, pepper-spraying and beating protestors. (Here’s a good explanation from Vox on some of the background to the protests; and from The New York Times, a profile of 17-year-old Joshua Wong, one of the student leaders.)

And in Colorado: Students in the Jefferson County School District have led protests against the school board’s curriculum review committee that proposed to “promote patriotism, respect for authority and free enterprise and to guard against educational materials that ‘encourage or condone civil disorder.’” Hundreds of students in Colorado’s second-largest school district have staged walkouts; and classes were cancelled at some local schools due to a high number of teacher absences as teachers called in sick in a show of solidarity.

Echoing conservative groups’ recent complaints about biases in the new Advanced Placement History curriculum, the JeffCo school board recently announced it would review and revise the AP materials. The College Board responded saying that it would drop the district from the AP History program if drastic changes to the materials took place. That’s a move that would be particularly tough on the low income and Latino students in the district, according to Chartbeat which points out that AP credits offer an important opportunity for those students to receive college credit and, in turn, to close the achievement gap.

But the protests in Colorado aren’t simply about the AP exam. Nor are they solely about a proposed history curriculum that threatens to omit any information about civil disobedience. More broadly, the students are demanding a larger voice in the decisions that affect their education so that they aren’t utterly beholden to the political wrangling that’s gripped the school board.

And they’re not alone in doing so, and as the Free Speech Movement reminds us, they’re not the first. Nevertheless, students are organizing and pushing back on budget cuts, dress codes, standardized testing, school closings, and a host of other issues. They are resisting a system that views them as objects — objects without agency and without voice — and demanding that they be viewed as active subjects in their learning. That is, they demand democracy.