I took a few days off to go camping in the Adirondacks with my son Tucker last week. It was a much needed respite, and despite that fact that we officially need a bigger tent (he’s 6′ 2″ now), we had a great time hiking, fishing, and tree adventuring (highly recommended.) I’m surprised, in fact, by how much I enjoy trying to navigate wobbly tree log stumps hanging 75′ in the air, hoping the carabiners hold when I slip off. It’s good to feel pushed and uncomfortable from time to time, right?

Seems like that’s the way a lot of folks are feeling about the economy given the raft of articles and posts attempting to analyze the near future of jobs and such given the trendlines of the last few years. Here are just a few of the links (with some extended quotes) I found when I opened up my laptop upon my return:

The WTF Economy by Tim O’Reilly:

“What do on-demand services, AI, and the $15 minimum wage movement have in common? They are telling us, loud and clear, that we’re in for massive changes in work, business, and the economy.What is the future when more and more work can be done by intelligent machines instead of people, or only done by people in partnership with those machines? What happens to workers, and what happens to the companies that depend on their purchasing power? What’s the future of business when technology-enabled networks and marketplaces are better at deploying talent than traditional companies? What’s the future of education when on-demand learning outperforms traditional universities in keeping skills up to date?

Over the past few decades, the digital revolution has transformed the world of media, upending centuries-old companies and business models. Now, it is restructuring every business, every job, and every sector of society. No company, no job is immune to disruption.  I believe that the biggest changes are still ahead, and that every industry and every organization will have to transform itself in the next few years, in multiple ways, or fade away. We need to ask ourselves whether the fundamental social safety nets of the developed world will survive the transition, and more importantly, what we will replace them with.” 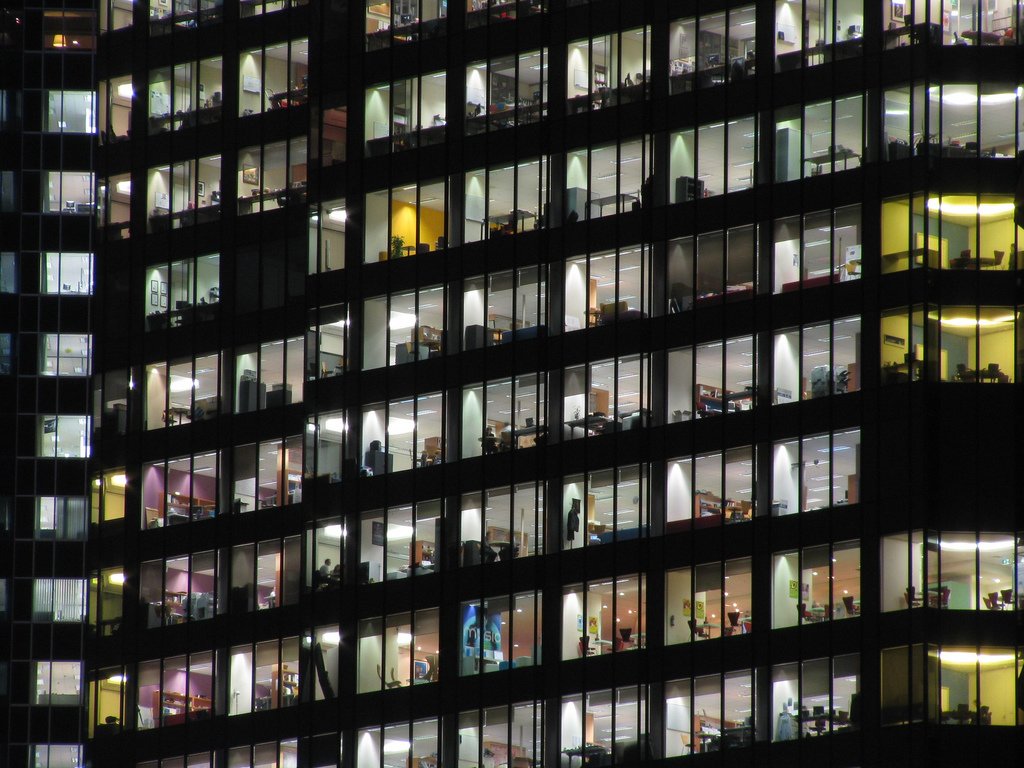 The Shut-In Economy by Lauren Smiley:

“Katherine van Ekert isn’t a shut-in, exactly, but there are only two things she ever has to run errands for any more: trash bags and saline solution. For those, she must leave her San Francisco apartment and walk two blocks to the drug store, “so woe is my life,” she tells me. (She realizes her dry humor about #firstworldproblems may not translate, and clarifies later: “Honestly, this is all tongue in cheek. We’re not spoiled brats.”) Everything else is done by app. Her husband’s office contracts with Washio. Groceries come from Instacart. “I live on Amazon,” she says, buying everything from curry leaves to a jogging suit for her dog, complete with hoodie.”

“The American middle class is facing an existential crisis. For more than three decades, declining wages, fraying benefits, and the rising costs of education, housing, and other essentials have stressed and squeezed middle-class Americans. But by far the biggest threat to middle-class workers—and to our economy as a whole—comes from the changing nature of employment itself.

Gone is the era of the lifetime career, let alone the lifelong job and the economic security that came with it, having been replaced by a new economy intent on recasting full-time employees into contractors, vendors, and temporary workers. It is an economic transformation that promises new efficiencies and greater flexibility for “employers” and “employees” alike, but which threatens to undermine the very foundation upon which middle-class America was built. And if the American middle class crumbles, so will an American economy that relies on consumer spending for 70 percent of its activity, and on a diverse and inclusive workforce for 100 percent of the innovation that drives all future prosperity.”

“The number for the category of jobs mostly performed by part-time freelancers or part-time independent contractors, according to Economic Modeling Specialists Intl., a labor market analytics firm, grew to 32 million from just over 20 million between 2001 and 2014, rising to almost 18 percent of all jobs. Surveys, including one by the advisory firm Staffing Industry Analysts of nearly 200 large companies, point to similar changes.Apple is a vivid example of the trend toward relying on outsiders, directly employing fewer than 10 percent of the more than one million workers around the world who are involved in designing, making and selling all those iMacs and iPhones.

The leaner, more flexible workplace is unquestionably a boon to many workers. A company called HourlyNerd, based in Boston, connects alumni of top business schools and other specialized programs to companies with projects in need of completing, like market analysis or examinations of pricing strategy. The most sought-after experts enjoy a steady stream of work, earn well into six figures and can winter in Buenos Aires if they choose.”

Obviously, there’s no shortage of smart people trying to figure out what all of this means moving forward. I know in my own circle, the vast majority of friends and colleagues are part of the “gig” economy. It’s a much different lifestyle from my very secure public school teaching job.

My sense is that these types of articles aren’t coming across the radar of most board members, trustees, edleaders, and decision makers. My experience in working with school districts is that we’re still not asking kids to do much adapting while in school. We’re not asking them to actually “do” much work as in come up with new ideas and put them into practice and iterate their way through the inevitable failures. We’re not asking them to work with real customers to make real stuff that has a use in the world. In other words, our students, especially the 65% or so that won’t end up with a college degree, aren’t getting much prep for what is shaping up to be kind of a different landscape when it comes to making a living.

I know I’ve said much of this before, but personally, I feel like I keep having to circle back around to it. What changes for us, for our kids, and for our schools given the increasing uncertainty of what’s coming?