In this era of evidence-based decision-making, how often are we now being confounded, rather than comforted by evidence? While on the surface it seems natural that leaders would seek research and evidence to support the decisions they make, digging a little deeper reveals all might not be quite what it seems. Evidence-based decision-making certainly came to the fore during the last Bush administration in the US, and in recent times, it has become the mantra by which politicians and policy makers are making choices around education world-wide.

But is it always the right way, and to what extent is the intent prejudiced by inference, rather than fact?

On the other hand, it suggests that the best decisions are always only made with supporting evidence. Hence we’ve seen the explosion of the role of focus groups in product development, and polling in politics…and look where that has gotten us. Steve Jobs was famous for his total disdain for focus groups, which many would suggest freed his company to lead innovation, and governing by polling is not leadership, it’s followship.

In these times of ambiguity and uncertainty, we have to step back and take a different tack about many of the decisions we are required to make, even when there is little or no likelihood of any evidence being available. 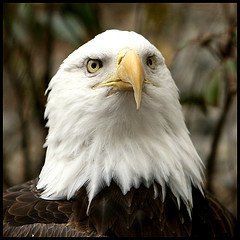 This brings me to reflect on a recent comment by American satirist Stephen Colbert who talked about “truthiness” in politics, and how it was often corrupting decisions and undermining people’s understanding of evidence and fact. As an example he spoke of the manner in which politicians and the Murdoch media in the US were able to create “truthiness” around the rationale to invade Iraq, when in fact there was absolutely little or no evidence to support it. On the surface it “sounded” right, it sounded like the truth.

And so it is across the education conversation, in fact probably in more profound and prolific ways. How many people needed to see robust, research based evidence before they believed the No Child Left Behind regime would “increase student achievement,” even when there was in fact significant evidence to the contrary? How many people believe that our young people should have their learning opportunities dictated to them by the date they were born, rather than any measure of competence, confidence or interest?

How many people simply take something as fact, because it sounds right? And in education, how much of that has been at the root of many poor decisions for way too long.

2 thoughts on “Truthiness and the Education Conversation”