What does it look like when a Silicon Valley engineer decides to reinvent primary school education? Former Google exec Max Ventilla has just raised $33 million to build AltSchool, which he says will be an updated version of Montessori, but a version that relies more heavily on technology R&D. The funding — and the philosophy — prompted EML editor Audrey Watters to ask what does progressive education plus Silicon Valley engineering look like? Does it look like progressive education at all? 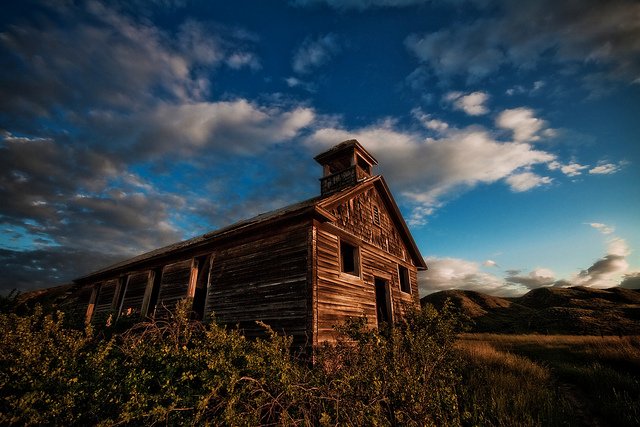 In his keynote at the 2012 OpenEd conference, Gardner Campbell, an Associate Professor of English at Virginia Tech,  talked about the “Ecologies of Yearning.” (Seriously: watch the video.) Campbell offered a powerful and poetic vision about the future of open learning, but noted too that there are competing visions for that future, particularly from the business and technology sectors. There are competing definitions of “open” as well, and pointing to the way in which “open” is used (and arguably misused) by education technology companies, Campbell’s keynote had a refrain, borrowed from “The Love Song of J. Alfred Prufrock”:  “That is not it at all. That is not what I meant, at all.”

“That is not it at all.” I’ve thought of that line again recently when reading about a new school that recently opened in San Francisco. AltSchool, according to headlines in the technology press, seeks to “reinvent” and “reimagine” primary education. “Silicon Valley startup model meets progressive education,” KQED Mindshift describes the startup.

Progressive education plus progressive technology — that is, technology in the service of inquiry, computing in the hands of the learner, the Web and the world readily available to the student, and the reformulation of school that could come as a result —  is something we want to explore here at Educating Modern Learners. But looking at AltSchool, all I hear is T.S. Eliot: “That is not it at all. That is not what I meant, at all.”

AltSchool was founded in 2013 by Max Ventilla, a former Google executive (his Q&A company Aardvark was acquired by Google in 2010, but he’d worked at the tech giant previously too). When he departed Google last year, Techcrunch speculated that his next project would be education-related, based on a tweet from his wife — a photograph of a pile of education-related books. Embracing the Silicon Valley mantra of “fail fast and pivot,” Ventilla has taken that reading list and jumped headfirst into education, hiring engineers and teachers (as well as Richard Ludlow, the founder of the education video site Academic Earth) and starting a new, for-profit school. (The startup has started the process of becoming a “B corp,” meaning that profit isn’t its only goal).

It hasn’t officially opened its doors yet, but AltSchool is running a pilot program now with 20 students from age 5 to 12.  Tuition currently runs $19,100 per year, but might be lower as the school plans to expand into multiple locations in the fall.

The students at AltSchool are not separated by grade; they’re in one large room that has various activity centers and space for solitary and group work. Mindshift writer Katrina Schwartz, who visited the school, writes that “There are times in the day when students are working on independent projects and skills tailored to their skill level, interests, and needs. ‘We expose them to a lot of different things and then sit back and observe, listen to what they say, watch what really excites them, and then build on that and ask questions that go deeper,’ [teacher Carolyn] Wilson said.” 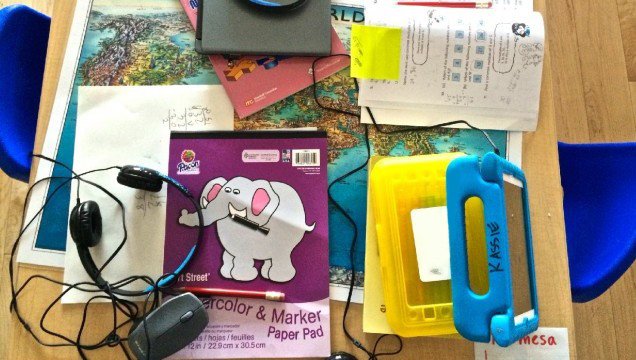 There are elements of AltSchool that draw on progressive education, to be sure, and the startup says that it’s focused on helping students “drive their own education through their real-world motivations and interests.”
But the startup draws on a mishmash of educational theories and technologies, many of which undercut the claims of AltSchool being “progressive.” Although it touts the “personalization” of the program, it’s worth questioning here (as is often the case when that buzzword is used in education circles) what that actually means.

Ventilla describes the school’s “Personalized Learning Plan” as something “developed collaboratively with insights from teachers, family, and students. It prioritizes a set of learning objectives and milestones that are informed by a standards-based curriculum. It also includes goals for academic, social, and emotional development. The PLP maps from AltSchool’s global notion of what children should learn and how students generally learn best, as represented by their Learner Profile.”

And again, from the Mindshift description of the school:

Another borrowed idea applied to AltSchool is the School of One model in New York. Students at AltSchool work from an individual playlist the teacher puts together that’s keyed to his or her interests. The teacher can keep track of student progress on a dashboard, ensure the tasks have been completed, and adjust activities depending on how students are progressing. For example, recently, AltSchool teacher Carolyn Wilson assigned a video about California’s delta to one student, paired with questions about how water moves through the system.

“He moved it to the ‘done’ column, but it wasn’t done, so I told him he was turning me into a screaming monster,” Wilson said. When she checked his work and saw he hadn’t finished, Wilson tagged that assignment with a screaming monster icon and a note to the student telling him to go back and answer the questions and complete a reflection.

As a video filmed during a visit to the school by Techcrunch’s Leena Rao also highlights, the talk about “personalization” is translated into a “choice” about which assignments to do next, a “choice” of whether to watch a video or complete a digital worksheet.

Although students have access to tablets, their usage of technology hardly seems transformational. The tools are used to deliver content and quizzes and to track students. Indeed, that seems to be the major point of using technology: for data collection and analysis to be used by adults (parents, teachers, school engineers). The tracking doesn’t just happen through the tablets either; the schoolroom is equipped with video cameras

so that teachers can just press a button to document a moment. Ventilla says that teachers, parents and students who have been able to actually watch a breakthrough moment or a moment of breakdown have been able to help their children learn better. AltSchool has built audio hardware to better record in noisy settings, and video is uploaded to an online CMS that both parents and teachers can access.

A New Model? An Old Model?

AltSchool recently raised $33 million from Founders Fund, Andreessen Horowitz, First Round Capital, Harrison Metal, John Doerr, Jonathan Sackler, Learn Capital, and Omidyar Network.  (It had previously raised an undisclosed amount of seed funding.) As San Francisco Chronicle writer Jill Tucker remarked about the $33 million, “In the public school world, that much money would be enough to support a small school district for a year or pay the annual salaries of more than 400 experienced teachers. Ventilla plans to mostly spend it on engineers. The AltSchool computer whizzes will design software and applications that make payroll, hiring, admissions, facilities services, purchasing and other services — typically done by a school district’s central office staff — electronically seamless, Ventilla said.”

“We’re not trying to make existing schools work better. We are trying to actually advance a new model of a school.” – Max Ventilla

“We’re not trying to make existing schools work better,” Ventilla has said in several interviews. “We are trying to actually advance a new model of a school.”

AltSchool raises so many questions about what progressive education plus technology should or could look like; it certainly shows what I’d argue is the sort of superficial approach to “fixing education” that’s all too common from Silicon Valley technologists. Read a book or two; then start an education company. How hard can it be?

One of the things that I find particularly fascinating (and frightening) about this approach is how little it knows about the history of education, particularly the history of progressive education, not to mention theories of constructionism (something you would think would be more readily adopted by technologists.) In several of its articles about the startup, Techcrunch cites Ventilla saying, ““If a time traveler came back from the early 1900s, and looked at schools, they would look relatively the same. And there’s something wrong with that, because children and our world have changed.” It’s as if John Dewey, his work at the turn of the century not to mention his legacy in progressive education, never existed.

Of course, much of the praise and the hype for Ventilla’s new startup is a result of Ventilla himself — not for this particular idea or this particular implementation. Ventilla is a well-known person in the technology sector who has just raised tens of millions of dollars from some of the best-known investors in Silicon Valley.

But as we try to better articulate better ideas and highlight schools and school leaders who are actually implementing them, I’m still left with that line from “The Love Song of J. Alfred Prufrock”:  “That is not it at all. That is not what I meant, at all.”

How can we help make our meaning — a vision for learning transformed — clearer?

2 thoughts on “What Does (and Doesn’t) Progressive Education Plus Technology Look Like? Thoughts on AltSchool”