At a time when we seem to be increasingly called upon to make ‘research-based’ decisions, it’s worthwhile to reflect on exactly what types of research we really value.

As educators we are expected to have a natural affinity with research, even though that of course isn’t always the case. For me, I am passionate about the research process, but I find far too much educational research being done for its own purposes. While I totally respect the decision of researchers such as PhD candidates to focus on an area of personal interest, overall I think we see far too much educational research that is self-serving, both for an institution or an individual.

Additionally we too often see research rolled out to justify questionable ideas or concepts, NCLB being the most notable, personalisation software the most recent, while in other cases schools can be conflicted when they see both sides of a debate supported by ‘proven evidence’. At one level it has similarities to the research that took so long to prove the link between smoking and cancer, while on another level the influence of funding bias or alignment with corporate marketing needs is also far too prominent, as Audrey Watters highlighted in an earlier article.

All this at a time when we actually need more high quality, rigorous research to build evidence and engage broad stakeholder support for innovation and change that is so urgently needed in our schools.

While there is a growing need for quality independent research partnerships, much of the research that is currently being published is irrelevant, repetitive or redundant;…. or as I once heard in described, Research of the Bleeding Obvious.(RoBO) 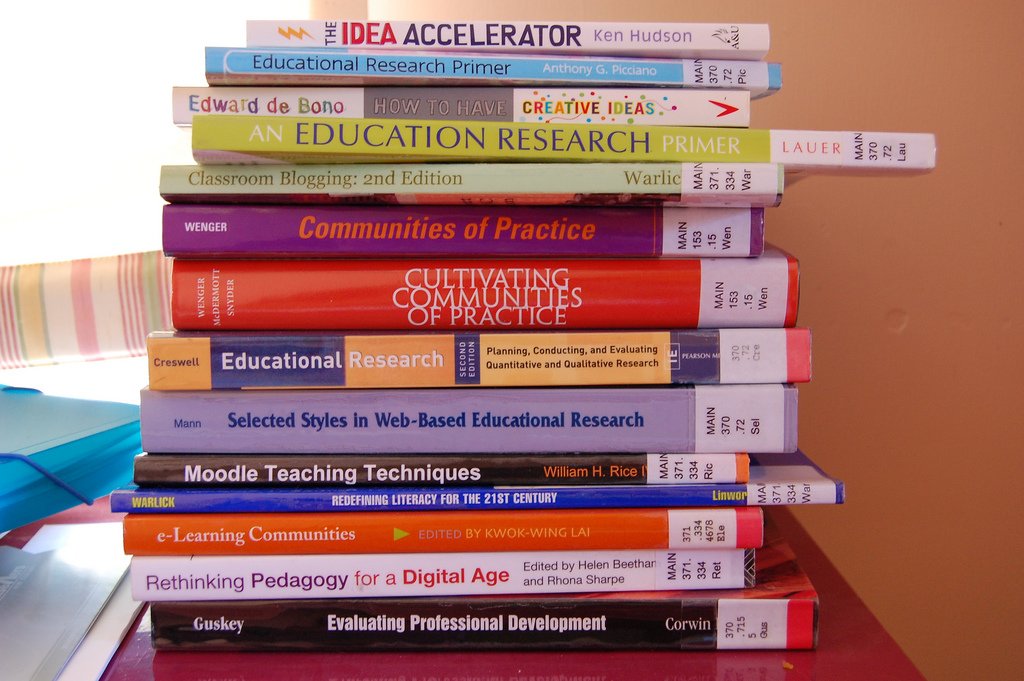 The best example of that was a recommendation I came across recently from a very prominent North American researcher, who shall remain nameless, which  concluded that student achievement can be strongly affected if schools maintain an orderly environment for all concerned; while another from another prominent researcher concluded that ‘there is no necessary relationship between having computers, using computers, and learning outcomes.’ This is from a well-funded Canadian research team who’s paper also stated..’ the biggest unanswered question for policy makers and practitioners concerns whether e-learning is worth the cost’.

This is frankly not only a waste of money, and achieves nothing, but in fact it can have a negative impact if read out of context by policy makers or politicians. It is also indicative of just how timid and unambitious much of our educational research has been to date.

In other cases its simply misdirected, or just poorly informed as is well illustrated in Hattie’s meta-analysis which includes more than 4,000 studies around computer use in schools. While impressive in scale, it is witheringly narrow in scope. Of all his research around computer use and student achievement through the 1990’s and early 2000’s , few if any of the studies, challenged the  validity  of the model of computer access that was chosen by the schools, or how that choice impacted on their student outcomes.

Such models, built around the irregular and incidental access provided in a computer lab, limited the time the majority of students spent in front of a computer at school to less than an hour a week; yet few studies ever thought to explore alternatives, most notably 1 to 1.  In the same way a large percentage of the studies were focused on evaluating the impact of computer use in classes where there had been little or no pedagogical shift that in any way leveraged the potential of the technology.

Emerging technologies demand new pedagogies, not legacy practice.  In a similar vein the same can be said for so much of the research that underpins the class size debate; if you teach 15 students the same way you teach 25, then why should the outcomes be any different?

We need research that supports the development of a bold culture of innovation in our schools, not just one that proves compliance.

I’ve been keeping a list of recommendations for the type of research I would like to see, just in case we have a windfall in government and a maverick policy maker pops up who is interested in breaking new ground in educational research.

We need research that explores breakthrough ideas, rather than approves incrementalism. Over the past 3 weeks I have had the ‘pleasure’ of reviewing a large number of research projects and I am shaken by the timidity of their intent. Too much education research, particularly around technology use is focused on legacy assessments as a measure of success. The higher education response to assessing collaboration for example, is frankly embarrassing, and lacks any imagination or creative thinking…ironically.

We need research that supports the development of a bold culture of innovation in our schools, not just one that proves compliance. The idea that all new initiatives must be first supported by evidence is just absurd, and more people should be speaking out about it. At a time when what we need is more new initiatives, we should be seeking to build effective evaluative tools, that are formative in nature and allow for iterative improvement and refinement towards an initiative’s goals.

As the realities of our digitally rich world reach the shorelines of our schools we will see far more innovation and change over the next 10 years than we have seen in our lifetimes. This demands investment in research that supports bold and ambitious initiatives, and importantly also demands new thinking about modern research methodologies that better reflect the objectives of modern schools.

We need research that is dynamic, responsive and actionable. Too much current research is structured around unrealistic, untimely and theoretical outcomes which has any real benefit or value add for schools. That is not to say all research has that focus, but currently the bias is too far away from what our schools need.

While funding obviously often determines timing, there have too many studies completed to meet political or policy deadlines, whose outcomes have not been relevant to schools.

This should be the greatest time to be in education research. There is so much to do, and seemingly not enough people doing it. For the sake of all the new ideas we so urgently need, let’s hope we see some fresh thinking from our politicians, policy makers, higher ed and systemic leadership in the near future.

What would your recommendations be?

1 thought on “What Research do You Find Most Useful?”