And do the stories that we tell about education technology, particularly when those stories are tinged with judgment, shame, and condemnation, foreclose these sorts of reflective opportunities? 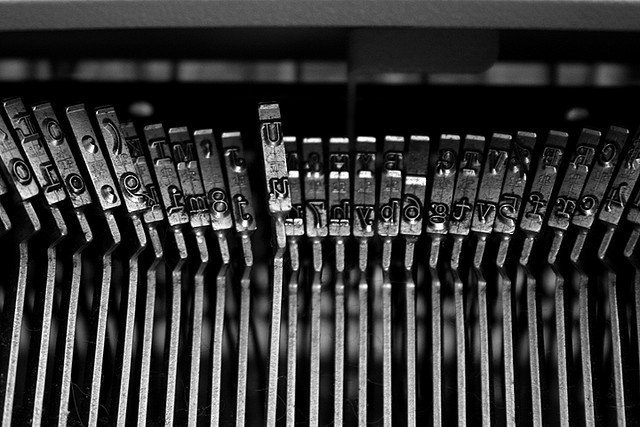 Education technology is a MacGuffin.

Do the stories that we tell about education technology demand we ask more questions?

The “MacGuffin” was a term popularized by Alfred Hitchcock to describe the suspense techniques in his films. Among of the best known examples: the $40,000 in cash that Janet Leigh’s character steals in Psycho, or the spare key to the apartment in Dial M for Murder. The MacGuffin is the thing that initiates the plot, but it’s not the driving force – or, at least, it isn’t the driving force for long. Rather, it’s the “hook” that the suspense of the film is hung upon, that is until Hitchcock draws us in to care more deeply for the characters. Then, as Hitchcock himself once admitted, the MacGuffin becomes “nothing at all.”

Education technology is a MacGuffin insofar as it’s meant to “provoke learning” (or stories about learning); but we err when we expect ed-tech to carry the weight of the whole story. The iPad isn’t the story. The Chromebook isn’t the story. Big data, algorithms, and personalized learning are not the story. The story – I hope – lies elsewhere: it lies in the transformation of teaching and learning. But not in the objects that initially attract our attention.

Ed-tech objects do make good MacGuffins. The hardware, the software, the online content – they’re all very exciting, very new, very compelling. They generate plenty of that initial intrigue and interest. We want the new iPad, for example, because it’s shiny; to own one, desirable.

But the MacGuffin, remember, is just the thing that draws us in. It isn’t what drives the plot forward. That requires people, human connections, processes (and okay, in the case of Hitchcock, things like greed, vengeance, and other complex psychological motives.)

MOOCs and Khan Academy, for example are an ed-tech MacGuffin because they prompt us to care about what good pedagogy, what progressive education looks like.

I should clarify here that I don’t want us to confuse MacGuffin with “red herring” – something that occurs quite frequently in common parlance. A MacGuffin isn’t a distraction from the story, and as such I don’t mean to say that ed-tech is a distraction from learning. The MacGuffin is what compels our interest. It’s what draws us into a deeper narrative, but often not directly.

MOOCs and Khan Academy, for example are an ed-tech MacGuffin because they prompt us to care about what good pedagogy, what progressive education looks like. (That’s not to say that these particular examples aren’t also simultaneously “red herrings,” distracting us from asking critical questions.)

Whether you put two spaces after a period or one and what that says about your readiness for technological change: now, that feels like it’s easily a red herring.

Although Farhad Manjoo’s Slate article is over four years old now, it still resurfaces on social media with some frequency. (It did this week, and it prompted this essay.) The argument: “Why you should never, ever use two spaces after a period.”

“What galls me about two-spacers isn’t just their numbers, Manjoo writes. ”It’s their certainty that they’re right.”

Over Thanksgiving dinner last year, I asked people what they considered to be the “correct” number of spaces between sentences. The diners included doctors, computer programmers, and other highly accomplished professionals. Everyone—everyone!—said it was proper to use two spaces. Some people admitted to slipping sometimes and using a single space—but when writing something formal, they were always careful to use two. Others explained they mostly used a single space but felt guilty for violating the two-space “rule.” Still others said they used two spaces all the time, and they were thrilled to be so proper. When I pointed out that they were doing it wrong—that, in fact, the correct way to end a sentence is with a period followed by a single, proud, beautiful space—the table balked. “Who says two spaces is wrong?” they wanted to know.

One space is simpler, cleaner, and more visually pleasing. (It also requires less work, which isn’t nothing.) A page of text with two spaces between every sentence looks riddled with holes; a page of text with an ordinary space looks just as it should.

To be clear: this is simply an aesthetic preference. What “looks right” to a reader/writer. As such, it’s probably not that big of a deal – except that the argument about two spaces fits neatly into other narratives that we like to tell about how certain populations refuse to adjust their practices and habits in the face of technological change. (In this case, the culprit is often “old people.”)

And who does Manjoo blame for perpetuating the two spaces at the end of a sentence? Teachers, of course. Again, this is part of a larger narrative about who affords and who resists change.

Samantha Jacobs, a reading and journalism teacher at Norwood High School in Norwood, Colo., told me that she requires her students to use two spaces after a period instead of one, even though she acknowledges that style manuals no longer favor that approach. Why? Because that’s what she’s used to. “Primarily, I base the spacing on the way I learned,” she wrote me in an email glutted with extra spaces.

Several other teachers gave me the same explanation for pushing two spaces on their students. But if you think about it, that’s a pretty backward approach: The only reason today’s teachers learned to use two spaces is because their teachers were in the grip of old-school technology. We would never accept teachers pushing other outmoded ideas on kids because that’s what was popular back when they were in school. The same should go for typing. So, kids, if your teachers force you to use two spaces, send them a link to this article. Use this as your subject line: “If you type two spaces after a period, you’re doing it wrong.”

Starting a Story or Foreclosing the Conversation

What does using two spaces or one space really say about a person? What if it actually tells us nothing? What if it’s a red herring.

Me, I learned typing in Mrs. Walker’s ninth grade keyboarding class. We were taught to type two spaces after a period. I left that class knowing how to be a fairly decent touch-typist. I type quickly and pretty accurately. For a long time, that meant hitting the space bar twice at the end of a sentence. (It also influenced how I used the em dash. There’s a Slate article that shames writers for using those too.)

But I’ve stopped adding two spaces. I can’t really explain how or when or why. It wasn’t being shamed by Farhad Manjoo, that’s for sure. It probably had to do with trying to squeeze my thoughts into 140 characters on Twitter – no room for an extra space there. It also had to do with writing in HTML and Markdown – the editors I use remove the odd extra space for me or translated those into strange characters. I got used to seeing one space; I typed one space.

So to lambast those who still type two spaces after the period as Luddites who refuse to adapt to new technologies – that seems like a red herring, particularly if, as Manjoo’s article suggests, typographical choices are really just a matter of aesthetics. This could be a MacGuffin, I suppose. It could be an opportunity to start a conversation about changing technologies and changing practices. But I don’t think that’s the story that Manjoo himself has decided to tell.

A MacGuffin pulls us into a story. If we think about typography (or education technology) as a MacGuffin, it provides us with an interesting opportunity to lead people into new narratives. Shaming about technology usage, I would argue – and that is what Manjoo does here – stops the story in its tracks. Red herrings distract us from pursuing the story as well; they lead us down different paths. In the case of this particular Slate story, we’re to condemn teachers for perpetuating bad technological habits rather than asking why and how all of us change or don’t change in the face of new technologies.

How much of the storytelling about education technology, reliant so often on red herrings, stands in the way of our rethinking teaching and learning?