Disneyland and the Measles. Each week, Educating Modern Learners picks one interesting current event – whether it’s news about education, technology, politics, business, science, or culture – and helps put it in context for school leaders, explaining why the news matters and how it might affect teaching and learning (in the short or in the long run). This week (the week of January 26), Audrey Watters looks at an outbreak of measles, traced to Disneyland – and the anti-vaccination trend . 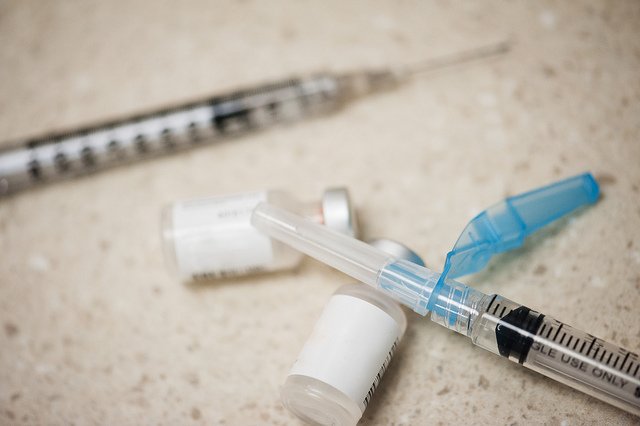 The California Department of Public Health has confirmed 79 cases of measles in the state, over 50 of which can be linked directly to visits to Disneyland in December and January. The outbreak is spreading across the country: there are now some 95 measles cases across eight states, again most linked to Disney. Arizona officials worry some 1000 people might have been exposed in that state.

Most of the patients in California, ranging in age from 7 months to 70 years old, were not vaccinated.

That’s part of what’s been a growing and worrisome trend in some communities: avoiding vaccinations. (There is some indication that this trend might be reversing.) Once thought to be largely eliminated at the turn of the century, last year had the most measles cases in 25 years.

Although public schools in the US require children to be vaccinated – typically against mumps, measles, rubella, diphtheria, pertussis, tetanus, and polio – parents can opt out, citing religious or “personal belief exceptions.”

Many blame celebrities like Jenny McCarthy for fueling fears and skepticism about the safety of vaccines.

Some parents who opt not to vaccinate their children hope that “herd immunity” – that is, that the vaccinated people around them will not get or pass along the diseases – will keep these communicable diseases at bay. But with a growing number of people opting out of vaccines, particularly as they tend to be clustered in certain communities, that’s becoming more and more of a gamble.

The New York Times profiles six-year-old Rhett Krawitt, for example, who has leukemia and cannot be vaccinated. 7% of the children at his school are not vaccinated. Now Rhett’s father is asking the school district (Marin County, California) to keep those kids out of school.

The Desert Sands School District (also in California) has banned some 70 un-vaccinated students from coming to class, hoping to minimize the exposure to measles from a student who has had the disease.

After all, measles is, as Seth Mnookin, author of The Panic Virus notes in an interview with NPR, “the most infectious microbe known to humankind.”

If I was infected and I walked into a room and then left, you could get infected if you came into that room, even two hours later. It has a 90 percent transmission rate. So if you have measles and you’re around 10 people who don’t have measles but are vulnerable, nine of them will get infected. It’s just incredible, incredible numbers.

And that’s one of the reasons why public health officials get so anxious about measles and scramble so much to contain outbreaks. What we’re seeing, now, in how these cases have multiplied over the past days and weeks.

Do schools need different policies about immunizations? What should they do about un-vaccinated students? How are schools prepared for outbreaks of disease?