The Apple Watch. Each week, Educating Modern Learners picks one interesting current event – whether it’s news about education, technology, politics, business, science, or culture – and helps put it in context for school leaders, explaining why the news matters and how it might affect teaching and learning (in the short or in the long run). This week (the week of March 9), Audrey Watters looks at some of the reviews of the new Apple Watch. 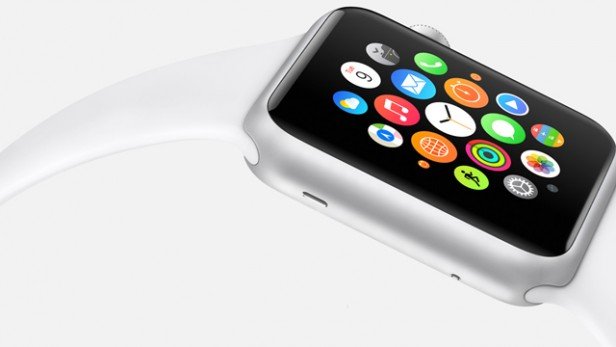 Apple first announced its new wearable device last fall, but this week the Apple Watch was officially unveiled at a press event in San Francisco.

While the Apple Watch will go on sale in April, Apple gave the media very few details about the device’s specifications. We know it will run a Watch OS; we know it contains a handful of sensors – gyroscope, accelerometer, compass (magnetometer), heart rate, altimeter (barometer). It appears, based on the demos on stage, to be able to handle email and phone calls. But technical details were still fairly light (something that should raise a lot of scrutiny about security and privacy, particularly considering the “always on” nature of the device and the vast amounts of personal data that it promises to track for you).

This is a big shift in the Apple brand, some have argued. Rather than computing devices for everyone, the Apple Watch is clearly a fashion accessory for the very few.

While “wearable technology” often makes the list of up-and-coming trends in education, it’s difficult to see an expensive device like this one becoming that widespread in classrooms. But one of the apps that Apple is featuring in its not-yet-launched Watch App Store caught my eye: 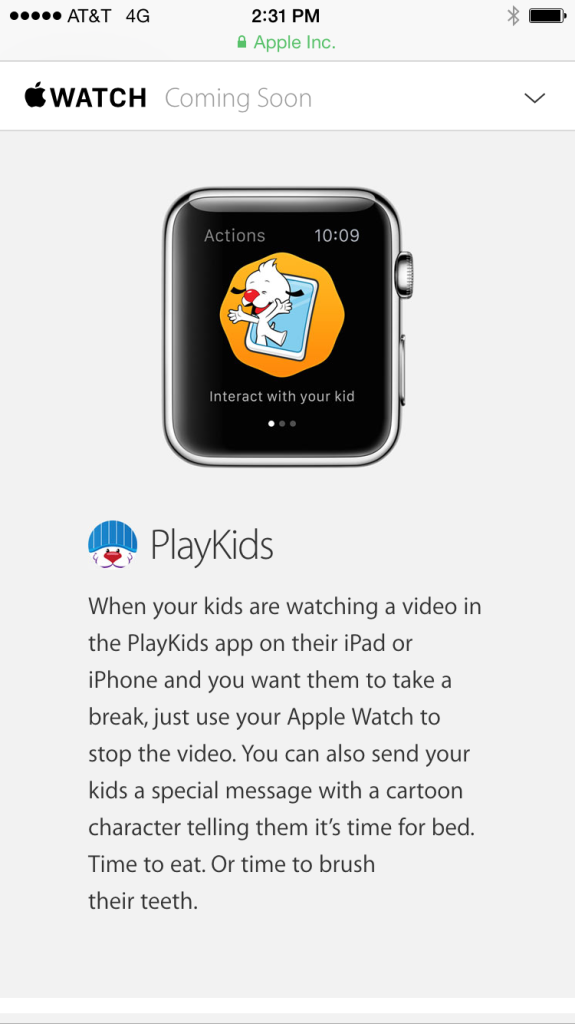 “Interact with your kid”

Perhaps this does hint at how many Watch apps will function: they’ll be used to control other Apple devices. That has some unfortunate implications for the classroom (let alone, in this particular case, the home!).

Last fall, education consultant Michael Feldstein wrote a wonderful article, “What the Apple Watch Tells Us About the Future of Ed-Tech.” (Definitely click to read his answer.) I do wonder, however, what this direction – the launch of this luxury watch – can tell us, if anything, about the future of Apple.

Although not mentioned on stage at its press event, Apple appears to be poised to revamp its iPads in Education program to simplify the management of the devices. It’s hard not to see this as a response not only to the longstanding complaints about the complexity of iPad management in schools but also to the growing success of Google Chromebooks in the education market.