A snowy start to the year can certainly slow things down a lot in the North of our planet, and below the equator, a sharp dose of summer will mean lying on beaches to enjoy the end of the summer vacation. So maybe we all did need a wake-up call to get us going this year.

So, we can thank the politics of the world’s greatest democracy (sic) these past few weeks for bringing us back to reality, and make sure we were all paying attention. No doubt a few of you have had to recheck your calendars to be sure the year isn’t 1984, with all of our post-truths, and “alternative facts.”

But let’s for a second look pst the distractions, as difficult as they may be, and see what we can learn. Yes, we know we learn from great leaders, be they educational, corporate, or indeed, political. In politics, we’ve read about the courage and wisdom of people like Mandela, Lincoln or Churchill.  In recent times, while I’m not sure we have seen a lot of “shining lights,” I am intrigued by what Prime Minister Modi is doing for India in extraordinarily challenging circumstances, and of course, the leadership of Angela Merkel is another who warrants our attention. 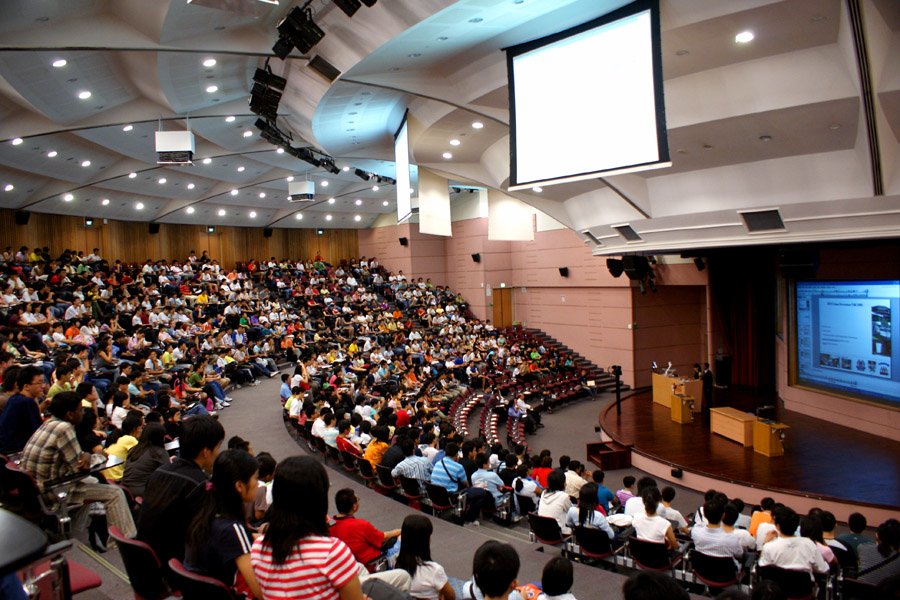 So whether you like the new President or not, let’s instead just focus on how he was able to draw people to his vision for America’s future. A little crazy at times, he was able to draw a significant number of people from across the political spectrum to support his ideas, despite all predictions to the contrary.

Above everything else, this is someone who knew how to market ideas, absurd as some of them might be, and if we think that changeleadership isn’t about marketing ideas, we are kidding ourselves. In fact, in contrast, I would say that possibly one of the weakest aspects of any significant change initiative that I have witnessed in schools would be the ability of the leadership to market the key ideas on which their vision was based.

At the very basic level, most schools maintain regular contact with their parents, and increasingly many have widened the communication channels through portals, email and social media. But how effective is that communication?  Who is paying attention to what you are saying? Who reads it and how often? To what extent are your parents aware of, and can articulate your school’s mission and vision, and importantly will they be willing to support any change journey you are about to embark on?

Such a journey must be built on a comprehensive communication plan, which connects the various sectors of the school community in ways that they can make the most valuable contributions. While few will have the time, interest or background to be involved at every step of the journey, it’s important to understand just who should play what role and for what purpose.

This gives you the foundation on which to build a guiding coalition which will ultimately ensure genuine representation of all sectors of your community to start your change journey.

But if you think it’s tough going in your school community when you’re thinking of change, think back again about the magnitude of what we have just seen happen across the US, and reflect on what we might learn from it:

Know who you’re speaking to. Know your community. If need be, poll them regularly, because now you can, very easily and seamlessly. How well do you really know the people in your community, their concerns, the things they value and also maybe the things that get them riled up?

Talk in a language they understand and above all be consistent with language. If we learnt one thing from the past 12 months, it was surely the value of simple messages.  When discussing your rationale for change, say it like you mean it, and if you don’t mean it, don’t start it.

While the Democrats were speaking to their ‘secret handshake club’ of supporters and telling them what they wanted to hear, they isolated a large number of people who felt completely disenfranchised. The same can very easily happen in school communities.

If you try to please everyone, you please no one. Focus matters and a lack of it can undo a great initiative, for as much as the recent politics polarized a nation, it also reinforced the message about staying true to your vision and your constituency.

In schools, this is manifested by what are often very small, but very vocal “ginger” groups, which I like to euphemistically refer to as the “unwise.” Their voices might be loud but their minds are closed to new ideas, and school leaders can waste a lot of time being distracted trying to accommodate them. In doing so, it’s easy to lose touch with those who were your supportive majority which then weakens your core message and strategy.

On the other hand, you always have to reach out beyond your core supporters and ensure you’re in touch with a breadth of opinion, not just those who are closest to you. Balancing between these first two lessons is the art of leadership.

Challenge Assumptions. This is the one that we most often miss because we readily make assumptions about so much of what we do, and rarely question them.

How is it that a man who has zero political experience became the U.S. President? Love him or hate him, along the way he has rewritten many of the rules of politics because at every level he was prepared to test many of the assumptions people had made in that past and they were taken for granted.

In our schools, we do the same, and in some ways, possibly even more so. I’ve written previously about the assumptions we make in accepting what Sarason calls the “ways of doing school,” or Papert’s Grammar of School; the radically changing context in which our schools function today means these ‘regularities’ of school culture now need to be challenged. But in doing so, we must take our school communities along with us, by showing the benefit to students.

Symbolism matters. I think I only have mention the word “wall” and you get my meaning. Again, as passionately as you might disagree with that and everything it represents, it was a piece of marketing genius because it carried a message to the very heart (emotion) of the people he wanted to connect to.

I remember working in one of the first 1 to 1 schools in the mid-’90’s when the Principal made was what then the radical decision to make a complete shift to email for all administrative communication across 300+ staff. Symbolically it said, we are serious about this digital medium, which was a very courageous decision at that time. And it worked.

Well, he may be the most polarizing President in history, and on my next US trip, my 84th, I’m sure I’ll see much longer queues at immigration, if in fact I’m even allowed in; but as much as it may pain many of you, or please some of you, we should all be learning from what we are witnessing.

Oh, and btw, if you don’t think the lessons are significant, just watch the next few electoral campaigns, in France, the Netherlands, and next time around in the US, and you’ll see who really has been paying attention.