From the outset, understand that I have no idea where this post is going to end up. It’s one of those posts that’s going to have to write itself, struggling from one sentence to the next, stepping down a path that’s not real visible to some unknown destination that may or may not be a place worth visiting.

As much as I’ve tried to step back from all things politics the last couple of months, the last few days it’s obviously been a bit hard to do that. And on Sunday, the phrase “alternative facts” seemed to seep into my streams from all directions. I watched the video. I read some of the reactions, and surfed some of the Tweets. (Nothing like a good meme to get you back in the swing of the news, eh?)

These are truly such interesting times, no? I’ve written before that a part of me feels like it’s watching the beginning of the end of democracy, while another part of me feels like this may just be the wakeup call that we all needed to get serious about the problems that confront us. (This helped.) Either way, if you’re not feeling a bit disconcerted at the moment as to the future of the country and the world, you’re not paying attention. (Btw, the new Doomsday Clock adjustment happens this Thursday. Woo hoo!)

So what does this have to do with “Modern Learning?” Well, maybe we need to do some “alternative fact-checking” in education as well. There are quite a few things we’re just making up to fit our version of reality, things that disregard truth and common sense. 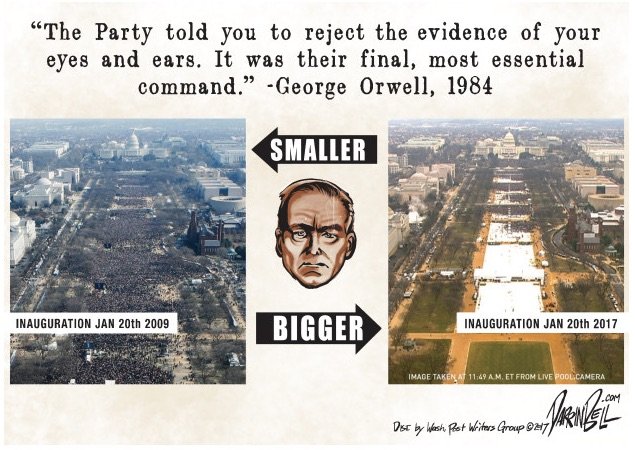 Here are few that come to mind, and then I’ll save some space for you to add your own.

Alternative Fact in Education #1: Technology increases student engagement. This alternative fact makes us happy when we look at all of our shiny new iPads, and it justifies all that money we’re spending on stuff that eventually ends up in landfills and storage closets. The real fact is that learner engagement only grows when they are pursuing an idea or a solution or a bit of knowledge that they care about and has meaning and relevance in their own lives. Technology can be an amplifier of that, but if your kids aren’t engaged, it’s about agency, not technology.

Alternative Fact in Education #2: Putting an adjective in front of the noun “learning” makes our practice more effective. (I know, ironic from the “modern” learning guy. I justify that by saying that we’re more meta than the more practical applications.) We seem to have a compulsion to do this. (Same with “literacy” by the way.) The real fact is that we’re either too scared or too lazy to build some common language around what “learning” really is and just state flat out what we believe about how kids learn. If we did that, would we really need all those made-for-edtech-vendors adjectives? I think not.

Alternative Fact in Education #3: Grades tell us what we need to know about whether our kids are prepared for college and career. Um, no. The real fact is that grades don’t tell us much other than what students are able to remember for the test or how well they learned to play the game of school. And if you want proof of that, take all the tests and quizzes and homework assignments that a kid did for a class six months ago and assign them in one chunk today, right now. Think he’ll get the same grade?

I’m sure you have others.

And by the way, you realize, don’t you, that if you push the “alternative facts” concept to it’s “logical” conclusion, there are no longer any wrong answers.

God, I wish I was a student again.

All snickering aside, we can be shocked as much as we want by our new president’s proclivity to live in an alternate universe when it comes to truth and reality. But only after we fess up to our own willingness to defy fact and common sense in the work we do in schools. The truth hurts only if you live in denial of it.