It’s Computer Science Education Week, and thanks to a major industry-funded initiative, many schools will be participating in an “Hour of Code.”

It’s nice to see a growing interest in computer science, of course, as many K-12 schools have been resistant to view computers as more than word-processing or test-taking devices. But I want to offer a few challenges to the “Hour of Code” as it is currently formulated, not to dampen an enthusiasm for programming but rather to spark a larger discussion and to push our thinking about whose interests the current “Hour of Code” initiative serves. 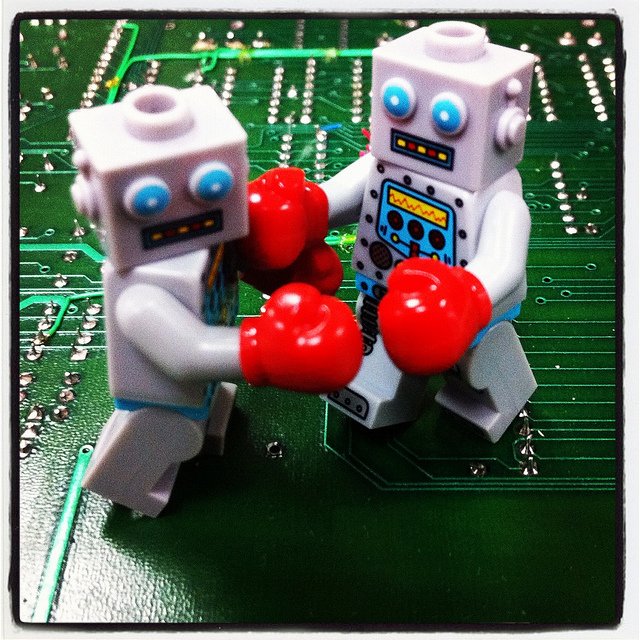 The “Hour of Code” is run by Code.org, a non-profit organization founded by two Silicon Valley investors/entrepreneurs. Launched in 2013, the organization is backed by over $10 million in investment from major technology companies and their founders, including Bill Gates and Facebook’s Mark Zuckerberg. That investment, along with a viral video featuring celebrities from the tech, music, and sports worlds, has certainly giving computer science education (or at least “coding” education) a much higher profile.

And that’s probably the response you’ll hear to any criticisms about the effort: “if it weren’t for Code.org, we wouldn’t be talking about programming.” Saying that, of course, ignores all those who have been talking about programming, who have been working with their students to gain new understandings through what Seymour Papert called in 1980 “the Proteus of machines.” It erases the history of those who’ve long worked to introduce children to computers, again not as devices for testing or instruction or productivity, but as powerful devices for learning.

So to say “if it weren’t for Code.org, we wouldn’t be talking about programming” is a bit insulting those who have been talking (and doing). But it’s also really troubling because of what it reveals about where we locate power and agency and voice in terms of the future of teaching and learning through technology.

In addition to its “Hour of Code” event, Code.org has been pushing its own computer science curriculum into districts and schools in an attempt to counter the dearth of computer science classes offered at the K-12 level. And that Code.org curriculum isn’t terrible per se. It’s certainly infused with the branding of the organization’s corporate sponsors. (“Thanks to Disney Interactive, Code.org’s signature tutorial for the 2014 Hour of Code features Disney Infinity versions of Disney’s “Frozen” heroines Anna and Elsa!” the organization announced last month. Color me skeptical that the missing piece of getting more women into computer science has been that the Disney princesses weren’t involved until now.)

The problem with this approach, I’d argue, is connected to the larger issue of focusing on reforming school via changing “the curriculum.” That is, the problem is with this notion that if we can just force more new stuff into the school day and into kids’ schedules, particularly via scripted lesson plans, that we’re modernizing school. (A Gary Stager classic: “Education’s Most Dangerous Idea: Curriculum.”)

I’ve written previously about how efforts like “Hour of Code” and “20% time” are hardly designed to be transformative, despite all the hype about the innovation they purport to unleash. If it’s just an hour or just a day, it’s not central and it’s not valued. You can tick off participation in an “Hour of Code” as though you’ve done your part to be “future ready”; there’s no compulsion for more time or for a bigger change. (And again, let’s think beyond “more computer science curriculum” as what that change should necessarily be.)

It’s easy to shrug, I suppose, and say that an hour is better than nothing. But an hour is both not enough time and, when framed as a new set of expectations for teachers and for students, an hour is too much. By that, I mean it’s overwhelming and confusing and when it’s offered in terms of a scripted lesson and not a meaningful project, it reduces computer science to just another subject to study, rather than being a key to understand logic, math, language, and indeed, the whole world around us.

If the latter is what we think computers can do, then understanding computer science and understanding programming is something we should think about in all we do, in all our teaching and in learning. It isn’t an extra; it isn’t an elective. It is now integral.

I’ll invoke Papert again, this time from his 1993 book The Children’s Machine reflecting on the failures for computers to transform school:

Little by little the subversive features of the computer were eroded away: Instead of cutting across and so challenging the very idea of subject boundaries, the computer now defined a new subject; instead of changing the emphasis from impersonal curriculum to excited live exploration by students, the computer was now used to reinforce School’s ways. What had started as a subversive instrument of change was neutralized by the system and converted into an instrument of consolidation.

And I’d add to that observation about the conservative culture of School a new force that we need to be mindful of: the powerful influence of the technology industry. If computers have long served to reinforce traditional practices of schools, why do technology companies want more of them now? Is it to challenge those traditional practices?  Or, might we be seeing now, rather than computers unlocking more agency for students, an effort to make them reinforce the values and practices and culture of industry?

Will an “Hour of Code” change school, I ask in the title of this post. The simple answer is “no.” An hour is not enough. But will an industry-funded narrative about computers and education change school? I think the answer could be “yes.” So use your hour wisely.