There are technology trends, and then there are learning with technology trends. Too often, the two fail to overlap. Audrey Watters fills us in on what’s trending now in terms of technologies to help our students develop into the agile, self-directed learners they need to be in the new, globally connected world. 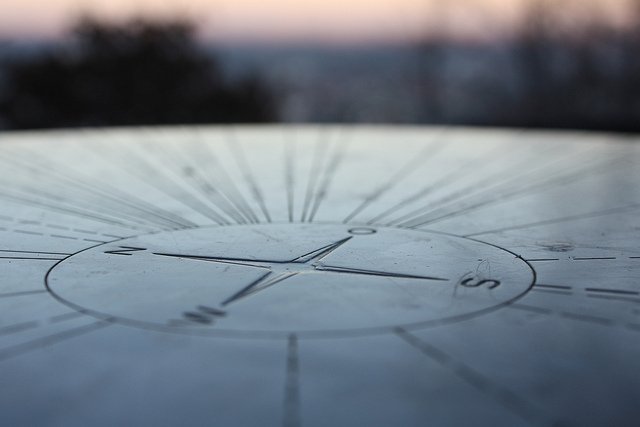 There’s no shortage of lists of the “top tech trends” in education. They’re published by teachers, researchers, non-profits, investors, and journalists alike. Some of these lists focus narrowly on tools used in the classroom; some include tools used in administration and job or college recruitment.

With the boon in learning opportunities thanks to the World Wide Web, it’s striking how many of these lists highlight mostly technologies that focus on classroom management and on instruction. (Striking, but perhaps not that surprising.) Few lists put the learner at the center of what constitutes “the best,” and even when they do, it’s often a focus on how efficiently the tool helps her or him move through or master assigned materials.

This list is an attempt to identify some of the predominant trends in education technology that every school leader and decision maker needs to be thinking about, but from that learner perspective. We’ll be covering each of these and other trends to watch in more depth in subsequent articles, but for now, what follows are overviews on the big six that focus specifically on developing students as self-directed learners — that is, helping developing students (and citizens) that are the subjects of their lives and their learning, rather than the objects of technology and schooling.

“Game-based learning” has gained more and more acceptance by schools in recent years, as research shows the benefits of gaming in terms of cognitive and social development. Perhaps there are legions of learners who nod appreciatively at this research. Or perhaps they shrug and continue to enjoy their gaming for the joy and exhilaration and sense of achievement it brings them. (It’s the latter, no doubt, that makes this such a powerful trend for self-directed learning.)

Games come in a huge variety of forms, from massively multiplayer online games to alternate reality games; from word puzzles to physics puzzles; games for solo and for group play; games on mobile devices, on consoles, on laptops, and of course on table tops with pen and paper.

If I were to pick one game that sums up all that’s best about open-ended play and self-directed learning, it would have to be Minecraft. Released in 2009 in an alpha version, the full release version has become an underground smash hit, making it one of the most popular games ever. There aren’t clear-cut goals in Minecraft, making it an incredible creativity-inducing sandbox. 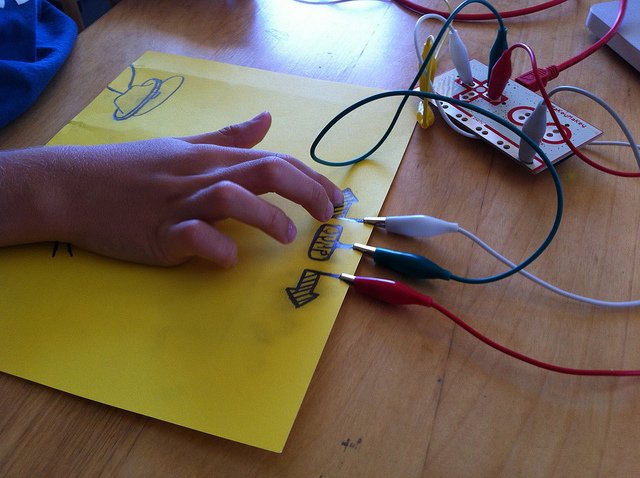 The “Maker Movement” is an umbrella term — and yes, it’s probably fair to say “a movement” — for the ever-increasing interest (or perhaps more accurately a renewed interest) in the types of making, building, creating, and hacking. That interest is spurred in part by a proliferation of low cost, open source and entry level hardware projects: 3D printers like Makerbot, Arduino microcontrollers, the Raspberry Pi, e-textiles, robotics, laser-cutters, as well as a programming tools galore. But this movement very much honors the interest and passion of the individual too, making this a powerful form of learning.

Many communities (in libraries, on college campuses, and in TechShops, for example) have built “makerspaces” where people can access the tools and equipment, as well as the training to use them. But “training” doesn’t feel like the right word to describe what happens in a makerspace. It feels too mechanistic, too instrumentalized. So much of the focus of a makerspace is about play and creativity and exploration.

The Maker Movement encourages learning by making, through projects and inquiry and hands-on experimentation — not learning by clicking or learning by worksheet.

Although massive open online courses (MOOCs) have been making headlines for the last year or so, thanks to a number of prominent and well-funded Silicon Valley startups entering the online education market, the original MOOCs predate this hype by several years. Moreover, these early MOOCs focus much more on the  learner and her or his knowledge-building in a creative and socially-oriented context.

The first MOOC was “Connectivism and Connective Knowledge,” a course taught by Athabasca University professor George Siemens and the National Research Council’s Stephen Downes. As the name of that course suggests, MOOCs emerged from “connectivism,” a learning theory that highlights the social (and technological) context in which knowledge is developed. Rather than traditional courses, with assigned readings, grades, and tests, the original MOOCs encouraged learners to participate on their own terms, using the tools they preferred (the emphasis on was blogging, but the blogging platform wasn’t mandated).

MOOCs, in this way, are open-ended and learner-focused, and quite unlike the MOOCs facilitated by startups in recent years that focus much more on “content delivery” than on exploration. But the tools that fueled these early MOOCs still exist — blogs, RSS, and curation tools (see below) — and can be used to bring together like-minded individuals for their own learning g projects, via sites like Peer to Peer University or via the open Web itself. Indeed, while MOOCs have made headlines because of the size of their enrollments (some of the largest topping 150,000 students), “massive” initially meant the sort of openness and expansiveness that learning on the Web enables.

Much of the interest in MOOCs thus far has focused on university-level course materials. But there have been a number of efforts to extend MOOCs to the K-12 level, including initiatives to teach AP classes this way. There have been other experiments with open online learning at the K-12 level as as well, particularly in Canada.

Digital badges serve as indicators of accomplishment, skill, or interest. Often positioned as a supplement, if not a replacement, to traditional grades, some proponents of badges argue that they could eventually  offer an alternative to certification and degrees. The hope here is that skills that have not been recognized by or obtained through formal educational institutions could still be showcased, offering some indication of “credit” for self-directed learning.

One of the leaders in this area is the Mozilla Foundation. Its Open Badges project offers an open source infrastructure for digital badging, making it easy for anyone to issue, earn, and display badges across the Web. Ideally, these badges contain data that highlights the giver and recipient of the badge, as well as links to demonstrable evidence of what was required for it.

Further Resources:
Badges for Lifelong Learning: Reframing the Debate
7 Things You Should Know about Badges 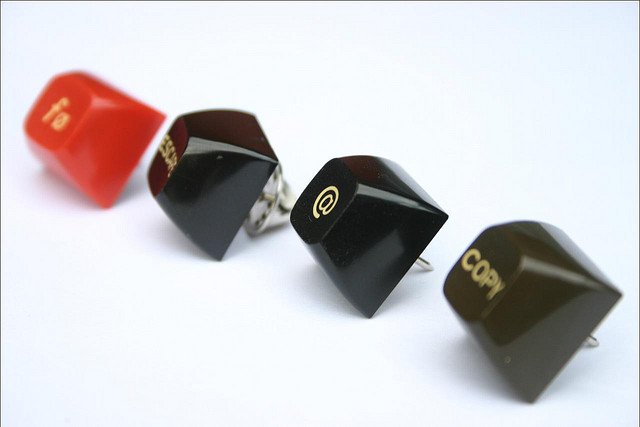 Curation is hardly a new trend, as the term describes (in part at least) one of the earliest markers of “Web 2.0”: bookmarking. Indeed, the social bookmarking tool Delicious was founded in 2003, and in the intervening decade, many other tools have come and gone (Delicious itself was acquired by Yahoo in 2005 and then sold to another company in 2011.)

Some bookmarking tools focus on the “social” — that is, sharing and discussing web-based content; others focus more on the collection and categorization aspects. New sites like Pinterest highlight more visual bookmarks (“pins” in this case) than textual ones, and tools like Storify allow users to assemble content from a variety of social media sites such as Twitter and Flickr, as well as video and text-based content. There are also a number of education-specific curation tools, including Educlipper and Learnist.

The continued popularity of “curation” underscores the importance of knowing how to navigate the abundance of information online — articles, websites, videos, and so on — and collect these into a meaningful format, for oneself and for others.

Further Resources:
Why Curation Will Transform Education and Learning

A DOMAIN OF ONE’S OWN

Beginning in the fall of 2013, the University of Mary Washington started giving every faculty and student their own Web space —not at the university URL but at the individual’s own domain. There, they  have the freedom to create subdomains, install any LAMP-compatible software (most commonly, WordPress), setup databases and email addresses, “and carve out their own space on the web that they own and control.” Many faculty at the university use and assign blogs in their own classes, and as they own their own domains, students have better control over these assignments. That is, their work does not disappear at the end of the semester and helps form a student’s online portfolio.

The Domain of One’s Own initiative, which is expanding to other schools, gives students insight into the technical underpinnings of the Web, and as such, it helps them understand how to manage their digital identity. 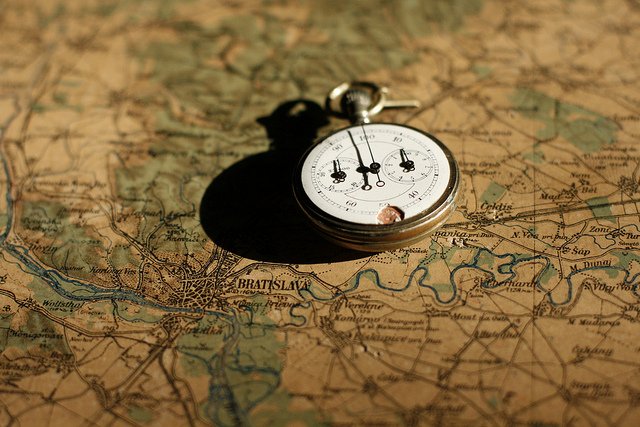 Almost every time we search or click or buy or like or link online, there’s data collected about our transactions. As such companies know a lot about us. But how can we collect and leverage this sort of data to know more about ourselves? That question drives the “quantified self” movement, which involves collecting and tracking one’s own data through hardware (for example, with sensors like Fitbit), software (such as time-tracking tools like RescueTime), and/or handwritten journals and log entries.

The quantified self movement is very much about learning about the self, although much of its emphasis (and adoption) has been focused on health or productivity and less on what we traditionally associate with “education.” This process of self-discovery is typically in the service of something actionable – losing weight, training for a marathon, cutting carbs, tracking and hopefully avoiding migraine headaches, and so on.

The question of how this relates to learning is actually wide open, dictated by what someone wants to know, to track, and to learn. (What you read. How long you spend reading. What you write. How long you spend writing. Who you follow via social networks, and how your personal learning network changes and grows.)

While big data and learning analytics are trends attracting the attention of more and more schools, the quantified self movement centers the collection and analysis of data on what matters to the individual, not to the institution.

Of course, there isn’t anything inherently “self-directed” about these technologies. They can certainly be used to dampen rather than foster that very thing. It’s possible too that these tech trends will appear frequently in institution-focused scenarios.

The last item on this list, “the quantified self” is readily associated with the push for “data-driven education” (for better or worse), for example. And it seems just as likely that the drive for more personal quantification could be Taylorist — about regimentation and control rather than about open-ended self-discovery.