Despite all the promises that new technologies will unlock a new era of teaching and learning, these tools are often used to replicate older practices in education. Here EML regular contributer Lee Skallerup Bessette asks if apps are becoming the new worksheet, with the same sorts of frustrating and repetitive exercises now on a computer instead of a piece of paper. 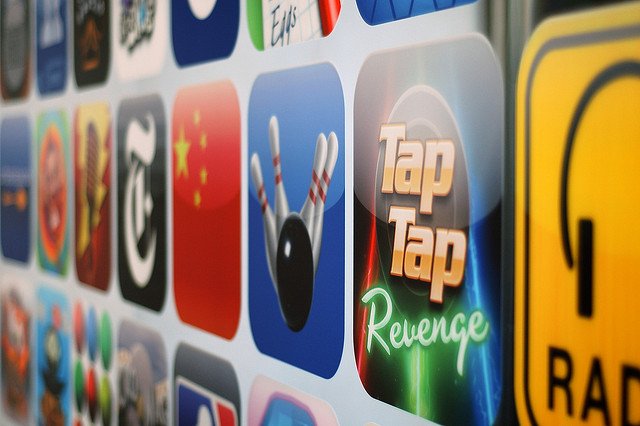 My seven-year-old daughter loves school. She will line up her stuffed animals in rows and “teach” them for hours on end. When she got a special new doll for her birthday named Isabelle, my daughter took it upon herself to catch her new addition up on all that she had missed by not being in our possession until this past birthday. One particular evening when she should have been sleeping, I was brought into my daughter’s room by the sounds of her uncontrollable sobs. “Mom,” she blurted out between the tears, “I can’t teach Isabelle anymore because I don’t have enough worksheets for her. How can I teach her anything without worksheets?”

My daughter may one day grow up to be a teacher. And it breaks my educator heart to think that all she understands of teaching and learning effectiveness is “the worksheet.” This past year, she had a first-year teacher who told the class she had made sure she had lots and lots and lots of worksheets for the students so that they’d never get bored or lack for things to do. Without clear instructions on a sheet of paper, complete with blanks and prompts and set answers, both my daughter and her teacher were at a loss of how teaching and learning could happen.

Much of ed-tech today seeks to recreate the same old school activities: the worksheet, the lecture, the multiple-choice test

This same daughter has always had a special affinity for learning apps, first on my iPhone and then on the family iPad. She has been playing match games and counting games and letter/phonic games since before she was 18-months old. But as she played, I found increasingly that the apps closely resembled the worksheets she did at school, just with better sounds and graphics. Clear instructions, complete with blanks and prompts and set answers. She is a clever girl, always in search of praise either from a game or a teacher, so she quickly figured out how the apps worked and proceeded to whiz through them with ease. I know she’s learning things, both with the apps and with the worksheets, but at what cost?

Her brother, who is two years younger than his sister and only about to start school in the fall, has never, ever shown any interest in learning apps. He prefers open-ended games that allow him to play and experiment. It started with Angry Birds where he would spend hours experimenting with various birds and trajectories before figuring out the best way to defeat all the evil piggies. He loves worlds where he can build, power-up, collect, and explore. These same games intimidate and frustrate my daughter because there isn’t one right answer or a clear set of steps to follow. My son bristles against any activity that limits his choices to one right way to do things.

Gendered expectations aside, it’s troubling to me that much of education technology today seeks to recreate the same activities that we have had for generations: the worksheet, the lecture, the multiple-choice test. And I see myself what is lost as my daughter fears getting the wrong answer and struggles to direct her own learning in any sort of meaningful way while my son remains unafraid. My daughter, unsurprisingly, does quite well at school. It is yet to be seen what my son’s experience will be like, but he is already worried about what it will be like based on his sister’s descriptions. Technology or not, recreating a system that has already proven ineffective is a disservice to kids. 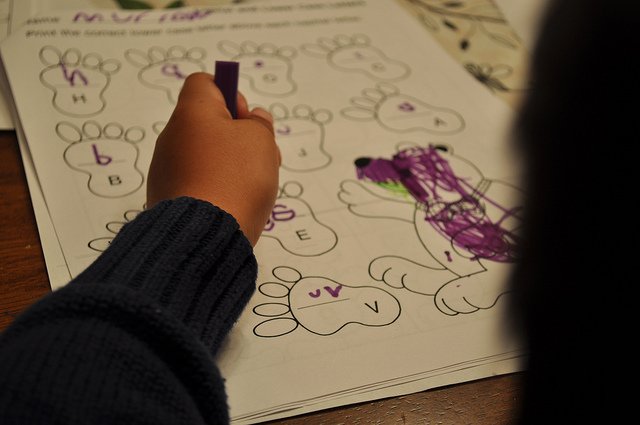 I’m old enough to remember a time when we used to, at least once during our schooling, have the chance to make our own paper and pencils, physically print our own newspapers, and even develop our own photographs. It didn’t happen often — especially making your own paper — but we were able to participate in the process of making the materials that we used and consumed in our educations on a daily basis. We had the opportunity for a greater understanding through our hands-on experience.

Do students have the opportunity for deep and meaningful learning with tech? Or do we assume that the tech usage itself is meaningful because of its newness?

As making appears to become easier with tools, apps, websites, and programs, are we losing an opportunity to give students a hands-on experience and deeper insight into the process that goes into making and creating the materials that they use and consume in their educations? For instance, I also learned HTML as an undergraduate in a desktop publishing class because the professor felt that the programs were getting easy enough to use. Even when simple web publishing software became available, I was often the only one in an office who could go through the code and correct any errors. This past year, the institution where I worked stopped teaching HTML and CSS because there wasn’t any point anymore; the software had gotten so good that it was no longer deemed necessary.

We have students “make” PowerPoint presentation, websites, videos, gifs, and other digital baubles, but are we really teaching them to make, or are we just teaching them to drag and drop or to effectively follow a set of rigid instructions in order to achieve a static goal?

Certainly, when I was in school, I didn’t make paper for every written assignment, or developed every picture by hand, but my classmates and I were exposed to the process and understood that if we wanted to, we could make our own materials according to our own specifications. How many students understand how their computers or smartphones work, how the web operates, or how coding languages and markup languages function and shape their learning (and social) activities?

We need to be free to experiment and manipulate the electronic and digital materials of our education in the same way we used to experiment and play with the more traditional ones. There are affordable ways for students to experience and experiment with electronics such as Raspberry Pi and Arduino. There are programs, like Scratch, that introduce students to the basics of programming. (Hopscotch is a great app for the same thing). As students get more advanced, they can use resources like GitHub so that they can take work that has already been done and manipulate and change it for their own purposes.  We can encourage students to use Markdown language to create simple text documents so they can more accurately and closely control what their work looks like and why it looks the way it does, as well as more easily transfer it across platforms. And we can teach them the basics of HTML and CSS in order for them to manipulate their own webpages.

If you don’t know yourself how to do any of this, learn alongside your students. Show them how to be lifelong learners by modeling that practice for them. Engage in the larger communities of practice that exist outside the classroom walls, and help make your classroom into a microcosm of those communities. Be process-driven, rather than strictly results-driven, so that students can feel comfortable experimenting.

Just like I never made paper again, many of your students may never make a website or an app from scratch again. But at least they’ll have a much greater understanding of the process, rather than blindly consuming and using them. They’ll be open to more than just one right answer, one right way to do things, one straight line to knowledge.

How do we break from this: our (that is, teachers and students and parents and principals alike) treating new ed-tech like a shinier, electronic versions of lectures and worksheets? Is this a matter of traditional school practices? Educational philosophy? Is it a matter of homework? Testing?

How do we cultivate a culture of school that fosters innovation and inquiry, not simply repetition and drudgery? We have the technology to do the former, but often it seems not the will or the imagination.

1 thought on “Are Apps Becoming the New Worksheet?”