A MOOC Experiment? Each week, Educating Modern Learners will pick one interesting current event – whether it’s news about education, technology, politics, business, science, or culture – and help put it in context for school leaders, explaining why the news matters and how it might affect teaching and learning (in the short or in the long run). We’re not always going to pick the biggest headline of the week to discuss; the application to education might not be immediately apparent. But hopefully we can provide a unique lens through which to look at news stories and to consider how our world is changing (and how schools need to change as well). This week (the week of July 7), Audrey Watters looks at a mysteriously canceled Coursera MOOC and signs that the course’s professor was trying to conduct a psychological experiment on his students. 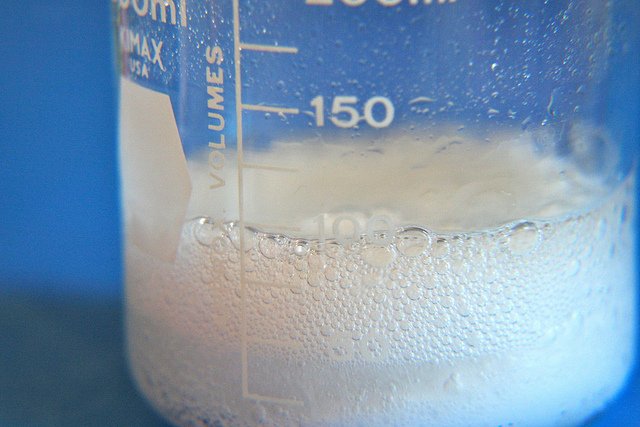 Last week, news of Facebook’s psychological experiments on users generated a fair amount of outrage (and plenty of headlines). And no doubt it set the stage for speculations this week that a professor teaching on the Coursera MOOC platform might be engaged in an experiment on his students.

Paul-Olivier Dehaye, a math lecturer from the University of Zurich, had offered a three-week MOOC “Teaching Goes Massive: New Skills Required” (#massiveteaching) through Coursera. (Here is the EML introduction to MOOCs, or “massive open online courses.”)

Although the first week of the course seemed to go off without a hitch (although with some concern about the quality of the materials as the videos were mostly short RSA Animations), students found that when Week 2 rolled around, all the course content was gone: “No forums, no videos, no external resources, no people. What the heck? A technical glitch? No word from coursera or the instructor, neither by email, nor in the forums. Well, coursera staff have said that they are looking into it, but nothing other than the boilerplate we’re doing what we can’ response,” one student enrolled in the course wrote on his blog.

This isn’t the first time that a MOOC has gone awry. Last year, there were several high profile MOOCs cancelled mid-stream and one where the professor left abruptly mid-course. But in those cases, students were quickly informed; in this case: students were left with, what people on Twitter quickly dubbed, a “MOOC mystery.”

That mystery stemmed in part from a number of cryptic tweets from the instructor, as well as posts on Metafilter, comments on blogs, and a deleted Etherpad document, that led to speculation about what Dehaye was intending to do. (Confuse students? Embarrass Coursera? Start a conversation about data-mining in MOOCs?)

On the Etherpad doc, Dehaye wrote:

MOOCs can be used to enhance privacy, or really destroy it. I am in a real bind. I want to fight scientifically for the idea, yet teach, and I have signed contracts, which no one asks me about. If you ask me something, I can tell you where to look for the information. My plan becomes to flip the tables. I want to “break out” and forge an identity outside of the course, on Twitter, because I realize this is the only way for me to fight for this identity, engage with my students, and those big shots all simultaneously (journalists, educational analytics people, etc). … Meanwhile I want everyone to organize their own learning, which I know is happening by looking a bit around. Some people don’t like my course, which is fine. It’s your choice, that’s part of the point. Still, I get lots of emails from coursera asking what is going on. A lot of pressure from them now. They are confused just like you were, and I intended to confuse them even more because they were not ready to challenge their own pedagogical practices fast enough, judging from past experience.

Unraveling the Mystery: “Who done it?“

Although there was a fair amount of sleuthing happening via social media, both The Chronicle of Higher Education and Inside Higher Ed sent reporters to investigate the story. The Inside Higher Ed story describes what happened to the MOOC as a “mystery”; The Chronicle story first calls it a “mystery” and then in a follow-up story an “experiment” to “raise student engagement.” In both cases, the official responses to reporters — from Coursera and from the University of Zurich — shift the blame to the instructor. It was the instructor, officials contend — and neither the university nor Coursera — that deleted the course content. And as The Chronicle notes, “Coursera’s terms of service are public. Those terms absolve both the company and the universities from liability for inaccuracies, outages, interruptions, or security problems arising from the MOOCs. They also stipulate that “defects” in the courses may not necessarily be corrected.”

George Siemens, one of the originators of the MOOC concept, has suggested that the instructor is to be congratulated for helping start a conversation about issues not only student data-mining but of faculty governance here. “What is the governance model at Coursera?” he writes. “Is there anything like a due process to resolve conflicts?” But as the comments on Siemens’ post indicate, some are reluctant to congratulate anyone here, and there are still many questions about what happened and why. (Dehaye has not commented to the media.)

Education researcher Michael Gallagher offers one important take-away here:  “Your task as an instructor is to usher them through this process. Not to manipulate them through falsehoods and deception. Trust. Trust. Trust. Without this, we are nowhere pedagogically. Trust was abused in this case, badly.”

Indeed, trust seems key when exploring new pedagogical approaches. And trust also seems key when exploring new technologies. Can we trust companies like Facebook and Coursera with student data? Can we trust these platforms to create safe places for learning? Who do we ask students to trust in their on- and offline educational experiences? All important questions as learning is, after all, a vulnerable process.