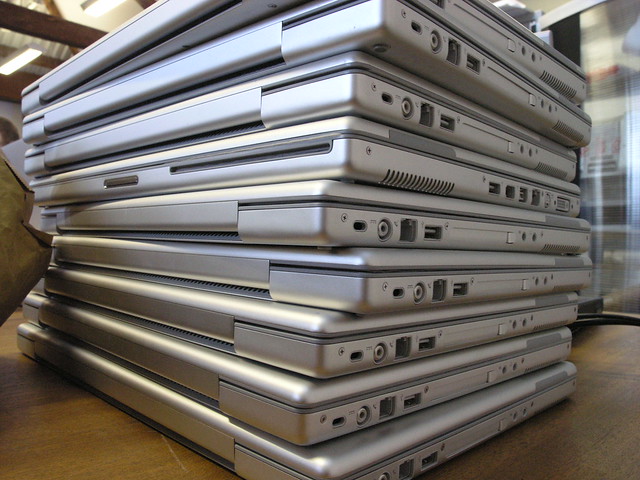 NYU professor and widely-read author Clay Shirky’s recent post about the need to ask his students to put their laptops away during his lectures signals an interesting shift in the conversations around young people’s technology use.

It was very much in line with the recent New York Times article that carried the ‘surprising’ news that Steve Jobs was a low-tech parent; goodness, wouldn’t you know it? As a parent it seems Steve set boundaries for his children’s technology use…what a shock! Obviously it was assumed he would allow his kids to run riot with whatever technology they desired (as long as it wasn’t Windows.) Instead, we now know he had a much more balanced view of its value. No real surprise, is there?

One thing I do know: It’s a heck of a lot easier, and frankly more productive, to have a discussion about too much technology than not enough. Above the shrill and partisan debate between the technology champions and the doubters of the past, could these be the first signs that we are finally moving to a time of more rational and reasoned debate about a learning medium that is now truly pervasive?

People don’t seem to be lining up on the same sides anymore. The conversation is more reasoned…less shrill. And for possibly the first time, the discussion is no longer about whether we should or should not have access to technology, but rather how can we best manage the access that we can now assume everyone has.

Yes, it does strike me as somewhat poignant that it should be Shirky leading a ‘no technology’ debate, someone who has been one of the loudest proponents of technology in the past. But at the same time, he is someone whose comments will certainly provoke deeper conversations around a topic that to date has been treated trivially.

Isn’t that just the point of both articles? Surely this is a sign that as ubiquity is taking hold. We are finally starting to focus our attention on exactly what technology makes possible for young people. The debate about whether students would or should have ubiquitous access is over.

So what? That’s exactly Shirky’s point. If educators and parents alike thought the nirvana of ubiquitous access meant ‘anything goes’, then here comes Digital Summerhill …or worse. While we all might be riding the self-directed horse in our quest for a modern learning environment, it would be remiss, dare I suggest negligent, to believe ‘digital freedom’ doesn’t come with significant additional responsibilities for leadership.

For some, such responsibilities simply induce fear, which in the past has given rise to a plethora of safety, security and trust debates. But while we do need to note these issues and address them…logically, they are certainly not the only topics that should be occupying the minds of educational leaders.

Surely this is a sign that as ubiquity is taking hold.

If we have reached a level of debate which signals the maturity I have discussed, then parents, teachers, and professors need to develop a much deeper understanding about how and when technology can be of most value for students.

For Shirky, and some of his peers, there is still a place for the traditional lecture format. For others, the learning paradigm is being flipped (sic) from hierarchies to networks. Indeed much of the pre-MOOC work of George Siemens and Stephen Downes was built on what was radical rethinking around what they saw the technology made possible for learners, predominantly in higher education. Such curiosity and bold thinking has too often sadly been missing from much of the conversations around technology use in K-12. Is it possible we might now see that shift also?

As the quality of debate increases, educational leaders can now openly debate the ‘time and place’ issues around technology raised by Shirky and Jobs without the word ‘luddite’ being mentioned. They can provide much needed thought leadership for parents around home use, and offer some balance to the hysteria young children’s technology use can provoke in the tabloid media; and they can raise the quality of the debate around exactly what access to technology does offer young people, with fewer partisan or ideological detractors.

This implies leadership that is both curious and well informed about these emerging possibilities, and one that enables the sorts of conversations for parents and teachers that will allow them to better understand the choices they make around technology use for their young people.