Twitter could replace traditional professional development, some have argued. Instead of sitting in day-long workshops, Twitter lets educators reach out in real-time to their peers. It allows them to grow their professional networks, to become “connected educators.” But over the past few months, there’s been growing concern about Twitter. Some say it’s becoming nastier and less conducive to openness and sharing. EML editor Audrey Watters looks at some of these concerns and asks if Twitter is really the right place (or the only place) for educators to connect and learn with one another. 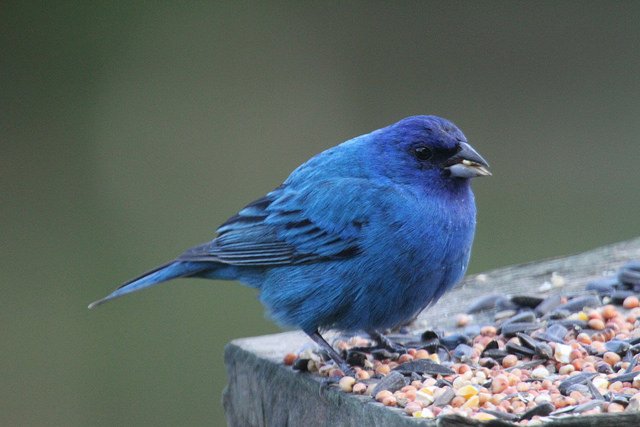 In recent years Twitter has become a very popular tool for educators, with some calling the social media platform “The Best Professional Development Tool for Teachers” and some claiming that educators “dominate” Twitter. (The math doesn’t really work out on the last claim. By Twitter’s own calculations, less than 1% of tweets are education-related.)

Regardless of what percentage of Twitter is comprised by educators, on any given night of the week, there are usually several regularly-scheduled “Twitter chats,” where educators engage in hosted and topical conversations. These can be followed by monitoring the associated hashtag (that is, a word or phrase preceded by the pound sign #), and appending a hashtag to a tweet is always a good way for it to be seen outside of one’s followers.

Twitter can be overwhelming, particularly for new users — some 350,000 tweets are sent every minute — and arguably hashtags do make it easier to follow a particular conversation. But Twitter chats can still be noisy and difficult to follow. Tweets rush by in real-time (that’s a core feature of the Twitter service) even if you’re using a client like Tweetdeck or Hootsuite that lets you devote a column to a certain hashtag (as opposed to viewing your entire Twitter stream).

Nevertheless, many have argued that Twitter has become one of the most important tools for them to be “connected educators.” Twitter allows educators to share their ideas and practices with one another, and to build professional networks that are supportive and generative.

There have been growing concerns over recent months that “Twitter has changed.” The Atlantic published a “Eulogy for Twitter” back in April. And even Bonnie Stewart, whose dissertation is exploring the academic use of social media, recently wrote that “something is rotten in the state of Twitter.”

Some of what’s “rotten” stems from changes (both proposed and enacted) to the Twitter platform itself. Twitter is increasingly focused on monetization efforts, for example, and there have been rumors too that the company might explore delivering the Twitter stream algorithmically rather than in the unaltered “firehose” as it does currently.

That’s been a key element of Twitter that distinguishes it from Facebook, which organizes the News Feed algorithmically — organizing and displaying (or not displaying) certain posts, arguably those that encourage the most “engagement.” While Twitter has become an important journalistic tool, in part because of the real-time nature of updates, Facebook has been less useful in this way — the News Feed doesn’t present updates in the same chronological order, for starters. Several media observers found striking differences in their Twitter and Facebook feeds when it came to current events, including the protests in Ferguson, Missouri and the war in Gaza. What were incredibly popular and active topics for discussion on Twitter were almost entirely missing on Facebook. 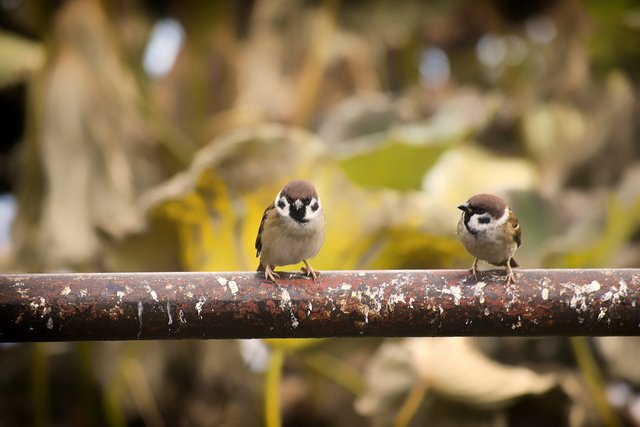 The concern that new technologies, despite the rhetoric around open access to information, are going to diminish our ability to see wide-ranging and different opinions is something that Eli Pariser explores in his book The Filter Bubble. Technology promises “personalization” — whether Netflix movie recommendations, search results based on your Google browsing history, or the updates you see on social media. But that by filtering out some things, we might find ourselves intellectually isolated.

Are you seeing a multiplicity of voices on Twitter? Or have you cultivated a bubble?

And arguably some of that already happens on a site like Twitter where you choose who to follow. (Twitter is experimenting with injecting tweets into people’s streams from people they do not follow. The experiment has not been received well.) It’s worth asking yourself, particularly if you see Twitter as a tool for your own learning and professional development, how diverse the ideas are that come across your Twitter feed. Are you seeing a multiplicity of voices? Or have you cultivated a bubble? (Diversity matters in a number of ways. According to a recent survey of Internet users, white Americans’ social networks are 91% white.)

Add to this, a number of highly publicized episodes, particularly over the last few months, where tweets have landed educators in hot water. Steven Salaita, for example, had his tenure-track position at the University of Illinois Urbana Champaign rescinded after the university disproved of his tweets in support of Palestinians.

As Bonnie Stewart argues, “The threat of being summarily acted upon by the academy as a consequence of tweets – always present, frankly, particularly for untenured and more vulnerable members of the academic community – now hangs visibly over all heads…even while the medium is still scorned as scholarship by many.” While there are efforts to encourage educators and students to participate in the public sphere, via tools like Twitter, it’s clear that there are also risks in doing so, particularly if what’s being said fails to conform to certain “community standards” or certain notions of “civility.” 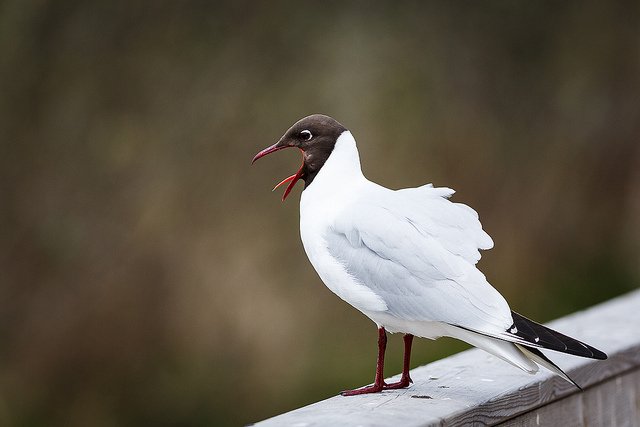 But the problems with Twitter as identified by Stewart and others isn’t simply that Twitter’s business decisions have skewed it towards pleasing advertisers over users or that the platform’s publicness has enabled more surveillance by various supervisory bodies.

There’s a sense that, in the growth of the platform, something has been lost: the intimacy of connection and community. In short, it’s become a not-very-nice place.

“I have found that my greatest frustrations with Twitter come not from people who are being nasty — though there are far too many of them — but from people who just misunderstand. They reply questioningly or challengingly to a tweet without reading any of the preceding or succeeding tweets that would give it context, or without reading the post that it links to. They take jokes seriously — Oh Lord do they take jokes seriously. And far too often they don’t take the time to formulate their responses with care and so write tweets that I can’t make sense of at all. And I don’t want to have to deal with all this. I just want to sit here on the porch and have a nice chat with my friends and neighbors.

But wait. I’m not on the porch anymore. I’m in the middle of Broadway.”

A “feeling like I’m sitting at a sidewalk cafe, speaking in a conversational voice, but having that voice projected so loudly that strangers many streets away are invited to comment on my most inconsequential statements—especially if something I say gets retweeted beyond my usual circles. In the past, a smaller version of that publicness has brought me wonderful friends and a job I love, but now the stranger-replies provide a steady stream of joykills, demands for attention, and indignantly misguided attacks mixed in with the funny comments and helpful links. And there are the actual trolls, of course, both lulzy and sincerely malicious, and they’re tiring, and my bounce-back is in shorter supply these days.”

So… Twitter for Professional Development. Is This What We Want?

Can we really insist or even recommend Twitter for PD?

It’s frustrating, of course, to see pronouncements of “the death of Twitter” just as the platform is gaining more adoption among educators. That just as educators are able to use Twitter to share their practices publicly, we’re reminded that sharing publicly is dangerous. That just as we turn to Twitter for unfiltered, real-time news and information, the algorithm changes. That just as we can find and amplify marginalized voices, they’re silenced. That just as we learn to embrace the cacophony of voices that Twitter enables, we find that the rage and sadness and anger in so many of those voices are more than we can bear.

The response doesn’t have to be “Don’t use Twitter.” And I’m not arguing “Don’t use Twitter for professional development.” But it is a reminder that there is a fragility to our ability to connect and share online. Some of that fragility comes when we opt to rely on for-profit companies to run the infrastructure. We do not own the conversations on Twitter. We have limited control over our data and the content we create and share there.

Fans of Twitter (and full disclosure, I am an avid Twitter user) have long argued that the 140 character updates was a feature, not a bug — that short and quick status updates were a good thing, that Twitter was flexible to make it what you wanted and to engage with it how you wanted. But I’m not sure any longer that that’s really the case. And I’m not sure it really ever has been.

Despite all the pushes to “bring Twitter to the classroom” and calls to have Twitter “replace traditional professional development,” I’m less and less convinced that’s a good idea — or at least, I’m more and more convinced that we should not rely solely on Twitter as the site for online PD or for online educator community. Both can and do exist online — PD and community — but I’d wager the best place to find both remain on educators’ blogs. I wonder if, in fact, “the future of professional development” might be a “return to blogging.”

5 thoughts on “Is Twitter the Best Option for Online Professional Development?”