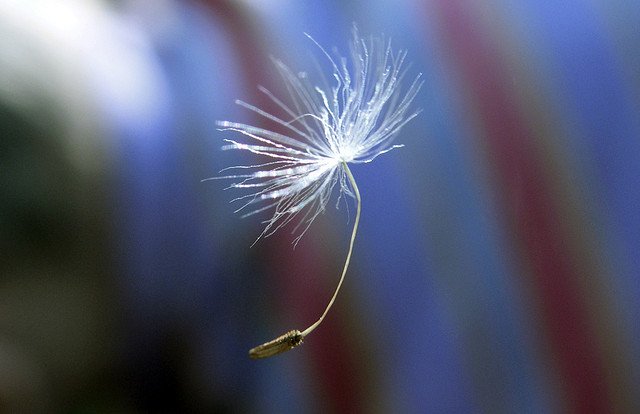 I am a college professor, but I was raised in a family of teachers. My father taught English for many years at my DC Public High School. My mother is a nursery school teacher. My wife has taught English for speakers of other languages and social studies to children of all ages. While my primary role at my college is indeed “teaching,” I am often struck at the differences between my job and those of my family members, in particular on those occasions when my primary responsibility is teaching a classroom full of 18-year-olds, while they might have a classroom full of 17-year-olds.  Why are these worlds so different?

Why, despite my interest in teaching youth the wonders of psychology, why did I not consider teaching high school?

I believe that one chief reason, for me as well as for many of my colleagues, is how higher education interprets academic freedom. While academic freedom is a pillar of education, I believe it is worthwhile to consider not just as a principle, but as an important determinant of job satisfaction and recruitment, which ultimately has a big impact on the student experience and student learning, even at the K-12 level.

First, what does academic freedom mean in higher education? The 1940 statement of Principles on Academic Freedom and Tenure adopted by the American Association of University Professors begins:

The purpose of this statement is to promote public understanding and support of academic freedom and tenure and agreement upon procedures to ensure them in colleges and universities. Institutions of higher education are conducted for the common good and not to further the interest of either the individual teacher or the institution as a whole. 1 The common good depends upon the free search for truth and its free exposition.

In K-12 settings, academic freedom seems to get subsumed by talk of tenure and job protections.

While academic freedom certainly overlaps with tenure protections in higher education, in K-12 settings, academic freedom seems to get subsumed with tenure and job protection. The National Education Association’s page on academic freedom is within its higher education section, and academic freedom is not listed in 33 issues that concern its members. The American Federation of Teachers on its page for PreK-12 public education lists safe and welcoming schools, well-prepared and supported school staff, engaging curriculum and wraparound services as priorities. Tenure in K-12 originated in 1909 with the goal of protecting teacher jobs from being used as political favors. But recently teacher tenure has in K-12 has come under fire, and indeed been limited and rolled back, as it has been framed as protecting ineffective teachers rather than discouraging political patronage. The recent Vergara decision found that tenure protections were discriminatory, in that they were more likely to protect jobs of ineffective teachers in poor schools, thereby undermining equal protection of the 14th amendment.

In short, just as we have a two-tiered teaching profession, with separate qualifications and institutional structures, we have a two-tiered application of academic freedom. Academic freedom is seen as worthy and necessary for professors: to carry out unpopular research, to challenge their students, to search for truth. But in K-12 settings, “academic freedom” is often seen as a shield for ineffective teachers. Indeed, lofty principles like creativity, challenge and the search for truth are too often cast aside as unnecessary at the K-12 level. Even when good teachers are celebrated, they are often heralded as simply more effective at causing more student growth (in standardized test scores). When learning becomes quantified as student achievement and teachers are evaluated by how much they improve these scores, academic freedom becomes an irrelevant tangent.

Creativity, challenge and the search for truth are too often cast aside as unnecessary at the K-12 level.

These different conceptions of academic freedom have consequences in my classroom and those of my colleagues in high schools.  My expansively defined academic freedom allows me the freedom to choose my textbooks, choose my pedagogical approach, even choose my learning outcomes (within the constraints of my departmental curriculum and college learning goals). Despite tenure protections in K-12, teachers find their textbooks chosen by the districts, (and even these choices are often determined by Texas) and their pedagogical choices often constrained by the format and frequency of standardized testing. While their goals should be shaped by the Common Core standards, too often these general goals (such as “reading, writing and speaking grounded in evidence from texts”) are overwhelmed by the goal of “perform well on the particular multiple choice test we administer in our state.”

This may seem like a paean to academic freedom of the higher education flavor, but the kind of freedom college professors enjoy is not without costs. This freedom results in a lack of standardization, and the lack of standardization inevitably leads to inefficiency. Why do we need 245 different general psychology textbooks? Why can’t we just choose the best one? While there is certainly real variety in approach and content, no doubt some of these textbooks are redundant and unnecessary. Do we need as many general psychology classes as there currently are? Probably not. As breathless advocates of MOOCs proclaim, why not have one “superprofessor” teach thousands of students instead of thousands of mere human professors teach classrooms of 30-100?

Academic freedom allows college professors to experiment (and to fail).

I have come to believe that even more than inefficiency, academic freedom allows college professors to truly fail. While academic freedom for scholars means the freedom to conduct an experiment or follow a research path that yields no useful knowledge, academic freedom in the classroom means the license to try not only a controversial topic, but a pedagogically risky one in which students may not actually learn all that much. All teaching need not be trial and error, but there must be room for error or else there is no room for risk. This risk is real for the students, but without it, there are no stakes for the teacher.

To many this risk seems an avoidable bug in academic freedom. If only we could encourage pedagogical experiments that always worked. Flip your classroom! Blend your learning! Flip your blending! More critical thinking! Rigor! Adaptive student learning management systems! But if they always worked they wouldn’t be experiments. This is the crux of the matter. Academic freedom is not only freedom to pursue controversial topics, but it defines my job as a creative craft, not a mechanistic task that I am only engaging in as computer scientists search for the right way to automate it.

This too is the way that the MOOC (and the “superprofessor”) undermines the teaching profession, and ultimately, academic freedom. Not that these professors aren’t talented, they certainly are. The proposal that there is an ideal platonic professor to teach general psychology to millions of students is not an ultimate celebration of that professor’s talent, but an intermediate step to automation of their platonic educational delivery.

What can education leaders in K-12 learn from academic freedom in higher education? First, that free search for truth and free expression are not only vital principles of the common good, but important recruitment tools. The more a teacher feels empowered to experiment and independently make pedagogical decisions, the more attractive teaching positions will be. Second, the freedom to experiment is a vital part of every creative profession. While training and support may be required for competence, freedom is necessary for long-term improvement and excellence. Third, academic freedom has important consequences in the classroom for both teachers and students. When a teacher is acting of their own free will, making their own decisions, students are more likely to engage with the teacher as a powerful and authentic guide to their education. When the teacher’s hand is clearly forced by external factors, it saps student engagement as well.

To those who believe that the education profession will be improved with a combination of more restrictive hiring practices, thorough and rigorous evaluation and monetary incentives, I would urge caution. When the AFT writes: “Good teachers are not born; rather, they are carefully and systematically cultivated through rigorous recruitment, preparation, induction and continuous professional development,” they may not be sending the message they intend. The students who seek out doctoral degrees and jobs in higher education are not looking for more thorough and rigorous evaluation, nor (unless they are sorely misinformed) monetary incentives. They are buying an increasingly expensive ticket in a lottery for an academic job made attractive through freedom, not “continuous professional development.” The title of this piece is a twist on B.F. Skinner’s title, but Skinner was right that freedom and dignity are linked (although he thought them overvalued and often illusory). Bright young students with the ambition to share their learning are far more likely to seek a profession with freedom and dignity than one in which they are “systematically cultivated.”

In these times of increased accountability and “data-driven learning” school leaders should recognize that freedom doesn’t just change how the job is done, but also frames how the profession is perceived.