Normalizing US-Cuba relations. Each week, Educating Modern Learners picks one interesting current event – whether it’s news about education, technology, politics, business, science, or culture – and helps put it in context for school leaders, explaining why the news matters and how it might affect teaching and learning (in the short or in the long run). This week (the week of December 15), Audrey Watters looks at the surprise announcement that the US would restore diplomatic relations with Cuba. 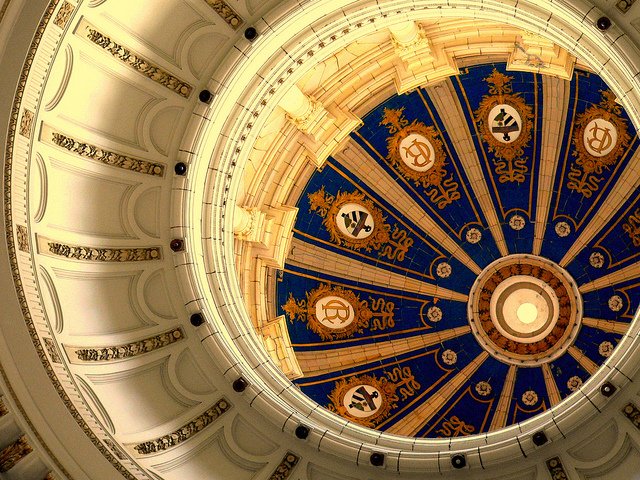 Some weeks are harder than others to choose one story to focus on for this column. This week, we saw former Florida Governor Jeb Bush announce he was going to “actively explore the possibility of running for President of the United States.” We watched the continued fallout from the massive cyberattack on Sony Pictures, with the company announcing on Wednesday that it would not release the movie The Interview, a comedy about the assassination of North Korean leader Kim Jong-on. But I’m going with the surprise announcement – also on Wednesday – that the United States will restore diplomatic relations with Cuba.

From The New York Times:

President Obama on Wednesday ordered the restoration of full diplomatic relations with Cuba and the opening of an embassy in Havana for the first time in more than a half-century as he vowed to “cut loose the shackles of the past” and sweep aside one of the last vestiges of the Cold War.

The surprise announcement came at the end of 18 months of secret talks that produced a prisoner swap negotiated with the help of Pope Francis and concluded by a telephone call between Mr. Obama and President Raúl Castro. The historic deal broke an enduring stalemate between two countries divided by just 90 miles of water but oceans of mistrust and hostility dating from the days of Theodore Roosevelt’s charge up San Juan Hill and the nuclear brinkmanship of the Cuban missile crisis.

(The last vestige of the Cold War is North Korea, I guess.)

Obama had already taken steps to ease some of the restrictions on educational travel to Cuba. In 2011 his administration released regulations “granted accredited American universities authority to sponsor structured, credit-bearing study abroad programs in Cuba on what’s called a ‘general license’ without having to apply for a ‘specific license’ from the U.S. Department of Treasury’s Office of Foreign Assets Control, the entity that enforces the decades-old trade embargo against Cuba.”

Wednesday’s announcement will make travel to Cuba even easier. According to a White House press release, people in the following categories will be able to travel under the “general license”: “(1) family visits; (2) official business of the U.S. government, foreign governments, and certain intergovernmental organizations; (3) journalistic activity; (4) professional research and professional meetings; (5) educational activities; (6) religious activities; (7) public performances, clinics, workshops, athletic and other competitions, and exhibitions; (8) support for the Cuban people; (9) humanitarian projects; (10) activities of private foundations or research or educational institutes; (11) exportation, importation, or transmission of information or information materials; and (12) certain export transactions that may be considered for authorization under existing regulations and guidelines.”

Obama also announced plans to restrict the use of credit and debit cards by US citizens who’ve traveled to Cuba. The trade embargo will not be lifted – that requires an act of Congress.

“Despite a host of challenges, institutions in both countries have expressed the need to expand exchange opportunities; not only for students, but also for faculty and researchers,” Allan Goodman, president of the Institute of International Education said in an email to The Chronicle of Higher Education. “The potential for collaboration is clear and the motivation is high. Opening up relations with Cuba will provide the higher-education community with the opportunity to develop and expand academic partnerships.”

Some Republicans, including Jeb Bush and Florida Senator Marco Rubio were quick to denounce the news, saying that it was a “win” for the Castro dictatorship. But Americans’ support for the embargo against Cuba has diminished in recent years, even among Cuban-Americans.

The restoration of diplomatic relations won’t just affect Cuba and the US. It’s likely to shift relations across the Western Hemisphere as well.