Several weeks ago I wrote a column about the change, specifically about the accelerating rate of change we are seeing in the world around us. It continues to both puzzle and bother me. What puzzles me is how so many people seem oblivious to it, and what bothers me is the insignificant role the education sector has so far played in leading a wider conversation around the impact this will have on our lives.

If the lead stories in last week’s EML around the Rise of the Robots and Mary Meeker’s recently released Internet Trends report weren’t a wakeup call, then something is truly wrong. The recent Techcrunch article about disintermediation by Tom Goodwin is further evidence, where he observes…

Maybe I shouldn’t be puzzled because for the many people who still rely on traditional media, the paucity of serious journalism now found there too often appears to leave them bereft of learning anything worthwhile about the changes in the world around them. Few might have predicted that our newspapers and television shows could have sunk to the level of triviality that now dominates, and if we include popular magazines and reality shows, at times all seems totally lost.

So for the most part, keeping well informed has largely been left to social media and the new digital forms that are taking the lead in helping people keep abreast of the shifts around us with emerging publications such as The Information and Quartz; all of this of course supplemented by increasing numbers of books that are providing depth and insight for those who know they need to know more.

We’ve talked for years about a digital divide and as predicted this is now manifesting into a deep information divide.  The shifts in the mediums through which we access information, and our ability to effectively use them is creating a small but well informed elite, while the vast majority of people seem too often comfortably distracted by trivia, and blissfully ignorant of the potential impact that change is having on their lives.

So what are we doing about it? Why is there not more public dialogue lead by educational leaders around these unprecedented shifts in our lives, and more importantly where is the thought leadership around how our schools can best adapt to the realities of the world that their students will be heading into in the 2020’s?  Do we really still think that the order of magnitude of the changes that we are now seeing can in any way be accommodated by incremental shifts in our existing school structures? 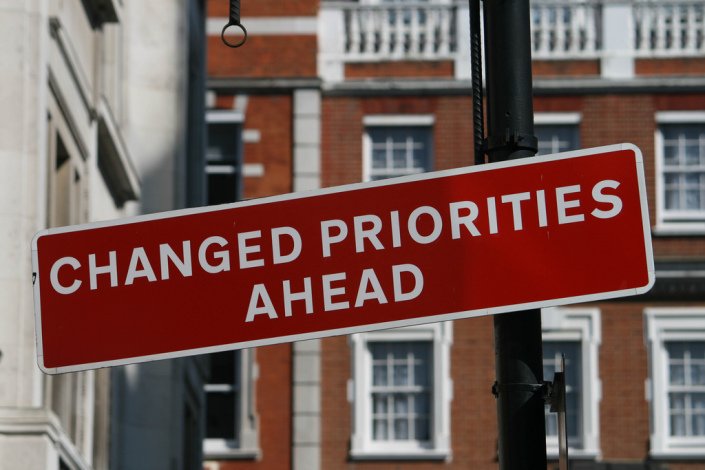 However while I am bothered and puzzled, I am also optimistic because I also sense that we are starting to see a shift in thinking.  Having just completed a series of workshops with school leaders across four countries over the past six months I sense a growing acknowledgment from them that more fundamental change is now urgently required. So the real challenge is what might that look like, and just how do we make it happen?

For one, I think to date we have been going down the wrong path. Too often we have talked about transformation as if it was a recipe that if followed gave us a ‘right’ answer. Whether it was through the ‘magic’ of introducing technology, or the 21st Century or Deeper Learning touchstones, to date we seem to have been refining rather than reimagining, tweaking rather than transforming.

Maybe it’s time for a very different approach which should start by looking outward, rather than inward. We need to seek input and insight from beyond our school walls, and have a much more open and broader conversation around the sorts of schools that might be best for our young modern learners. The dialogue to date has too often been framed very narrowly by an academic elite supported by high profile writers and ‘experts’ who too often fail to engage school leadership, let alone the broader community, policy makers and most importantly parents. There has been too much speaking to the converted and shouting into an echo chamber, when what we should be focusing on is a wider dialogue with a broad cross-section of the community who we can then bring along with us, rather try and impose ideas on them.

While such a strategy might be met by some with suspicion and negativism, I would contend that ultimately it gives us an opportunity to build a strong collective of stakeholders from across school communities who can become advocates for transformation, rather than poorly informed opponents.

My experience is that when you talk with most people about the skills and competencies they think our young people will need for their future, they are in fact often in line with much of the more radical thinking of where school transformation should be heading; but they nearly always ‘revert to norm’ when asked what that might look like as they have little or no experience of what other options might be more preferable. This is where we have to step up.

I think it’s time that school leaders took a more proactive, even provocative role in engaging staff, parents and the wider community in debate around the transformation our schools must undertake. This should include media and politicians, and must rise well above the legacy ramblings of the loud minority who want to cling to traditional practice like it’s a life raft.  However, despite that,  I truly believe that if we can also invest time to help them to be better informed about the rate of change in the world around them, then they too will, by and large, be supportive.

As we head into the ‘20’s , we’ve got to raise awareness of the challenge schools face to a level where the wider public have real awareness and ownership of the need for transformation of our schools, and we subsequently we have to broaden the scope for what that might look like.

If our vision for schools continues to be built on simply improving  traditional literacy and numeracy then frankly we are doomed. If that vision embraces the new literacies of a highly connected world, and mathematical thinking along the lines of what people such as  Conrad Wolfram is articulating then we are on the right track. But again, how can our parents and the wider community truly understand these possibilities if it is not coming from educational leadership?

I’ve said on many occasions that we must respect the fact that none of our parents were educated in technology-rich classes. None of our parents have any first hand experience of the potential and possibilities that ubiquitous access provides for their kids; and if we continue to fail to engage them in a meaningful dialogue about what they might be, then none of our parents can be advocates for the shift we now know is so necessary.

The dialogue around school reform has to date largely been a call for school improvement, while the concept of transformation seems have been lost in the search for identity, a brand, a recipe or a formula. We need to get it back on track. It’s about moving beyond better, and thinking different.

This is now a time for a new generation of school leaders who can take back the public dialogue from journalists and politicians and build a strong broad base of support for modern schooling. For schools that truly reflect the context of the world around them and create very different places of learning that grow with, not in spite of the support of the wider community.