“Courage is not the absence of fear, but rather the judgement that something else is more important than fear.” ~Ambrose Redmoon

The other day, a school leader I was talking to said that she “encourages” her teachers to use technology in the classroom. Now while I’ve heard that word tens of thousands of times in my life, for some reason I heard it differently at that moment. What jumped out this time when she said it was the root: “courage.” And I wondered almost immediately if that’s what she meant, that she gave her teachers “courage” to adopt new pedagogies and practices in the classroom.

Or does she just offer them support?

The “courage” piece interests me because over and over I hear people talking about the fear element when it comes to really embracing the potentials of the Web and other technologies in schools. And while courage is certainly not something that a school leader can easily inject into a teacher’s mindset, it is something absolutely required for school cultures to adapt to the modern world.

We’ve tried to highlight a number of examples of courage leadership in our work here at EML. Jim Calhoun and the Mosaic School, Chris Lehmann at Science Leadership Academy, and others. I often wonder what it is that makes one leader more courageous over another, whether it’s a disposition, a feeling of permission to be bold, a culture, or just a deep dissatisfaction with the status quo. Or all of that combined. Regardless, there’s no question that in schools where leadership operates with a real sense of courage when it comes to change, change happens more readily. 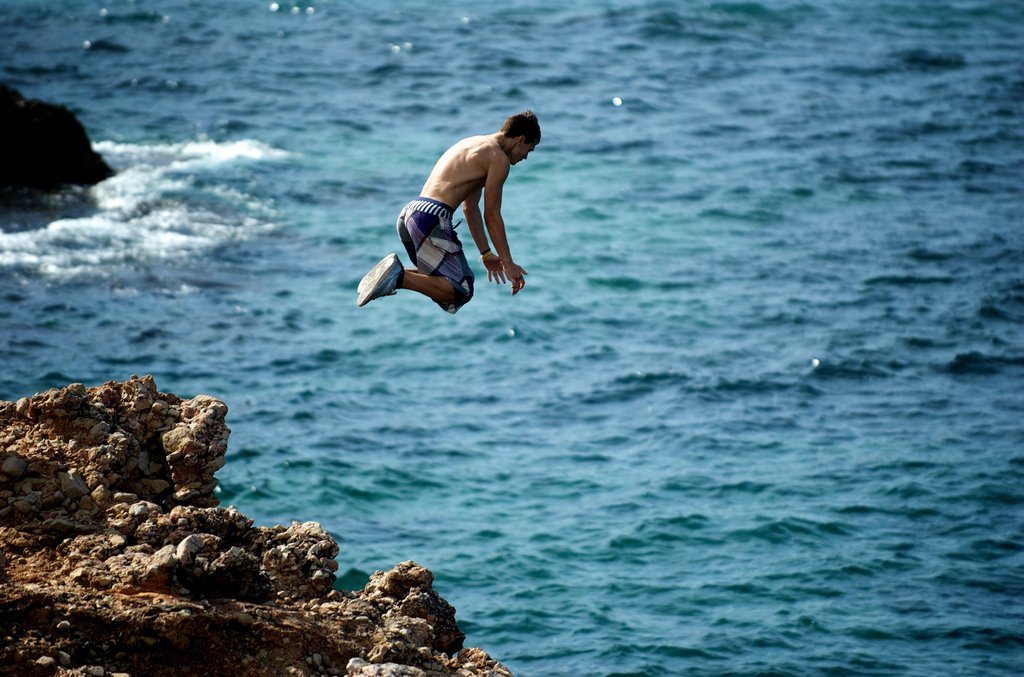 So, how do leaders “en courage” or literally “put in courage” in ways that help significant change come about?

First, they are courageous in their own actions. The most inspiring education leaders I’ve met over the years are ones who are not afraid to push back against the traditional narrative of schooling, especially in light of modern technologies. They are the ones who embrace and add to the ever compelling argument that learning in schools is growing increasingly out of step with learning outside of schools, and that we have to find ways to shift the structures, systems, and practices that prevent schools from evolving.

Second, they lead culture change. One of my favorite superintendents starts each school year by saying that she expects teachers to innovate, that their classrooms should be places of experimentation, that she expects them to fail, trusts them not to fail catastrophically, and will explain to anyone who doesn’t agree or understand why that type of innovation is required these days. That sends a message to her staff to have courage, and to “en courage” students as well.

Third, they clearly communicate. It’s easier to be bold if the vision for what that looks like is being articulated and modeled regularly. That’s another focus of our work here, to provide constant reminders of the importance of creating a new story of learning in schools that everyone contributes to and that everyone uses as their north star when it comes to personal and professional practice around learning. Too often in schools, people guess at the vision. That’s not a way to build courage in your staff.

It’s easier to be bold if the vision for what that looks like is being articulated and modeled regularly.

Finally, they educate. “En courage ment” applies to parents as well. Parents seem to fear these changes more than the educators, and they have little if any context for the way the world works in a learning sense right now. That type of education, education of the adults, if you will, takes more courage than the education of the kids. Yet, it’s crucial to building the courage of the system to change.

“Encouragement” is a good thing, and I’m not saying that we shouldn’t always encourage our teachers and students to try new things, innovate, and move beyond the traditional story of schools. But merely encouraging is not the same as “putting in courage.” That suggests a much bolder, and more complex undertaking. That suggests continually creating the conditions under which real, “transformative” change can actually take place.

So, how will you move from “encouraging” your staff and students to “en couraging” them?