How do feel about giving your students an unfair advantage? I’m intrigued by the idea because while on the one hand it undermines the moral imperative of an education for all, on the other it strikes at the very heart of what underpins so much of our lives, competition.

While most of us would hold the notion of universal education dear to our hearts, it is also just as certain that when it comes to determining who will get into a certain school or university, we hope our kids will do best. Of course what that means can be interpreted in many ways, but how many parents are not looking for every possible opportunity for their sons or daughters to be selected?

And so it is for so much of their lives, be it in sport or our working lives, we are often looking to give our kids that little bit extra to help them succeed. For some parents its sports coaching. For others it might tutoring, as is the case now in an increasing number of Asian countries such as Korea, China and Singapore. Indeed, in Korea it is so prominent that many students spend almost as much time in private tutoring as they do in school, and the financial burden of that for many parents has become a serious issue for the Korean government.

But how different is that from parents electing to send their kids to a private school or college or a selective public school? Aren’t they simply seeking to give their sons or daughters an advantage over the kids who might attend the local school, and what’s fair about that? Of course, whether or not that is a perception related to status or a reality is the topic of a debate way beyond this column. Nonetheless, it would seem reasonable to suggest that such a course of action is taken with the intention of gaining an unfair advantage for those students. 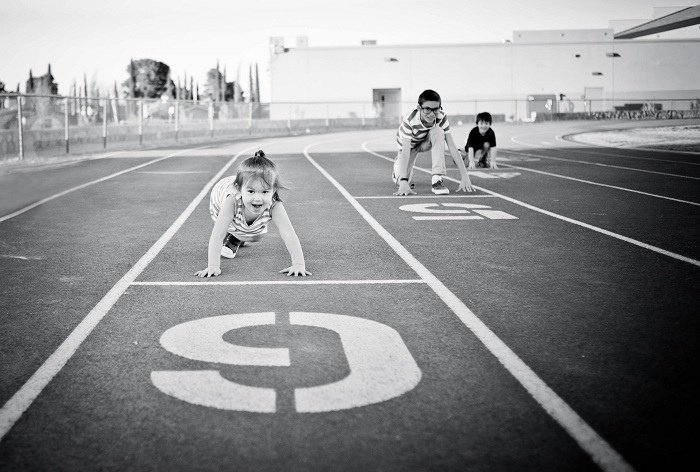 Now at this point ideology bites us, and depending on your beliefs, both political and personal, you might see the concept of an unfair advantage as a reality of life, or abhorrent inequity. For the most part of course these beliefs are based on your own circumstances, and whether you lean towards a free-market philosophy, most common in the US, or one that is more focused on a “level playing field,” as found in the socialist Nordic countries, particularly Finland and Norway. Ironically a significant component of Finland’s PISA ranking is attributed to the consistency of the quality of their schools across the country, and the lack of a ‘long tail’ of disadvantaged students.

While many might find such observations provocative, or alternatively suggest they oversimplify the debate, they nonetheless sit at the heart of where we are heading in the education of our young modern learners, and how we are seeking to educate them.

In times past, the main contributor to the quality of a child’s education was essentially determined every year by the quality of teaching they received. There were few other variables of any real significance, and if they were fortunate enough to encounter great teachers, their life chances were often significantly enhanced. Those students in reality had an unfair advantage that many of their peers were not simply fortunate enough to receive.

Today it’s different. In today’s schools, there are many other variables at play, and there is also so much more to the learning that is required of our young people. No-one, least of all John Hattie and other educational researchers, would suggest that the quality of teaching still does not have the most significant impact on a child’s formal education, but today, there is more. So much more, and it sits at the very core of what we call the modern learning environment, and it is rooted in pedagogy and modern practice.

Today, we have the opportunity to provide an advantage to all kids.

Today, we have the opportunity to provide an advantage to all kids. As we talk about so often in these pages, our young modern learner’s world immerses them with unprecedented learning opportunities which they can connect with in both formal and informal spaces. Their technology-rich lives simply do not have the learning boundaries we accepted in earlier times, and the freedom they have to learn in those outside of school spaces can now potentially be available to all inside of school….if we accept our role in making that possible.

Firstly we need to better understand what we mean when we talk about a “digital divide.” While cute and alliterative, it is at least as misleading as “digital natives,” and in the past has been responsible for way too many poorly conceived policy initiatives that were solely focused on student:computer ratios.
It’s not about having or not having access to technology that matters, but rather it’s about how a lack of access disadvantages learners. It’s a learning divide. But even that does not tell the whole story. Even more importantly, it’s really about the disadvantage to students who, while they may have ubiquitous digital access, are not fortunate enough to be in learning environments that truly leverage that.

These are the classrooms with kids with laptops sitting in rows of desks facing the teacher at front; these are kids whose internet access is white-listed, and these are kids whose learning is limited to preconceptions of appropriateness from traditional curriculum writers. This is the New Digital Divide that Rob Mancabelli spoke about recently at the BETT Leadership conference in London, and its resolution rests solely with leadership.

This is a divide that is about “unfair advantage,” and it has nothing to do with funding, compliance or ideology.

It’s about beliefs around how young people are learning today, about understanding the modern context, and about a commitment to provide that advantage to all kids in your school. The young people who have access to this modern learning environment are being educated in a context that truly reflects the world they live in, and rather than proscribe skills and content that may or may not have in any relevance to their lives, this is an environment that builds on their innate curiosity, that empowers them to drive their own learning, and in turn genuinely prepares them for the world they will be working in.

As we move forward, this will become the differentiator that schools will be identified by. There will be a shift in the choices parents, and students make as more become aware of the advantages that are afforded to their sons or daughters in a modern learning environment.

This is the advantage that Stephen Harris and his team are providing for his students at Northern Beaches Christian School in Australia which he talks about in our latest Master Class discussion with Will. It’s the advantage that Chris Lehmann has made possible for his students at Philadelphia Science Leadership Academy, and we are now seeing it in an increasing number of schools across many countries. It’s the sort of “unfair advantage” that I think all kids deserve.