Another week, another story of parents under investigation for letting their kids play outside without supervision. 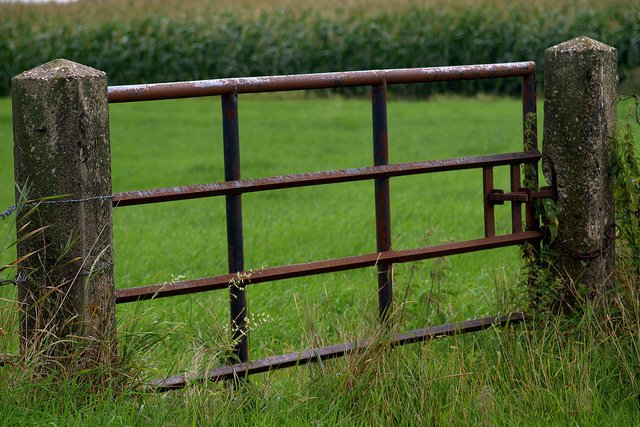 Ten year-old Rafi and six-year-old Dvora Meitiv had been allowed by their parents to walk around their Silver Springs, Maryland neighborhood. But recently, as they walked the two blocks to a nearby park, someone called the police and Child Protective Services.

They came and they interviewed kids at school without our permission or knowledge. And when they were talking to them, they were painting a picture of a world that is very scary,” said the children’s father, Sasha Meitiv.

Danielle and Sasha Meitiv now say their parenting style is under assault. Police and Child Protective Services have come to their home and questioned their children at their elementary school.

“They were asking my son Rafi what he would do if he was grabbed by a stranger. Telling them, you know there are creeps out there that are just waiting to grab children if they’re walking by themselves,” Sasha said.

That mom, Kim Brooks, wrote about her experiences last year in Salon, including a conversation with Lenore Skenazy, who founded the Free Range Kids movement following her own experiences allowing her nine-year-old son to ride the NYC subway alone. “There’s been this huge cultural shift,“ Skenazy argues. ”We now live in a society where most people believe a child can not be out of your sight for one second, where people think children need constant, total adult supervision. This shift is not rooted in fact. It’s not rooted in any true change. It’s imaginary. It’s rooted in irrational fear.”

For many of us, this move towards “constant, total adult supervision” runs counter to our memories of childhood. Even so, more and more of us are apparently prone to “over-parent” and “over-protect.”

It’s worth asking, of course, if we are hearing more about these sorts of cases because white and/or middle class families are being targeted by Child Protective Services – something that poor families and families of color have long experienced.

Nonetheless I’d agree with Skenazy: something does seem to be changing with how we view childhood and freedom.

I’d argue that this cultural shift is partially about fear, but it’s also tied to a growing surveillance culture. Thanks in part to the ubiquity of technology, we are constantly watched and we watch. And thanks to social media, we often feel compelled to share our corrections and condemnations in turn.

As Swarthmore professor Timothy Burke observes, “The problem with a lot of our ubiquitous surveillance is precisely not that it is overtly hateful and hating. Instead, what makes so much of it easy to pursue is that it presents itself as a kindness.” And that so-called “kindness” is probably partially what’s at play when someone calls the police because they see a child alone. The repercussions, of course, are so incredibly damaging to the families involved.

The Role of Schools

Do we let students roam – physically and intellectually – at school?

The incidents described above all deal with parenting decisions. But what role do schools play – not simply in monitoring students but in discouraging (or perhaps encouraging) students’ physical freedom?

One of school’s purposes arguably is to provide adult supervision (and yes, teaching) for children. Does that need to be re-thought now that some children might have fewer opportunities to be alone, to monitor themselves?

Do we let students roam – physically and intellectually – at school? Why or why not?

How does rhetoric about children “in danger” – online and offline – shape how we treat them at school? Does it mean that we further restrict their actions and their agency?