Funding for Online Training Companies. Each week, Educating Modern Learners picks one interesting current event – whether it’s news about education, technology, politics, business, science, or culture – and helps put it in context for school leaders, explaining why the news matters and how it might affect teaching and learning (in the short or in the long run). This week (the week of January 19), Audrey Watters looks at the latest investment into education technology company Lynda.com. 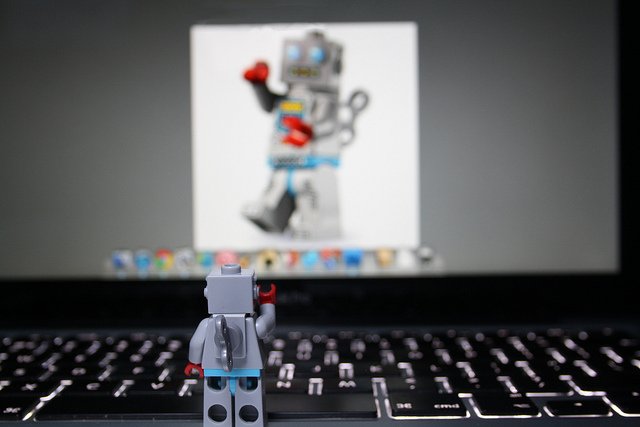 Funding for education technology companies hit a record high in 2014, with $1.87 billion invested in across some 350 deals. The number of deals was up 5% from the previous year, and the amount of those deals jumped a whopping 55%.

While many of these deals were “small” — a million dollars or so — there were some sizable investments. The biggest deal of the year: $135 million to Pluralsight, which offers online training for “serious software developers, IT administrators, and creative professionals.” And last week, one of Pluralsight’s major competitors, Lynda.com, trumped that number by almost half as much again, raising $186 million.

The tech website Quartz declared that this funding shows “the MOOC model attracting big money from investors,” but it’s hard to see the training programs offered by either Lynda.com or Pluralsight as “MOOCs” – certainly not in the original sense of the phrase “massive open online courses.” If nothing else, that word “open” in MOOCs has long meant “free”. Both Lynda.com and Pluralsight cost money; they offer their training courses via a subscription-based model. And these companies do not partner with universities like edX and Coursera do; they hire their own instructors.

So if all this investment is not about the “MOOC model,” it still does indicate a belief there’s a strong market for the classes on “technology skills” that the two companies (as well as many of the MOOC platforms) provide. Many companies use these types services to help train their employees to boost their skills or to use particular software, for example, and some offer access to the subscriptions as an employee perk. Some schools also make the subscriptions available to their students, as supplemental course materials.

How will a growing emphasis on technical “skills training” and “job training” change schools?

What are the implications for schools not just of the massive influx of ed-tech investment, but of the growing influence of the “skills training” industry?

Quartz cites Pluralsight’s CEO saying, teachers usually are “really focused on conceptual frameworks, they’re focused on theory rather than technical skills.” He contends that “if you use something like Pluralsight to fill in that gap … it actually solves that problem.” Perhaps.

Pluralsight’s classes, arguably, are for more advanced software engineers, while Lynda.com’s really span a range of levels and topics. Lynda.com also offers a series of programming classes for kids.

How will a growing emphasis on technical “skills training” and “job training” change schools? If the purpose of education is increasingly defined to include “training,” will that mean that more schools turn to these sorts of online services? Will this emphasis re-shape what is taught, how it’s taught?

The investors who’ve poured hundreds of millions of dollars into these companies seem to believe there’s a huge opportunity here. What opportunities will school take in response?