As we head towards EML’s first anniversary at the end of this week, I was interested in reflecting back on the topics we have covered in that time. One hundred newsletters and over 200 posts isn’t a bad start for our first year, and I must say in rereading a few, I found the diversity of topics and the quality of the writing incredibly insightful.

Now you might suggest that as one of the founding publishers I should think that, which is entirely reasonable. However in all fairness, my first reflection on the past twelve months was that there has been an awful lot going on that we’ve done our best to cover for you, and I’m pleased that under Will and Audrey’s editorial control you hopefully feel a little better informed about some of the key issues.

My second reflection was in regard to the sheer breadth of the topics that are impacting on school leaders. Everything from Audrey’s articles on The Problem with “Personalization”, and then Student Data and Privacy, to Bryan Alexander’s Preparing Modern Learners for College, through to Kris Shaffer’s piece on Sustainable Pedagogy. …and there of course there are a couple of hundred more on our site. It’s becoming even more demanding than ever for modern leadership, but hopefully we’ve been able to get to the heart of a number of the major topics for you and provide insight that you found useful.

Finally, I continue to be both inspired and frankly numbed when I think about the change we now see and the amount of it we are simply taking for granted.

For one it’s hard to even talk about it without hitting the cliché bell, but of all sectors that have been impacted, my thoughts this week were around music….which may in fact been sparked by the Easter BluesFest I attended with my family in a lovely part of Australia called Byron Bay.

You know how the story goes, but as you read this, just think a little also of the time intervals between shifts.

We’ll make it easy and start with LPs, then cassettes (or 8 tracks if you were a sound zealot), CDs, and then of course Mr. Job’s iPod revolution. But then again,  it wasn’t the ‘digital music player’ that sparked that part of the transformation, because after all it was Mr Sony, not Mr Jobs who invented that.  It was, instead, the subtlety of an idea called iTunes. 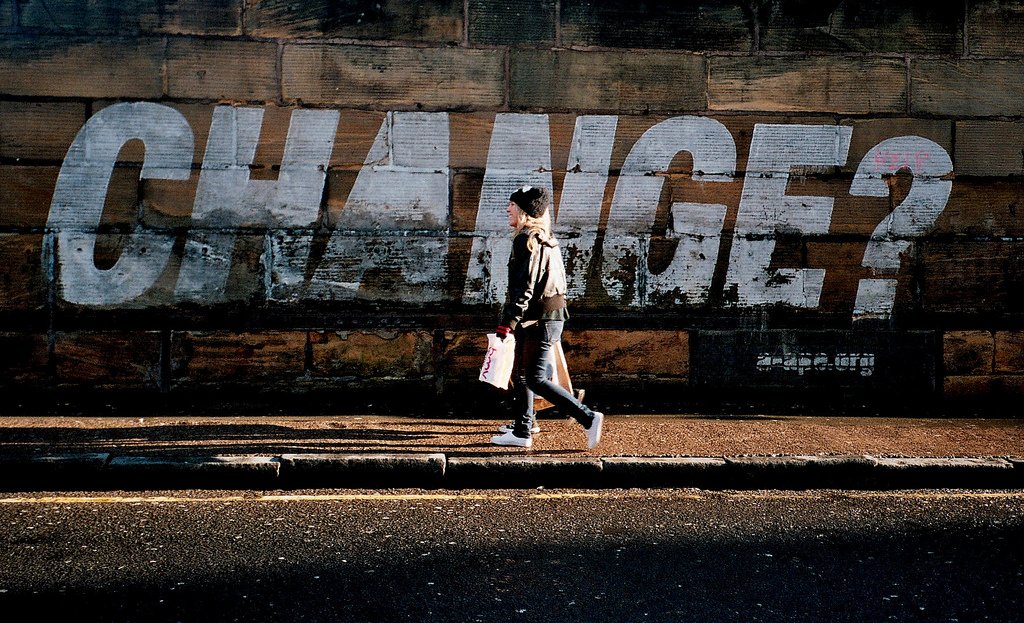 So Apple and their competitors reshaped the music industry, not just in the way we bought and listened to music, but even more profoundly the artist’s business model. All of a sudden, they go from making around $1 per album to 0.57c but in the meantime they are able to increase their exposure at a much lower cost, while production options also increase.

So now we’re talking serious transformation, although some would say revolution…but is it? Before you know it, in comes Spotify, and its competitors, and in a blink, streaming music means we don’t need to own any music, just play it. And the artist gets the princely sum of $0.00029 each time we do. Now it’s Apple’s turn to play catch up, buying Beats to create their own streaming business.

If you were a musician, all of a sudden the business model has completely flipped to where your music is simply publicity for your live gigs. …if you’re lucky. What comes next?

So what does this mean? Well as much as we all try and pretend education is ‘different’, in many ways it’s really not; and if you don’t think we’re in for a lot more change in our own little sector called education in the coming months and years, you better think again.

Which brings me back to where I started.  Don’t worry, here at EML, we’ve got your back…and we hope you continue to find that our newsletters, whitepapers, e-books, Master Classes, podcasts, and workshops support you in your work, and above all help you feel better informed about the things that matter most to you.