EU versus Google. Each week, Educating Modern Learners picks one interesting current event – whether it’s news about education, technology, politics, business, science, or culture – and helps put it in context for school leaders, explaining why the news matters and how it might affect teaching and learning (in the short or in the long run). This week (the week of 13 April), Audrey Watters looks at the European Union’s anti-trust accusations against Google. 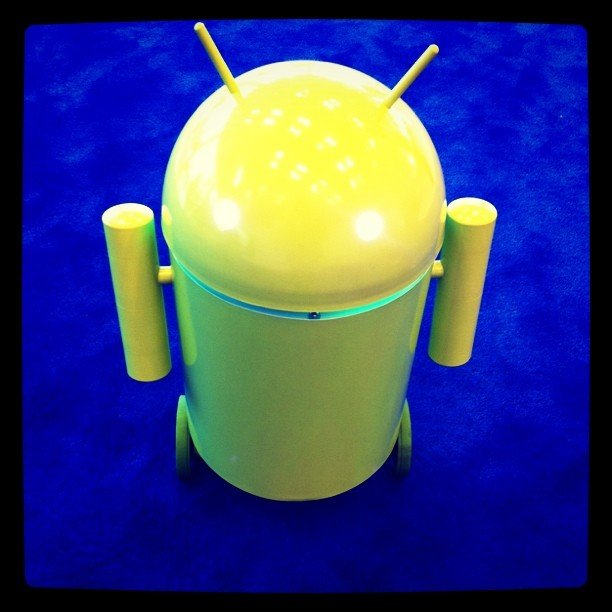 The European Union formally announced this week that it is accusing Google of antitrust violations, arguing that the company distorts search results in order to benefit itself. Margrethe Vestager, the European Union’s competition commissioner, has also opened an antitrust investigation into Google’s Android software.

“If the investigation confirms our concerns, Google would have to face the legal consequences and change the way it does business in Europe,” she told The New York Times.

The focus of one part of the EU investigation involves the accusation that Google diverts traffic away from competitors in order to favor its own shopping search results. (Danny Sullivan, a journalist who specializes in search engine technology, looks at this accusation in more detail and also proposes some solutions, which could include Google simply scrapping the box where it highlights shopping results.)

While the US Federal Trade Commission cleared Google in its antitrust investigation in 2013, this case in Europe is slightly different, if for no other reason than Google’s near total domination of the search engine market there – a 90% share. (According to some, it’s around 68% in the US.) Google also has over 70% of the mobile operating system market in Europe.

The antitrust investigation is the biggest since the case against Microsoft in the early 2000s, and Google could be on the hook for a fine in excess of €6 billion.

For its part, Google has defended its practices in a blog post: “While Google may be the most used search engine, people can now find and access information in numerous different ways – and allegations of harm, for consumers and competitors, have proved to be wide of the mark.”

There are a number of other European policies that affect (or might affect) Google (as well as other US technology companies). As The New York Times reports, “Europe’s antitrust officials are reviewing low-tax arrangements granted to Apple in Ireland and Amazon in Luxembourg, and privacy watchdogs are looking into how securely companies like Facebook are protecting people’s online data. Policy makers are investigating whether American Internet platforms like Amazon have too much control over how Europeans gain access to online services. And in response to a court order, Google in the European Union is having to remove some links in online searches in response to people’s declared ‘right to be forgotten.’”

What Are the Implications for Schools?

Inside Higher Ed’s legal blogger Tracy Mitano writes about the significance of the move to higher education (but her arguments apply to K–12 as well):

All eyes go to the market; it is not a wonder that Yelp is often cited as an example of what kind of companies suffer under Google’s favoritism for its own products, especially in a market where Google enjoys 90% market share for search and in a political world where anti-trust is more stringently defined than it is in the United States. But higher education suffers as well. Whereas U.S. market dominance is, according to sources, somewhere on average 70%, the challenge is not the competition for the sale of goods and services but the public space that this private company occupies in the minds of all teachers, learners and researchers.

Google did not invent search; it refined, commercialized and popularized it to a magnitude of extraordinary success. Its ambitions were never modest, but to organize the world’s knowledge. There’s the rub. That’s what higher education does. And it does so in the name of the pursuit of pure knowledge; some would even be so bold as to say truth. Google does it for material profit. While there are still good public policy arguments in favor of for-profit corporations as drivers of political economy, overtaking not-for-profit higher education’s missions is not one of them. Google acts in both European and U.S. society with so much mind space among consumers that its presence alone beckons regulatory oversight. Let the Yelp’s of the world fight the good fight. Just let us keep in mind that higher education has a stake.

While Google might not have total market share of search, it does have the mind share of educators. And, as Mitano argues, that’s important – and potentially dangerous if access to “the world’s knowledge” gets to be controlled and ranked by one technology company. Do students (and educators) understand how Google works? Do they understand how the search algorithm works, and that it is not neutral? Do they know to look elsewhere for information?

The high stakes for education also involves data and privacy, something that Europe protects far more fiercely than the US. What are the implications of schools – through Google Apps for Education and through Google Chromebooks, for example – routing students’ data through a powerful company, known for data mining? And what are the implications if one company has a monopoly on that data?