To me, some of the most fascinating questions within the larger context of modern learning center on what the future holds in terms of work. (It’s one of the reasons I’m so pleased that Harold Jarche will be a regular contributor to EML moving forward.) While that future is certainly unpredictable, it’s hard to argue any longer that technological advances will have a huge effect on the types and availability of jobs our kids will be working in in the next few decades. And, no question, those same technologies will have huge social implications on all sorts of levels, all of which are highly complex: equity, equal opportunity, income assistance and more. (Some are raising the spectre of a “universal basic income” to offset the losses in jobs to technology.) That’s why the conversation (debate?) around what’s coming has such huge implications for all of us in education, especially I think on the K-12 level.

So naturally, when I saw the Sunday Times piece titled The Machines are Coming by Zeynep Tufecki, I was intrigued. Many of the similarly titled pieces that I read seem to revel in the amazing potentials of technologies to come: robot doctors, self-driving cars, electronic architects, and more. While Tufecki mentions some of that, she takes a much more reasoned approach:

But computers do not just replace humans in the workplace. They shift the balance of power even more in favor of employers. Our normal response to technological innovation that threatens jobs is to encourage workers to acquire more skills, or to trust that the nuances of the human mind or human attention will always be superior in crucial ways. But when machines of this capacity enter the equation, employers have even more leverage, and our standard response is not sufficient for the looming crisis.

Machines aren’t used because they perform some tasks that much better than humans, but because, in many cases, they do a “good enough” job while also being cheaper, more predictable and easier to control than quirky, pesky humans. Technology in the workplace is as much about power and control as it is about productivity and efficiency.

The standard line of thinking is that technology usurps humans because they deliver a higher quality of work than their human couterparts. The reality that technologies may be eliminating jobs because they do a “good enough” job without the inefficiencies and distractions of actual people is sobering, however. (I guess robots aren’t prone to check their Facebook pages during working hours.) As Tufecki points out, the implications of all of that are profound:

This is the way technology is being used in many workplaces: to reduce the power of humans, and employers’ dependency on them, whether by replacing, displacing or surveilling them. Many technological developments contribute to this shift in power: advanced diagnostic systems that can do medical or legal analysis; the ability to outsource labor to the lowest-paid workers, measure employee tasks to the minute and “optimize” worker schedules in a way that devastates ordinary lives. Indeed, regardless of whether unemployment has gone up or down, real wages have been stagnant or declining in the United States for decades. Most people no longer have the leverage to bargain. 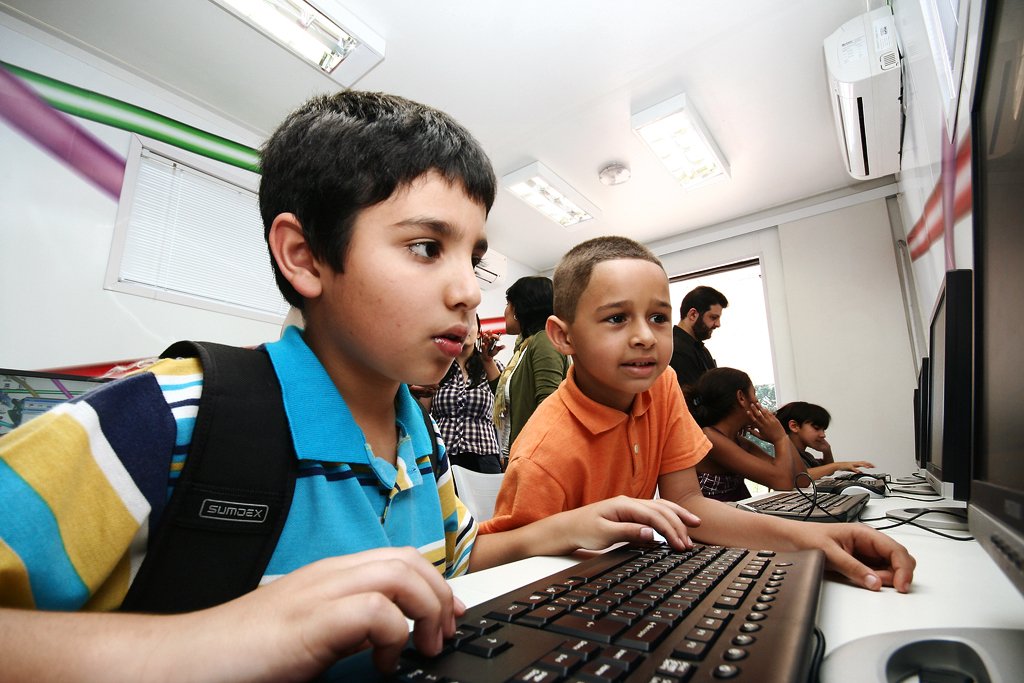 There’s much more, and I urge you to read the whole piece. It’s an important context to consider as we hold discussions in our schools regarding the skills, literacies, and dispositions that our students will need in their futures.

But I wanted to also pull out one snip from the article that I think has direct relevance to the ways we use technologies in schools. Tufecki quotes Harvard social scientist Shoshana Zuboff’s observation that “some workplaces used technology to ‘automate’ — take power away from the employee — while others used technology differently, to ‘informate’ — to empower people.” My mind immediately thought about the parallels to classroom practice in our schools. It begs the question, when we put technology into our students’ hands, are we empowering them as learners, or are we automating them as students? It’s a question each of us should put front and center in our conversations around the technologies we choose and the pedagogies we employ in our classrooms yet, too often, it’s one that’s hardly asked.

Technology in schools is most often about automation. We hand out iPads or laptops, or we tell students to bring their own devices primarily in the service of reading our digital textbooks, handing in homework assignments, or creating simple artifacts that rarely come anywhere near displaying the powerful affordances of the device in hand. I’m struck by how little we seem to consider the possibilities and potentials of powerful computing devices and Internet access in the hands of kids. Or when we do, we see those possibilities as threats, and we severely limit their access and their uses. We give them powerful devices but then set about to “take power away” from them at almost every turn.

What if we saw technology in the hands of students as a way to empower them to do more meaningful, more authentic, more relevant learning and creating in schools than they have ever been able to do in the past? What if, in our deliberations around which technologies to purchase and support, we based our decision not on what was most efficient and least disruptive but, instead, on what created the most opportunities for students to do great work in the world regardless the inconveniences those opportunities might cause for us?

Sure, that’s a shift in the way we think, not just about technology but about classrooms and schools and education in general. But is there any doubt that a mindset to empower students through technology would no doubt make those same students more prepared to flourish in an age when “the machines are coming” and all of the complexities that go along with that?

Would love to know what you think.