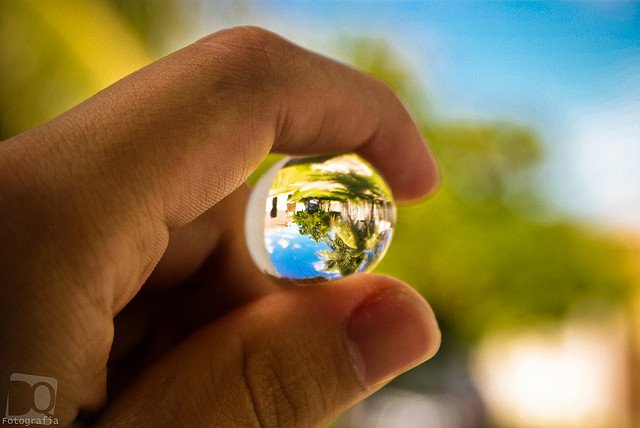 Although I spend a lot of time looking at the past and the present of education technology, I’m just not that good at predicting the future.

Back in January 2012, for example, I wrote a New Year’s blog post predicting that Google would cancel its Chromebooks program. I mean, the company does have a horrible track record for scrapping some well-beloved tools. But adoption of Chromebooks, particularly by schools, has skyrocketed in the past three years, and I don’t think Google’s Chrome OS is in any danger (for the time being, at least).

In the case of my faulty Chromebooks prediction, I hadn’t really accounted for the pressures that the Common Core State Standards assessments would have on school computer purchases. Nor had I considered that schools’ (inevitable, in my opinion) turn away from iPads – because of cost, because of functionality – would be a turn to Google’s device. I hadn’t really considered that schools that were using the free Google Apps for Education productivity suite would be swayed so easily into handing over more of their technology services to the search engine giant. What I’d seen as a risk of relying on Google – its penchant for canceling free services, for data-mining – weren’t viewed by schools as drawbacks to Chromebook adoption.

I joke sometimes that I’m “ed-tech’s Cassandra” – I predict doom; my predictions are mocked and ignored. But when I think about the past, present, and future of ed-tech, I’m serious: it’s actually not that funny.

Is education technology about “delivering content” or is it about “making” knowledge?

Is education technology about “delivering content” or is it about “making” knowledge? Does ed-tech recognize students as subjects of their education? Or does it posit them as objects of others’ education decisions?

Which is the future you’d like to see? Which is the one that you’d predict? Which future are you working towards?

Here’s an easy prediction for 2015: data breaches are going to become more common and more serious. If 2014 was “the year of the hack,” look for this year to be even more… hacked.

Among some of the high profile breaches in 2014: Sony. JP Morgan Chase. Celebrities’ iCloud accounts. The USPS. Target (OK, this was actually in December 2013). The European Central Bank. NOAA’s weather satellites. eBay. Home Depot. And that’s not including the numerous schools – at the K–12 and university level – that experienced security breaches. It’s not including the ed-tech software that was busted for shoddy security practices and iffy privacy policies.

I’m not sure we in education have learned our lesson from 2014. I’m not sure we’ve adopted better security measures – as individuals or as organizations. School data might not seem like the high value target when compared to what cybercriminals leaked from, say, Sony; but schools’ privacy practices and security practices are so lax. Students’ data is certainly at risk.

Schools (and the third party vendors to whom ed-tech services are outsourced to) are collecting more and more data about teachers and students. More data means more risk. Plain and simple.

How Will Students Respond?

As Jessy Irwin argued last year, this data collection also means we are “grooming students for a lifetime of surveillance.” So another prediction: students will become increasingly subversive with their technology usage.

We can see hints of this in teens’ waning interest in Facebook. That’s where parents and grandparents and teachers – “grownups” – are. Teens want to be elsewhere: they’re on Snapchat. They’re using Yik Yak. They’re using After School. These three apps share something in common: promises of ephemerality and anonymity – arguably, a resistance to always being watched and being threatened that “this [tweet, status update, selfie] will go down on your permanent record.”

That these apps are resurfacing concern about cyberbullying – see Google Trends to look at its prevalence as a search term – shouldn’t be viewed simply as a problem with anonymity or with “kids on the Internet.” These anonymous messaging apps highlight all sorts of issues that we cannot blame on technology. Moreover, monitoring students more heavily via technology isn’t going to make these issues go away. Indeed, we might consider that we’re caught in a cycle here where heavy surveillance – by schools, by companies, by teachers, by parents, by peers – drives “bad behavior” elsewhere and makes certain populations even more vulnerable (on- and offline).

Predicting the Future of Ed-Tech Surveillance

And here we come full circle, back not necessarily to Google the company or Google the Chromebook per se but certainly to this idea that all our education data and content will continue to be poured into free technology products and services. Will it? Budgets tell us “yes.” Complacency about data security and data privacy tell us “yes.”

So if I was to predict an end to the notion that “student data is the new oil” – an end to educational data mining, learning analytics, and ed-tech surveillance – it would be very wishful thinking. It would probably end up much like my prediction about Chromebooks. That is, utterly wrong. Again, it’s worth asking: what future are we building for ed-tech?

What if too, instead of looking at what ed-tech product schools are buying, we looked at what students are using – how they are already using other apps to learn in informal settings? What would our predictions about “the future of ed-tech” look like then? And in the face of that, how will schools respond?