Hopefully by now, the excesses of the New Year are well behind, and while Southern Hemisphere leaders may be basking in their vacation sun, Northern colleagues are back at work and focused on the year ahead. I wonder if you managed to pass the first day of the New Year without the mandatory discussion of resolutions, or have they come more to light as the reality of 2015 dawns on you?

Either way, I thought that while there is still time for you to lock in your personal goals for the year, it might also be time to consider some resolutions that have a broader impact, notably on the young people in your charge and those who work with them, your faculty. So as not to appear too extreme, or dare I say, progressive, I have stayed with the traditional view of New Year resolutions, which seem to be all about abstinence, dieting and exercise.

1. Abstain from looking at Literacy and Numeracy through a 20th Century lens – As New Year resolutions often seem to be about giving things up, then surely in 2015, it really is time that we gave up on looking at literacy and numeracy through the narrow lens that holds so many of our young people back, and time to broaden their opportunities and skills.

Shouldn’t this be the year we challenge our staff and our wider school community to re-imagine what literacy and numeracy really should mean to our modern learners, and do something about it? 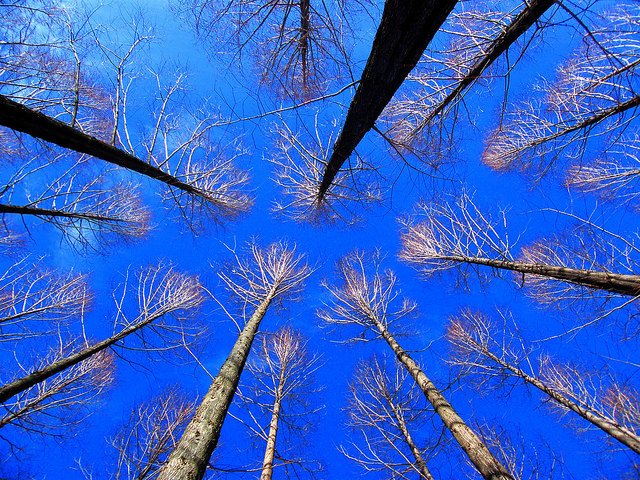 How about we start with some Critical Conversations with staff, students and parents, around modern definitions of literacy, and preface those discussions with readings such as those Audrey Watters listed in an EML Whitepaper last year. If we are going to allow 2015 to be yet another year where journalists and politicians define what we should or should not be doing in our schools, then let’s just give up and hand over our schools to them. For all the chatter, gossip and good intentions about broader, modern interpretations of what being literate in a modern world means, we are still seeing way too much of the narrow focus on traditional skills. (Note to journalists and politicians: in case you misread the prior sentence due to poor comprehension skills, this does NOT mean we ignore those ‘traditional’ literacies)

At the same time, it might be worth engaging the same groups of people in a dialogue around what numeracy, and the way we teach mathematics in a modern context should be. Do we really believe in 2015 that our young people should be developing mathematical competency in the same way their parents and grandparents did, or can we do better? Is it even vaguely possible that having access to a computer may enable modern learners to assign mundane, repetitive processes to the digital device that does it so much better and faster, and allow them to apply much higher-order thinking to enable them to build more complex mathematical understandings? In 2015, we surely have to stop teaching calculating, and start teaching mathematics.

Pre-reading for these discussions must include Conrad Wolfram’s TED talk, and his references on the Computer-based Mathematics site. Don’t be surprised if you find that amongst your discussion groups, it is your parents who are the first to acknowledge the futility of the continued focus on hand-calculated mathematics, because many of them are being confronted by the urgency of the need to change within the dynamics of their workplace.

Oh, and btw, if those conversations really get running, you might also broaden the scope for the group a little by exploring the potential impact that emerging technologies might have on very young learners. If you thought the discussions to date around technology and learning were vigorous, you haven’t seen anything yet. Many more parents are more concerned, or rather confused, about what technology is or isn’t appropriate for their 3 to 6 year olds, than ever raised a voice about older children; and if you think those emerging technologies won’t have any impact on how we view the literacy and numeracy, think again. A challenge, yes, but a real opportunity to show leadership across your community in 2015 about a topic we will be also certainly be discussing more in EML throughout the year.

2. Put your Curriculum on a Diet – New Year’s resolutions inevitably raise the idea of ‘less is good’, and there has never been a better place for this to reside than with curriculum. If you’re genuinely sick of the ‘inch thick, mile wide’ curriculum, then 2015 is the time to change. While the concept of ‘deeper learning’ has escalated from a genuinely good idea to farcical commercial exploitism over the past 12 months, you should not be distracted by that as so many were with Flipping Classrooms Inc. and the caravan that followed.

I have yet to meet an educational leader who doesn’t truly believe that we should engage our modern learners in more relevant, worthwhile and purposeful learning that builds deeper understanding of more complex ideas; I hope 2015 will be a year we get to see more of that belief put into action in our schools.

Starter idea for this resolution: over 24 hours, set your leadership team or faculty a task to name 24 ways in which ubiquitous access to technology provides modern learners with the opportunity for deeper, more relevant learning around more complex ideas and concepts. Then use that exercise as the basis for another series of Critical Conversations over several weeks to build a shared belief across your school/District about how our modern learners are now learning, and you have your recipe for your curriculum dietary plan.

If we are going to allow 2015 to be yet another year where journalists and politicians define what we should or should not be doing in our schools, then let’s just give up and hand over our schools to them.

As a follow-up a few week later, you’ll get even more energy and creativity coming through from faculty when you can then move your discussions onto topics such as agile pedagogy and shared practice, and the new and exciting possibilities that digital-richness makes possible for both teaching and learning.

3. Give your School Schedule some Exercise – This is hard, because this is a very large object that has had only minimal exercise over decades, but it is worth pursuing. In many ways it seems so obvious that this might be a good place to start, because it really sets the agenda for what happens in our schools.

No, I’m not talking about the frivolity of extending the school day so that we can simply do more of the same, but rather simply asking is this the best we can do? Do we really believe that our current school year, day and class schedules are the most appropriate for modern learning, or are there alternatives we haven’t yet considered?

Not wishing to trivialise the impact changes to a schedule might make, but maybe 2015 is the year when we see more schools in more countries take a more open, flexible creative look at the way in which they schedule the times and places for learning. Given we no longer need our students home to work the fields or have the summer break to complete the harvest, we have a platform of possibilities to rethink how and when our students and teachers should engage. Let’s give it a try and see just how far we can go in 2015.

So there you go. That should be easy; a diet, some exercise and a little abstinence and 2015 should be a cracker. On a slightly more serious note, this is way too important a time for our young learners for us to just let another year go by, hoping for things to change. Let’s make 2015, the Year for Modern Learners, and most importantly, let’s commit to making things happen.

All the very best for the year ahead, from the team at EML.