Scott Looney talks to us about grades 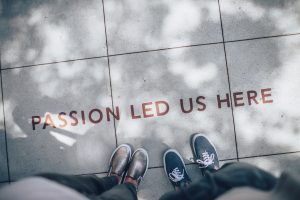 Photo by Ian Schneider on Unsplash

We are thinking outside the box today about the foundational elements of grades and high school transcripts in the US educational system. Scott Looney is the Headmaster at the Hawken School in Cleveland, Ohio, and the founder of the Mastery Transcript Consortium (MTC). He discusses his attempt to get schools together and on board with a totally different way of assessing what kids do in school and how they achieve. He uses a transcript that has no numbers, but is all about competency-based achievements.

The grading model was a terrible idea when it began, and it’s only become more corrupted. --@slooney #modernlearners #clclearns #changeschool Click To Tweet

Scott explains what MTC is all about and how it came to be. The goal is the mastery of real-world problem-solving skills and the development of assessments based on competency and proficiency, all driven by the interests, abilities, and individual strengths of each student. Scott calls the traditional high school transcript model “a broken instrument that’s only grown more corrupt.” Colleges are realizing the inherent flaws in their system and standards of student selection, as evidenced by the quality of students they are enrolling. Scott is facing this problem head-on, and has created a transcript prototype that is opening the eyes of college admissions personnel, and there are now 160 schools in 15 countries that are part of MTC, using this new model. I think you’ll find Scott to be knowledgeable and passionate about this topic of our grading system and the need for change!

Kids often come to the conclusion that the system is rigged against them . . . . and they QUIT. #modernlearners #clclearns #changeschool Click To Tweet

The Future of Education: Why Hawken has to Lead

www.changeleaders.community  Find out about the FREE 30-day trial! 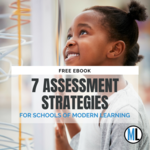 ~ A complete resource kit for schools exploring changes in assessment.

~ An in depth analysis of the factors that have given rise to current practice.

~ Critical conversation starters and links to resources that provide a platform to lead school community initiatives for a change in assessment practice.

~ Strategies that provide school leaders with choices in how they can initiate and sustain change in assessment practice.

~ Questions to provoke a deeper conversation across the school community.

Success! Now check your email to confirm your subscription.